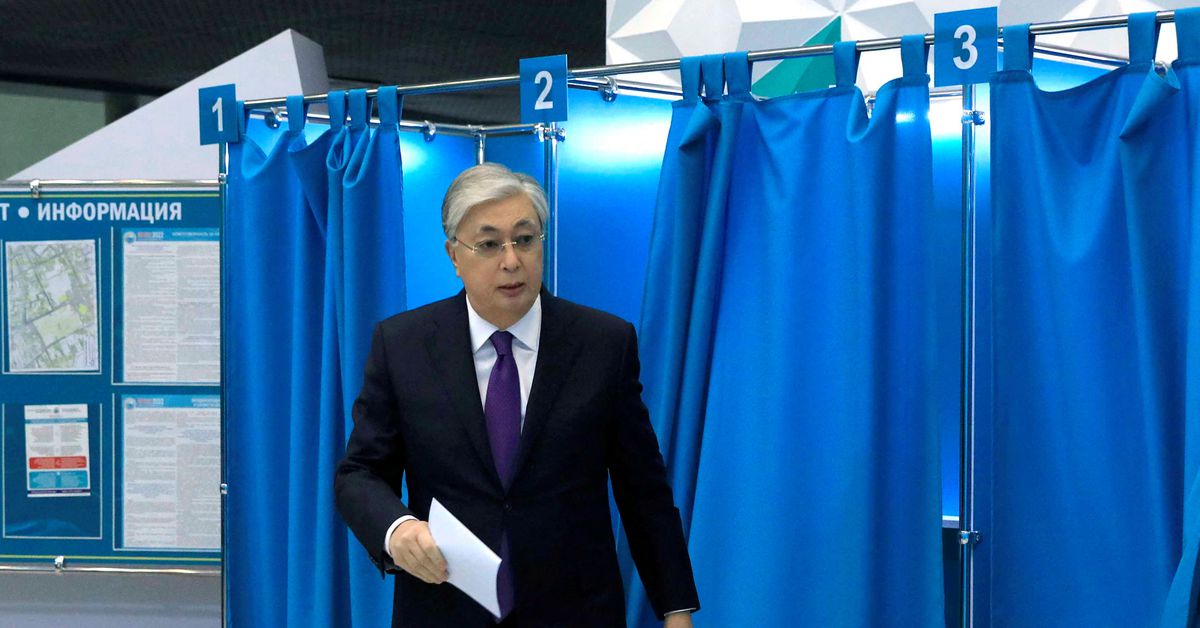 Kazakh President Kassym-Jomart Tokayev, who has openly defied major ally Russia over its invasion of Ukraine, secured a second term in Sunday's snap election with 81.31% of the vote, the central Asian nation's electoral commission said on Monday.
He had been widely expected to extend his rule over the oil-rich nation by seven more years, with a strong mandate to continue his increasingly independent foreign policy, as the former Soviet republic navigates the Russia-Ukraine crisis.

"We can say that the people have expressed convincing confidence in me as president and all of you," Tokayev, 69, told his staff earlier, referring to exit polls that favoured him.

The campaign will "go down in history", added the former diplomat, whose first major international meeting after his re-election is set for Nov. 28 with Russian President Vladimir Putin in the Russian city of Orenburg.

Tokayev told Putin at a meeting during the summer that Kazakhstan would not recognise the pro-Russian separatist statelets in eastern Ukraine that Moscow later claimed to have annexed.

Voter turnout in Kazakhstan's snap election was 69.44%, with five other candidates scoring in the low single digits, data showed. Voters' second most popular choice was "against everyone", with 5.8% of ballots.

Observers from the Organization for Security and Cooperation in Europe said the vote underlined the need for further legal reforms to ensure genuine pluralism.

"The incumbent stood as the joint candidate of all parliamentary parties and, in effect, was not meaningfully challenged in a low-key campaign," the mission said.

Kazakhstan's foreign ministry said the statement by the OSCE's Office for Democratic Institutions and Human Rights "lacks objectivity and puts in question the effectiveness of the ODIHR as an important institution".

Prompted by the exit polls, several fellow central Asian leaders congratulated Tokayev on Monday before the preliminary results. Congratulations from Beijing and Moscow came after the official announcement.

The European Union said it would continue to work with Kazakhstan under their Enhanced Partnership and Cooperation Agreement and back a roll-out of important reforms to enable "a fully transparent and competitive political environment as key steps towards a new democratic and fair Kazakhstan".

Tokayev won his first election in 2019 with the backing of predecessor Nursultan Nazarbayev, but the two fell out this year amid violent unrest in the nation of 20 million, and Sunday's vote consolidated his power as an independent leader.

"The new strong mandate from the people also gives President Tokayev a stronger background from which to pursue the promised reforms aimed at building a just and fair Kazakhstan, including strengthening the rule of law, which surely is a welcome sign as far as foreign audiences, primarily businesses, are concerned."