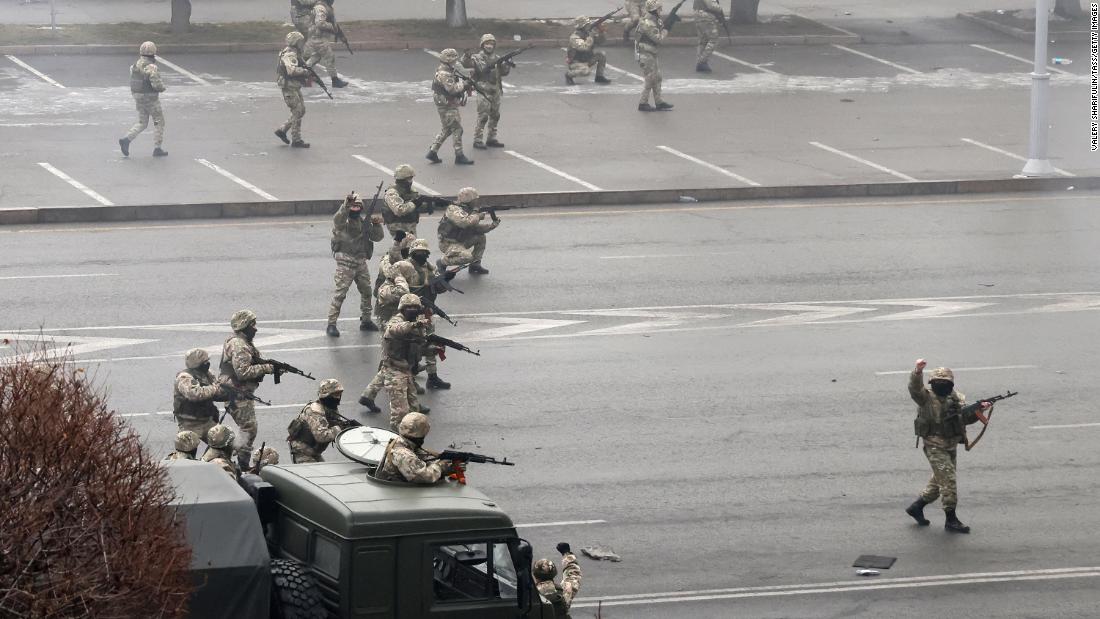 At least 164 people have been killed and more than 5,000 detained during violent upheaval in Kazakhstan this week, as unrest swept the nation and the death toll ticked even higher.

Deadly protests that erupted in in the Central Asian country in recent days have seen the government resign and the declaration of a state of emergency as troops from a Russia-led military alliance have been deployed to help contain the unrest.

The death toll -- a significant increase from Friday's count of 44 -- was announced Sunday on state-run TV channel Khabar 24, citing the Kazakhstan Ministry of Health.

The unrest is the biggest challenge yet to autocratic Kazakh President Kassym-Jomart Tokayev's rule, with initial public anger over a spike in fuel prices expanding to wider discontent with the government over corruption, living standards, poverty and unemployment in the oil-rich, former Soviet nation, human rights organizations report.

CNN has been unable to verify the government's claims.

The CSTO -- which includes Russia, Belarus, Armenia, Kazakhstan, Kyrgyzstan, and Tajikistan -- deployed forces following an an appeal from Tokayev for help from the alliance after unrest broke out across Kazakhstan on Wednesday, including in the largest city, Almaty. 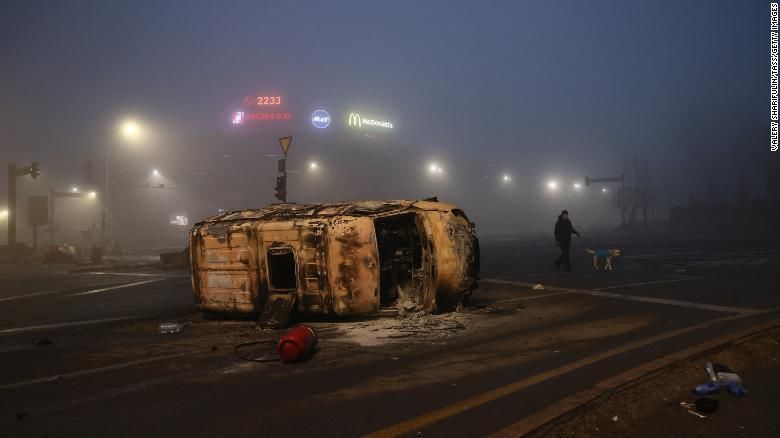 Unrest in the country has seen buildings and property destroyed. 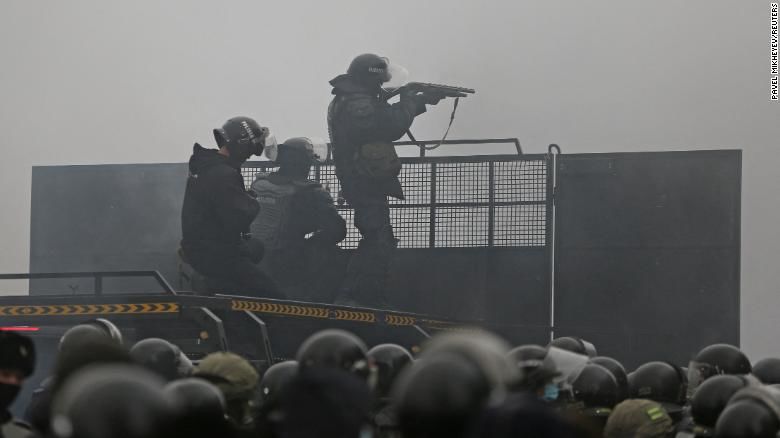 Kazakh law enforcement officers are seen on a barricade during a protest triggered by fuel price increase in Almaty on January 5.

Serdyukov said the forces are "performing tasks to protect important military, state and socially significant facilities in the city of Almaty and adjacent area," and will remain in the country until the situation is "fully stabilized."

The country's central bank has also temporarily suspended currency exchanges in what it says is needed for both the exchangers themselves and their employees and customers, Khabar 24 reported.

The banking system will be restored in stages depending on the priority of social significance of services for the population and business, Khabar 24 also reported. The payment system for loans, pensions, allowances and salaries will is expected to resume working as usual throughout the country from Monday.

The European Union has made clear it "strongly condemns" the widespread acts of violence in Kazakhstan and outside military support "should respect the sovereignty and independence" of the country, EU foreign policy chief Josep Borrell said in a statement on Saturday.

"We deeply regret the loss of life and strongly condemn the widespread acts of violence," he said.

"Outside military support should respect the sovereignty and independence of Kazakhstan as well as the fundamental rights of all citizens," he added.
Meanwhile, Pope Francis has prayed for the victims of the violent protests seen in recent days in Kazakhstan, he said Sunday after his weekly Angelus prayer.