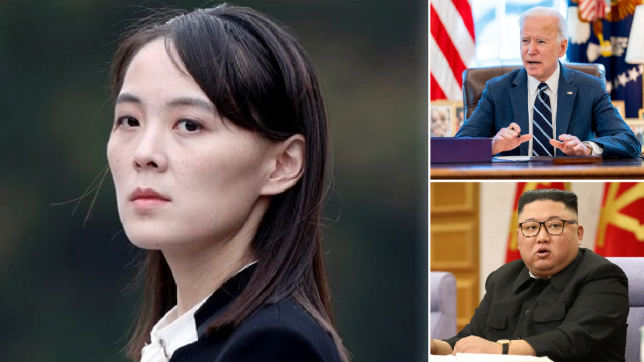 Kim Jong Un’s powerful sister Kim Yo Jong has issued a threat to the United States, warning Joe Biden ‘not to give off powder smell in our land.’ The North Korean despot’s sister appeared to be referring to gunpowder in a message where she advised America not to invade North Korea.

Kim Yo added: ‘If it (the US) wants to sleep in peace for the coming four years, it had better refrain from causing a stink at its first step.’ The message was issued by North Korea’s state KCNA news agency, and is the first direct message from the dictatorship to Biden’s administration since he took office in January.

It came as new US Secretary of State Anthony Blinken made his first overseas trip, to Tokyo. Blinken told an audience there that the US would work with Asian allies on ending North Korea’s nuclear weapons program, and also work to tackle China’s ‘coercion and aggression’ in the region.

The Secretary of State will head to South Korea next, in a bid to reassure its President Moon Jae In that the US plans to adopt a more traditional approach to tackling the threat posed by North Korea, NBC News reported. 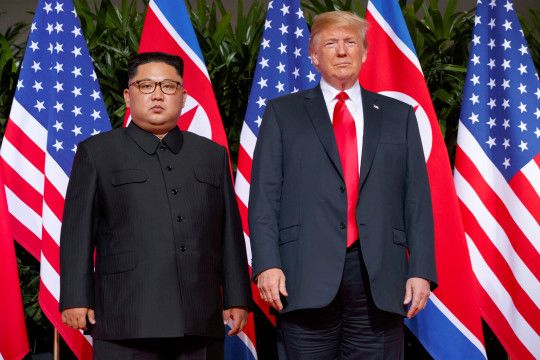 Relations between the US and North Korea are unlikely to return to the warmth seen during the Donald Trump era, when the former president became the first US leader to meet a sitting North Korean ruler

Donald Trump began his term in office with a series of blood-curdling threats to Kim Jong Un over Twitter, including one where he vowed to unleash ‘fire and fury like the world has never seen,’ if North Korea attacked the US or its allies.

But the two leaders gradually developed a rapport.

That culminated in a historic June 2018 summit in Singapore which saw Trump become the first sitting president to meet a leader of the pariah nation.

Trump and Kim vowed to work together to build North Korea’s shattered economy, in return for the country ending its nuclear program.

But political analysts say the meeting handed Kim a huge PR coup, without having to make any concrete promises to Trump.

Relations between the two countries have since returned to the deep freeze, and are unlikely to improve during Biden’s time in office.