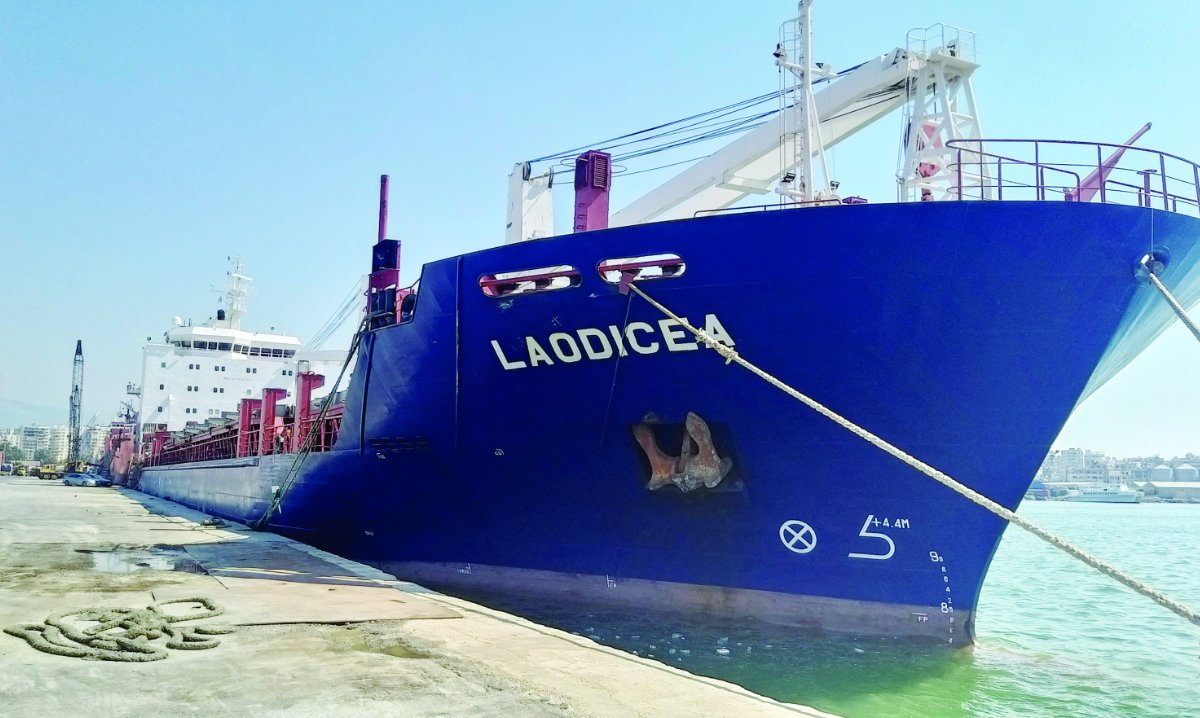 A judge on Friday ordered the seizure of a cargo ship docked at Tripoli in northern Lebanon carrying 5,000 tons of flour allegedly stolen from Ukraine.
The vessel, the Laodicea, is Syrian, and subject to US sanctions. The cargo is owned by Loyal Agro, a grains trading company in Turkey, which said it had provided Lebanese customs with documentation showing the source of the cargo was legitimate.

However, the Ukrainian Embassy in Beirut said the vessel was “carrying 5,000 tons of barley and 5,000 tons of flour that we suspect was taken from Ukrainian stores.” It said a judge in Ukraine had issued a ruling to seize the vessel and the cargo after an investigation.

A Loyal Agro spokesman said the cargo had initially been destined for Syria but the company decided to offload 5,000 tons of flour in Lebanon because of bread shortages there. He said flour could be sold for up to $650 a ton in Lebanon, compared with $600 in Syria.

Bakeries in Lebanon were inundated this week by frustrated crowds in a country where about half the population is food insecure.

Lebanon used to import most of its wheat from Ukraine, but shipments have been disrupted by Russia’s invasion and blockade of the main Black Sea ports.

Nasser Yassin, Lebanon’s caretaker environment minister, said: “Lebanon respects international laws. The ship said to be stolen from Ukraine and docked in Tripoli has not been offloaded.”

He said the matter was being looked into by the Lebanese ministers of economy and public works.

Some Lebanese observers fear certain parties may take advantage of the economic and political chaos in Lebanon to smuggle goods into Syria and circumvent US sanctions, especially following claims that the Laodicea belonged to the Syrian General Directorate of Ports.

A Lebanese Economy Ministry source told Arab News: “Importing wheat or flour from abroad doesn’t require the approval of the ministry unless it was subsidized by the central bank.

“Other than that, private companies and mills have the right to freely import wheat or flour, provided that the Lebanese customs check the legitimacy of the importation.”

Lebanon’s Minister of Foreign Affairs Abdallah Bou Habib said Lebanese authorities had not yet been able to “determine the source of the flour and barley cargo carried by the ship.”

He said Lebanon had “received a number of complaints and warnings from a number of Western countries” following the docking of the ship.
The new maritime row comes a week before Lebanon marks the second anniversary of the Beirut port blast on Aug. 4.