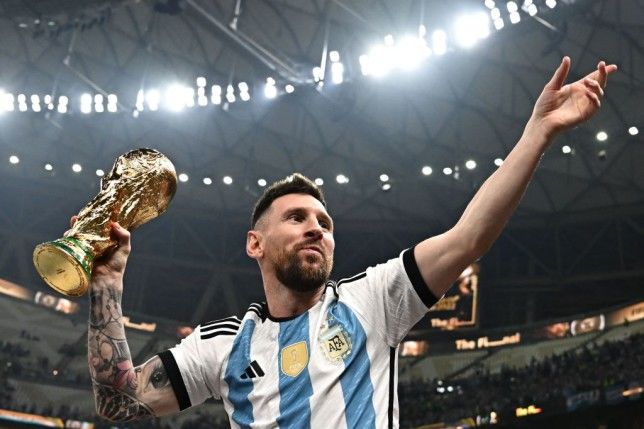 Lionel Messi insists he has no intention of retiring from international football after inspiring Argentina’s World Cup triumph.

The 35-year-old was widely expected to confirm that Sunday’s showpiece would be the last time he would represent his country on the global stage.

After inspiring their first victory since 1986, however, Messi confirmed it was his intention to play on and be present in four years’ time when America, Canada and Mexico will play host.

‘I want to keep playing as World Cup champions with Argentina shirt.’

Messi produced a timeless display against France, scoring the opener from the penalty spot and playing his part in the goal which put his side 2-0 up after just 36 minutes. 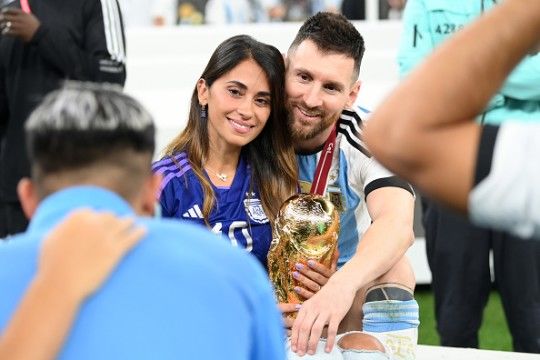 Lionel Messi celebrated with his family after Argentina beat France in the World Cup final
Messi put Argentina ahead with just 12 minutes remaining, but an Mbappe penalty ensured a pulsating contest went the distance as he became the first man since Sir Geoff Hurst in 1966 to score a World Cup final hat-trick.

Both Messi and Mbappe scored in the shootout but it was the former who was able to celebrate the greatest triumph of his trophy-laden career.

‘It’s crazy that it happened this way’ he added. ‘I knew God was going to give it to me, I had a feeling it was going to be like this.

‘Now I’m going to enjoy. It was long awaited but here it is. Look how this cup is it, it’s beautiful. We can’t wait to be in Argentina to see how crazy it’s going to be.’

For Lionel Scaloni, the tournament’s youngest manager, the heroics of his team was almost too much to comprehend.

‘The match was completely insane,’ he said.

‘We could and should have won it in 90 minutes but I wasn’t lucky enough. But now, I have the best feelings ever. We were fighters despite the goals we conceded. We kept on fighting

‘These players pay for their people. They play for the Argentinian fans. There are no rivalries. Everyone is pulling in the same direction. It is the greatest pride when you pay for your country. They broke their backs and won the title.’