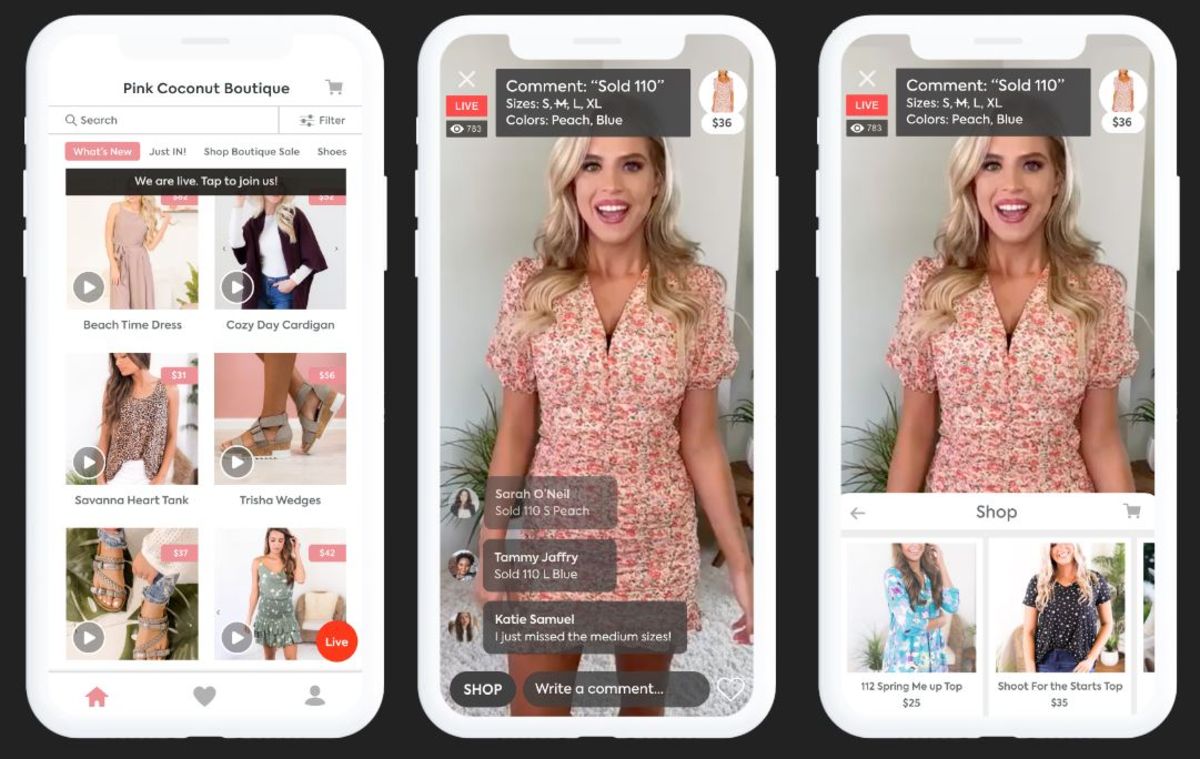 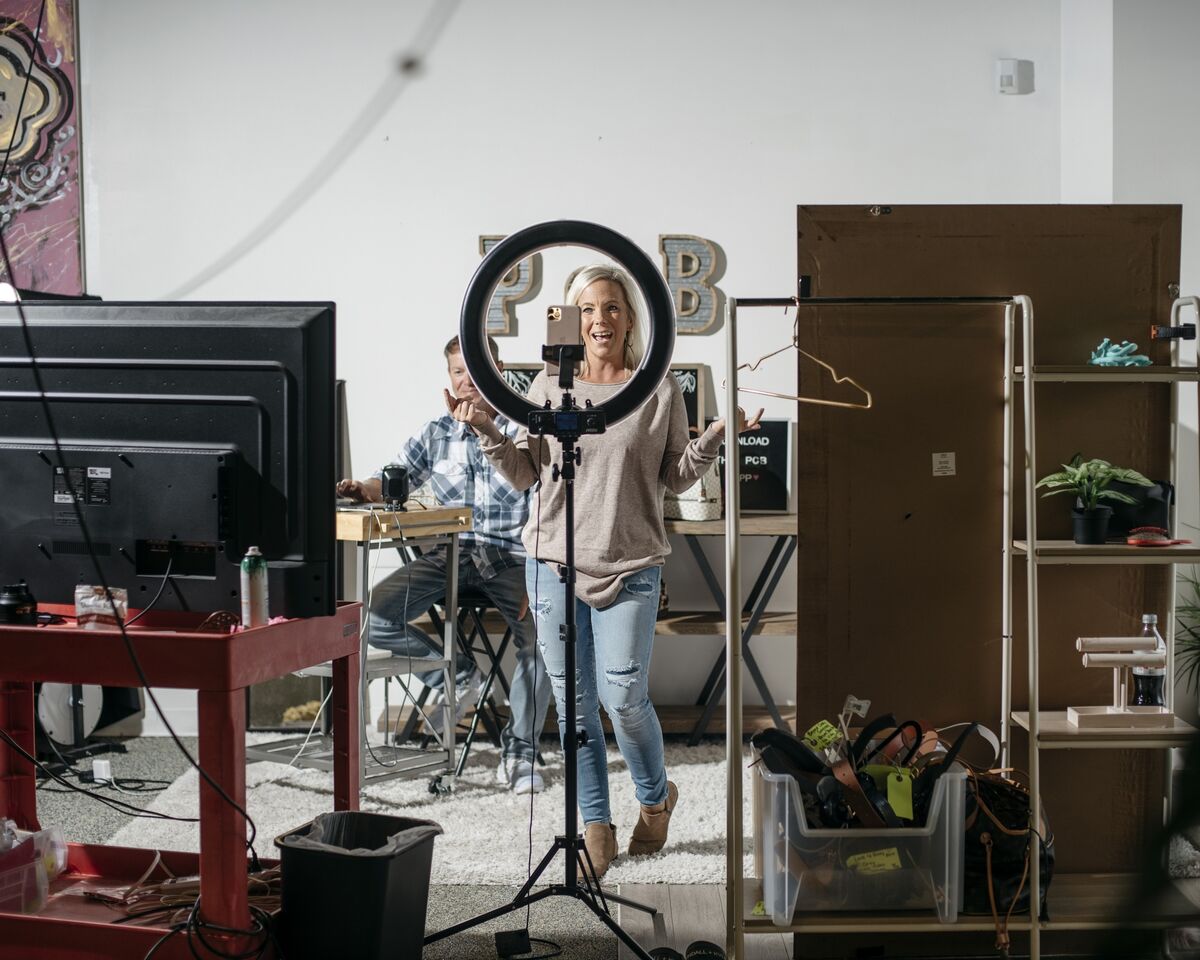 Sheri Hensley, co-owner of Pink Coconut Boutique, models clothes during a livestream from Olive Branch, Mississippi. She and her husband, Mic (seated), have doubled their company’s sales thanks to a boom in viewership during Covid-19.

E-commerce in the U.S. is on the cusp of big change.

A quarter century after Amazon’s founding, shopping online in America is largely the same experience: People click around a website and buy stuff. But this next phase promises a major evolution, by intertwining streaming video, social media and celebrity into a shopping experience that has the potential to further disrupt an already-battered retail industry.

So-called streaming e-commerce-or live selling-allows almost anyone (celebrities, influencers or your local store owner) to quickly create their own shopping television channel that’s also a social network and e-commerce platform-at a tiny fraction of the cost. Another way to think about it is imagine if Instagram was where you made a lot of your discretionary purchases from live video appearances by people you follow, like buying Cardi B’s purse. Or instead of just liking a picture of a fashionista in a cute dress, she’s selling it directly to you. 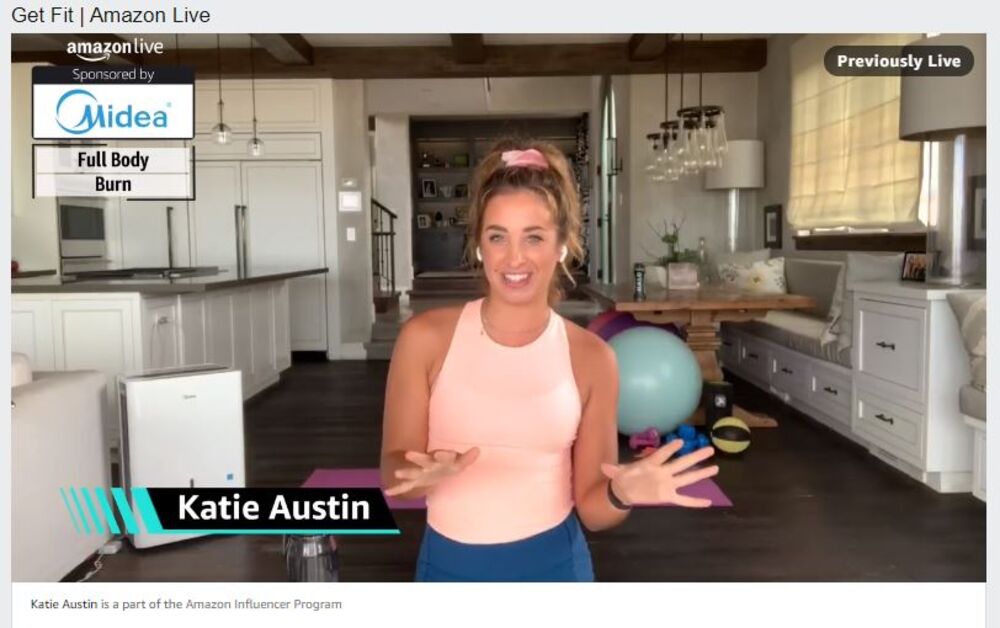 Katie Austin, a fitness instructor, hosts an hour-long workout on Amazon Live. During the stream, she takes breaks to pitch the sponsored brand’s dehumidifier. Below the video, links to products she’s using, like Under Armour shoes, scroll across the screen.

This kind of shopping generated $60 billion in global sales in 2019 and should almost double this year, according to Coresight. The U.S. accounts for a tiny sliver of that, less than $1 billion, but after taking off in China and other parts of the world, it’s growing quickly in America, including in apparel, makeup and even booze.

TalkShopLive, which debuted in 2018, is still small as it approaches 2 million users, but sales are up about seven-fold during Covid-19. At Brandlive, which works with hundreds of manufacturers, revenue is expected to double in 2020. CommentSold has seen a 50% increase in spending per viewer this year and more than a three-fold jump in retailers adopting streaming, as annual sales made over its platform are expected to rise from $326 million to $1 billion.

At Ntwrk, a mobile app that uses live shows to sell collectibles, like limited-edition sneakers, sales have surged 400%. Earlier this year, it sold $120,00 worth of gold-colored vacuum sealers from a celebrity jeweler in five seconds and some shows have topped $1 million in sales in less than 10 minutes.

Big companies are investing, too. Amazon has a streaming platform, which hosts daily shows on fitness, makeup and cooking. In May, Facebook started rolling out a live selling feature to its platforms, including Instagram. HSN and QVC, owned by Qurate Retail, have long put shopping broadcasts on Facebook and YouTube, and this year it’s planning to launch an interactive streaming shopping service, said Mike George, its president and CEO. The goal is to enable consumers to give feedback and to make purchases without leaving the stream, he said.

“Overall, we see that as an enormous opportunity for us,” George said. It’s a “very logical evolution of our business.”

So why is this catching on now? Like so many things, the coronavirus pandemic accelerated changes in behavior. The closing of retail shops to slow the virus pushed more people online. That incentivized companies to invest in e-commerce and web marketing. All the added competition boosted digital advertising expenses that before Covid were considered so high and unsustainable that online-only brands rushed to take out leases and open stores as a cheaper way to acquire customers.

Live selling in other markets has been successful at increasing how often a purchase is made because there’s more product information than traditional ads, and it’s often coming from a host consumers already know and trust. The shows can keep customers engaged for tens of minutes, even hours, thus increasing the chance to sell them more things.

Streaming also adds an emotional connection to online shopping, which can increase loyalty and peck away at one of the few advantages brick-and-mortar stores have with their sales staffs.

In one TalkShopLive show, a woman pitched her handmade bowls and blankets during a mountain camping trip, while making sure to respond to viewer comments in the online chat like they were friends. Some streamers in Asia are so popular that their fans show up nightly to watch.

“It’s a very personal interaction,” said David Barker, chief marketing officer at ReaderLink, North America’s largest distributor of books that has authors on TalkShopLive. “If you are just on Instagram or Twitter, it comes across very promotional.” 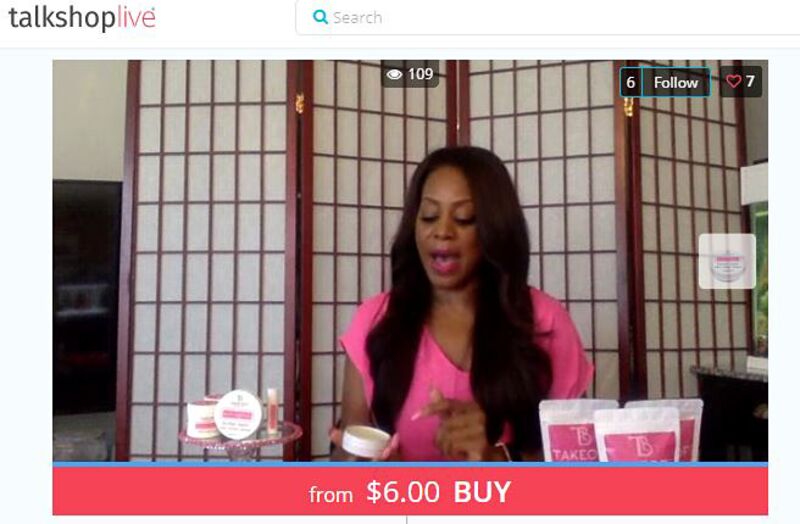 Roshanda Payne goes in depth on her makeup brand, Takeoff Beauty, during a 26-minute stream on TalkShopLive.

Hosts such as Viya in China might be where the rest of the world is headed. She’s sold cars, even homes, to her millions of fans. It’s all made possible by online ecosystems, like Alibaba, that operate the video stream, e-commerce, payment and delivery. Purchases are seamless with one click, so viewers never have to leave the show.

By comparison, buying online in the U.S. can still be clunky and disjointed, with its collection of payment networks, marketplaces and lenders. But companies are waking up for the need to blend e-commerce and social media-just look at the bidding war for TikTok. That’s why personalities like Viya are likely to emerge in the U.S., according to Weinswig.

After Covid hit the U.S. in March, Stephen Zenter, a 36-year-old engineering manager in Houston, was stuck at home, but used TalkShopLive to take part in an album release party for singer Sara Evans. He asked another country entertainer, Karyn Rochelle, to sign the album he’d purchased. He also used it for mundane tasks, like querying an Illinois bakery about the ingredients in its banana bread.

“It’s fun just to log on and do the video chat with them,” Zenter said. “Being able to interact with the sellers is pretty cool." 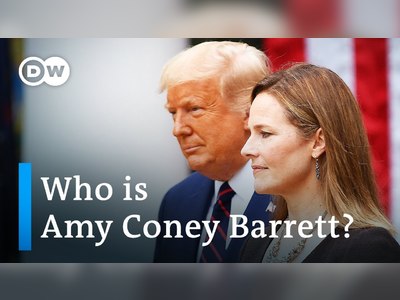 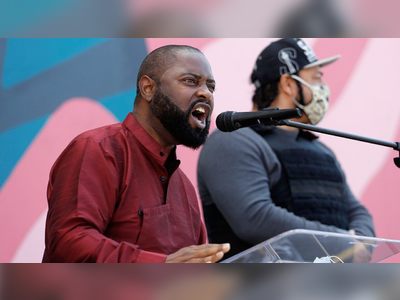 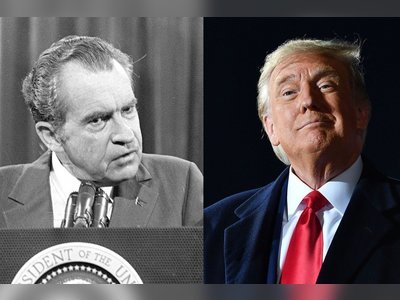