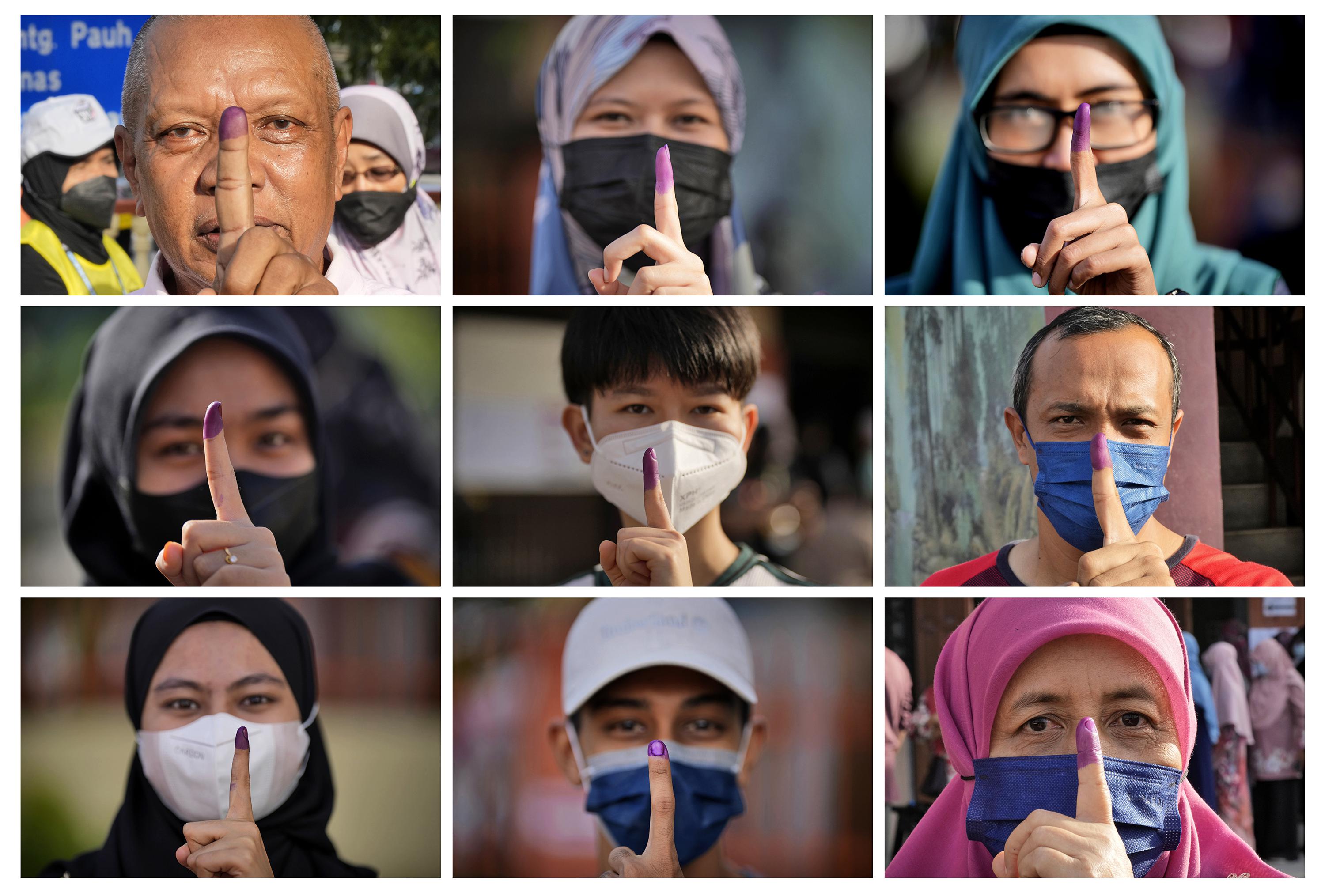 Malaysia tumbled into fresh political turmoil Sunday after a tightly contested general election delivered a hung Parliament with no clear winner and a surprising surge of support for an Islamist party.
Opposition leader Anwar Ibrahim’s reformist alliance secured the biggest gain with 82 out of 220 Parliamentary seats, but fell far short of a majority. Trailing close behind was former Prime Minister Muhyiddin Yassin’s Malay-based Perikatan Nasional, or National Alliance with 73 seats.

The alliance led by the United Malays National Organization, which ruled Malaysia since independence from Britain until 2018, fared worse than in the last polls with upsets in a number of seats in a clear sign of rejection from Malays, who opted for Muhyiddin’s bloc. It won only 30 seats.

Among other key election losers was two-time former Prime Minister Mahathir Mohamad, who at 97 is leading a separate Malay movement.

Many rural Malays, who form two-thirds of Malaysia’s 33 million people, which include large minorities of ethnic Chinese and Indians, fear they may lose their rights with greater pluralism. This, together with corruption in UMNO, has benefited Muhyiddin’s bloc. Its ally, the Pan-Malaysian Islamic Party, or PAS, emerged the key winner. It more than doubled its haul to 43 seats, making it the single largest party in the country. PAS, which touts Sharia, rules three states and has a strong Muslim base.

“Malays who don’t like UMNO swung to PAS, as they could never accept Harapan, which they perceived as too liberal and accommodating to non-Malays,” said Oh Ei Sun of the Singapore Institute of International Affairs.

The outcome will now see horse-trading as both Muhyiddin and Anwar scramble to form the government. They will need support from two blocs on Borneo island that jointly hold 28 seats. Ironically, UMNO has also now become kingmaker.

Anwar told a news conference that he has obtained support in writing from lawmakers to obtain a simple majority. He said this will have to be submitted to the country’s king, who will have the final say.

“We have obtained the majority … majority means more than 111,” he said.

Muhyiddin, meanwhile, said he had received a letter from the palace indicating his bloc may have been given preference to form a government over Anwar. He said he was confident he could form a stable government and is willing to work with anyone except Harapan.

UMNO leader Ahmad Zahid Hamidi said in a statement that his alliance accepted the results. He said the National Front is willing to set aside differences to ensure a stable government can be formed but gave no further details.

Polling for two federal seats has been postponed after the death of a candidate in one constituency and bad weather in another.

The economy and rising cost of living were chief concerns for voters, though many are apathetic due to political turmoil that has led to three prime ministers since 2018 polls.

Anger over government corruption had led to UMNO’s shocking defeat in 2018 to Anwar’s bloc that saw the first regime change since Malaysia’s independence in 1957. The watershed polls had sparked hopes of reforms as once-powerful UMNO leaders were jailed or hauled to court for graft. But political guile and defections by Muhyiddin’s party led to the government’s collapse after 22 months.

UMNO bounced back as part of a new government with Muhyiddin’s bloc, but infighting led to continuous turmoil.