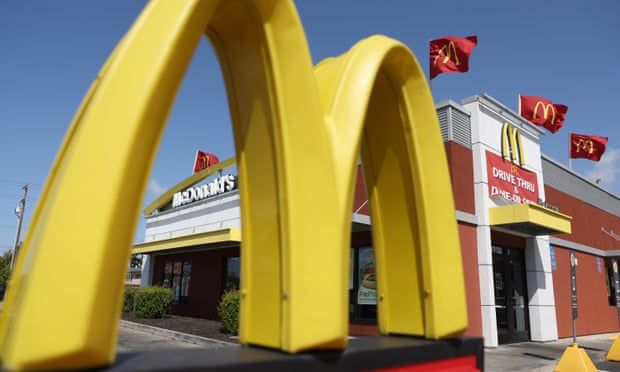 Rosalia Manuel of San Jose, California worked at McDonald’s for 24 years, first starting when she was 17 years old.

On 8 July, Manuel was fired from her job, a decision she says was made in retaliation for reporting the sexual harassment of a co-worker to corporate HR, while she was told the termination was because she didn’t take a work break early enough in her shift.

In February, Manuel witnessed a co-worker running to the bathroom to hide from a male co-worker, after which the co-worker told her about the sexual harassment she was experiencing from the male co-worker, who was related to one of the managers.

The male co-worker continuously propositioned her co-worker, bought her gifts, touched her inappropriately and offered to pay her to go to a motel with him. Manuel reported the harassment on her behalf to corporate HR, which resulted in the male co-worker’s removal from the store, but their manager was irate with Manuel for not reporting it to her.

“They started messing with us. They started getting on top of us, writing complaints for any little thing,” said Manuel.

The harassed co-worker was written up, suspended for a week, and then fired. On 1 July, Manuel was written up for taking a break too late while the store was short-staffed, and was fired when she returned to work on 8 July.

“I was shocked. I went to my car and started to cry because I knew I had done the right thing, yet I was being fired and punished for it,” said Manuel.

She has filed a complaint over her firing with the Equal Employment Opportunity Commission.

“They want us to be quiet,” added Manuel. “I want people to know what’s going on, how they are exploiting us, and at the same time they’re saying something else in their promotions.”

In 2020, a class-action lawsuit was filed against McDonald’s in the US over systemic sexual harassment issues in restaurants, representing 5,000 women at more than 100 McDonald’s locations. A judge denied the company’s motion to dismiss the lawsuit in 2021.

In April, McDonald’s reached a $1.5m settlement over a separate class-action lawsuit filed in 2019 over sexual harassment issues in Michigan.

An international coalition of labor unions in 2020 filed a complaint with the Organization for Economic Cooperation and Development in the Netherlands against McDonald’s, accusing the company of systemic sexual harassment globally, citing numerous incidents in the US, Brazil and France.

In Brazil, the senate held a public hearing on 8 August over working conditions in fast-food chains, prompted by numerous incidents of sexual harassment and racism at McDonald’s restaurants in Brazil.

Gabriel Milbrat, who testified at the hearing, won a settlement against McDonald’s after he experienced numerous incidents of sexual harassment and racial discrimination while working at a McDonald’s in São Paulo. He quit his job after a manager who was sexually harassing him had snuck up on him in the break room and ejaculated on him.

“That was my cue to leave McDonald’s, leave everything behind. It was in the middle of the pandemic and my mom was sick at the time, she had had a labor accident, and I was thinking to myself and asking God, come on there’s a pandemic, everything is shut down, how can I find another job because I was the only person who had a salary at home?” Milbrat told the Guardian.

McDonald’s has also faced numerous other allegations of abuses around the world, including a recent $1.3bn settlement for tax evasion in France and being forced to remove antitrust clauses in franchising contracts in Italy after an investigation into anti-competitive concerns that began in 2021.

In Australia, a union representing more than 250,000 current and former McDonald’s workers filed a claim in August seeking up to $250m in alleged unpaid wages for denied rest breaks.

Workers in the US have decried other forms of retaliation and discrimination at McDonald’s, in addition to low wages and working conditions during the Covid-19 pandemic.

Seberiana Reymundo, a McDonald’s worker in Saratoga, California, for 15 years, filed a complaint earlier this year over not being paid sick leave while fighting cancer and undergoing chemotherapy. She also claimed her hours were cut after she requested accommodations on the job while she was waiting for a liver transplant.

“They said, ‘You’re no use to me,’” said Reymundo. “My doctor wrote a note, I got the note and brought it to my managers and after I presented them with my doctor’s note and that’s when they started retaliating against me.”

McDonald’s did not comment specifically on the allegations or lawsuits.

In regards to the US allegations, a spokesperson said in an email: “McDonald’s has been clear that sexual harassment will not be tolerated. Everyone who works under the Arches should be able to confidently show up to work each day in a place that is safe, respectful and inclusive. As announced in 2021, McDonald’s is requiring Global Brand Standards at all restaurants worldwide effective January 1, 2022, to reinforce our commitment to these values.”

In regards to the Brazil allegations, the spokesperson added: “Arcos Dorados, the company that operates McDonald’s restaurants in 20 countries in Latin America and the Caribbean, does not tolerate any practice of harassment or discrimination.”
#COVID-19  #Covid