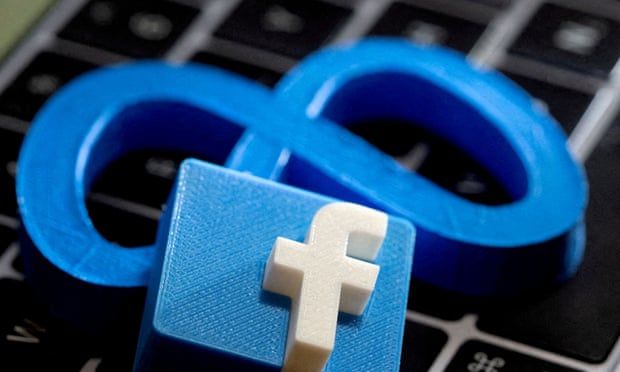 Meta investors brace for a difficult quarter after stocks nosedive

After losing a record $230bn in market value due to a disappointing earnings report in February, analysts are hoping to see progress
Meta experienced a historic nosedive in value earlier this year amid a major rebrand and shake-ups to its business model – and investors are bracing for another difficult quarter.

Meta lost a record $230bn in market value after a disappointing earnings report in February, in which it revealed Facebook had recorded its first-ever drop in daily user numbers.

While investors will be eagerly watching Meta’s first quarter report on Wednesday for signs of recovery, a “full turnaround is not expected”, said Debra Williamson, principal analyst at market research firm Insider Intelligence.

“It is going to be slow progress for Meta after its massive stock decline last quarter,” she said. “But we – and advertisers in particular – are hoping to see some progress.”

Meta’s struggle was not completely unexpected: chief executive officer Mark Zuckerberg had warned that new privacy rules from Apple could cost the company $10bn in lost sales this year. The regulations prevent Meta from collecting certain user data and have prompted the company to shift some of its core advertising business models.

One such shift is placing substantial emphasis on Reels, its shortform video content that it has yet struggled to monetize. The company warned in last quarter’s report that year-over-year growth could continue to be affected in the first quarter of 2022 by these issues.

“We expect continued headwinds from both increased competition for people’s time and a shift of engagement within our apps towards video surfaces like Reels, which monetize at lower rates than Feed and Stories,” said the CFO, David Wehner, in a guidance statement.

Meta’s pivot to video represents an effort to retain young users – a key advertising demographic that has been leaving Facebook and Instagram in droves. The age group provides 97% of Meta’s revenue, documents leaked by the company whistleblower Frances Haugen have shown, but is being lured to competitors like TikTok.

Meta has a “formidable competitor in TikTok”, said Williamson, and has yet to create a sustainable business model in response. “They said last quarter they were going to figure out how to better monetize Reels,” she said. “This quarter, we are looking for signs that is actually happening.”

Meanwhile, the company’s proprietary virtual reality platform, the Metaverse, is sucking away large amounts of funding from core businesses such as Facebook and Instagram. Meta funneled $10bn in funding into the platform in 2021 alone – more than 10 times what it paid to acquire Instagram in 2012.

“We see no reason to believe that this quarter for Meta will be significantly different than last,” he said. “Meta has announced new monetization schemes for its Metaverse investments, but adoption is still low.”

User numbers are critical to Meta’s success – and a historic loss in users on its Facebook platform was one of the most impactful takeaways from its 2021 fourth quarter report. That loss underscored that Meta’s biggest short-term challenge is to stem the decline in usage, Williamson said.

“This was a wake-up call to the market and also to the advertising community that this is a platform that is flattening – it is not the sexy, bright shiny object any more,” she said.

User numbers will probably be further hit by bans of Meta products in Russia – where it hosted millions of users – amid its ongoing war with Ukraine, said Martin Garner, COO at market research firm CCS Insight. The country blocked Facebook and Instagram in March, citing Meta as an “extremist organization”.

“With next week’s results we expect Meta to continue its run of challenging quarters,” he said.
#Mark Zuckerberg  #Facebook