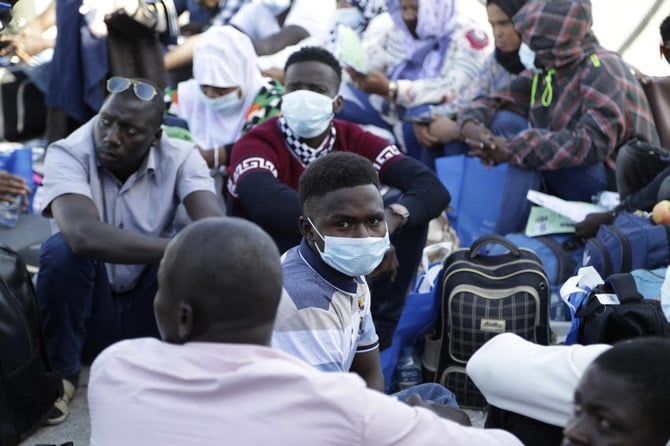 More than 29,000 people have died on migration journeys to Europe since 2019, with 5,000 perishing in the last two years, the International Organization for Migration said in a report issued Tuesday.

The Missing Migrants Project of the UN agency warned of “increasing numbers of deaths seen on routes across the Mediterranean, on land borders to Europe and within the continent.”

According to its report, the deadliest migration route continues to be the Central Mediterranean, where 2,836 migrants and refugees have died since January 2021 attempting to reach Italy or Malta by crossing mainly from Libya and Tunisia.

The second deadliest is the Atlantic route from West Africa to Spain’s Canary Islands, where more than 1,500 deaths were recorded since 2021.

But the project’s researchers acknowledged their tally was likely an undercount given the difficulty of collecting and confirming information on “invisible shipwrecks” — boats that vanish at sea without witnesses.

Rising numbers of deaths also were observed in other areas that border Europe, as well as in Greece, the Western Balkans and the English Channel, according to the report.

Many of the deaths “could have been prevented by prompt and effective assistance to migrants in distress,” IOM’s Missing Migrants Project said in a statement.

For the first time, the project released statistics on deaths related to so-called pushbacks, or forced expulsions, by European authorities. It counted 252 deaths based on reports from survivors.

Pushbacks are unlawful according to both international and EU law as they violate the right to seek asylum and a principle prohibiting the return of anyone to a place where they would face a real risk of persecution, torture or a threat to life.

“Such cases are nearly impossible to verify in full due to the lack of transparency, lack of access, and the highly politicized nature of such events, and as such these figures are likely an underestimate of the true number of deaths,” the report states.