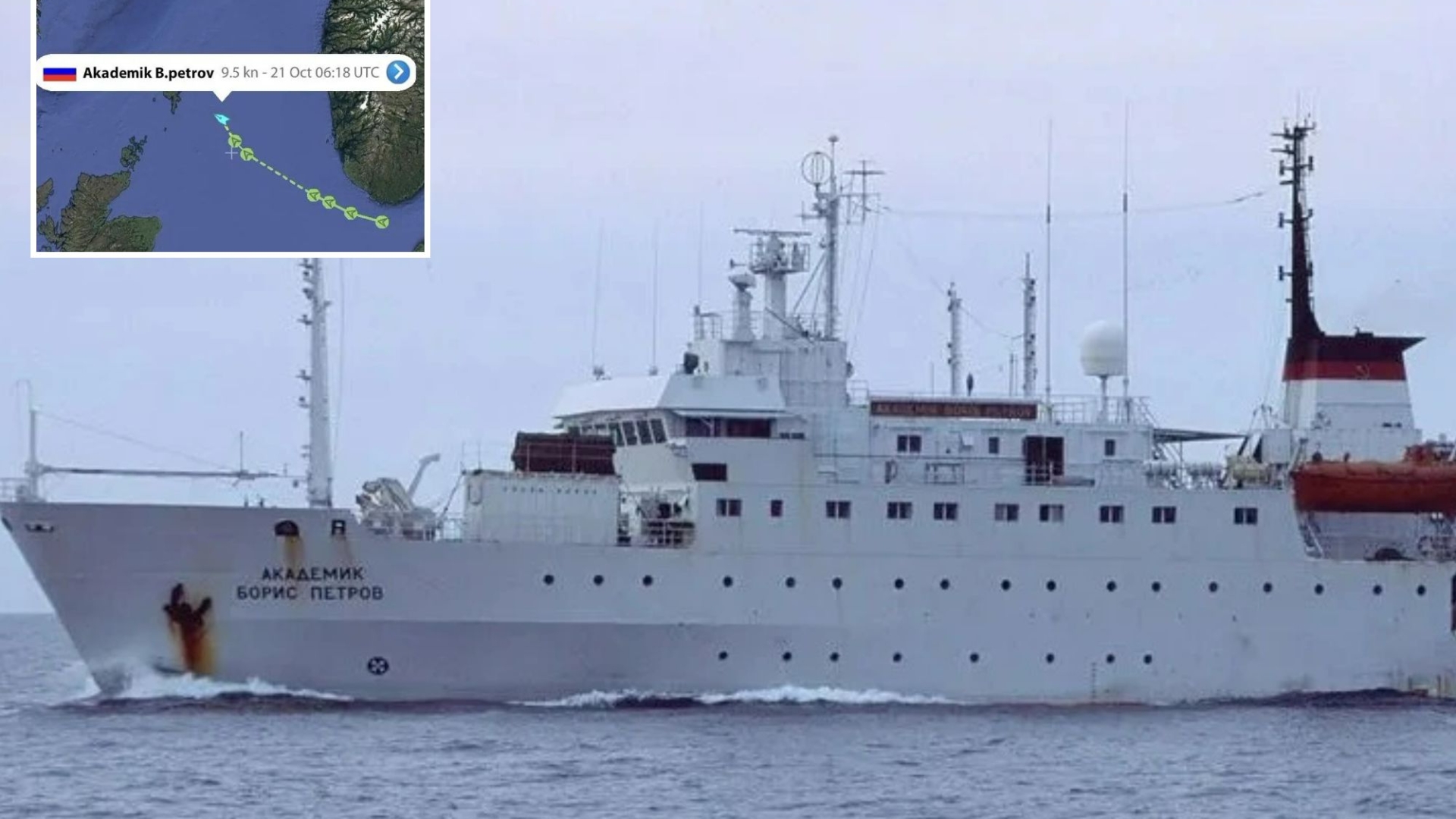 THE mystery over severed undersea power cables off Shetland has deepened after it emerged a Russian "research ship" was clocked in the area.

Engineers battled to restore internet and phone communications after islanders were completely cut off from the mainland on Thursday. 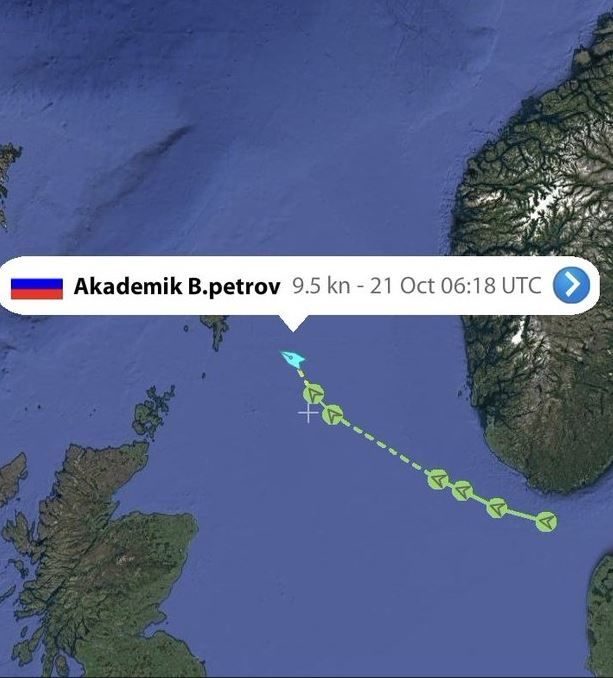 The spy ship was tracked by Britain's Royal Navy

The Dutch warship HNLMS Tromp later moved to a position North East of the Isle of Lewis to intercept and escort it away from UK waters.

Akademik Boris Petrov has now carried on its journey to Brazil.

The ship originally left Kaliningrad on October 17 for its expedition.

Its original route was set to see it go through the English Channel into the Atlantic.

But after it left Skagerrak it changed route and passed vital underwater infrastructure in the North Sea.

It was also expected to go through sensitive waters off Faslane Naval base where Britain's nuclear submarine is based, according to the Auxiliary Shipping Forecast blog.

The route was also meant to pass through waters off northwest Ireland where critical transatlantic infrastructure is kept.

The Shetland Isles were plunged into a comms blackout Thursday after an undersea cable was cut - knocking out phone and internet connection to the region.

A major incident was declared after the serious outage left the remote North Sea islands cut off from the mainland.

A Ministry of Defence source said at the time a civilian fishing trawler was believed to have caused the damage.

Tensions are high after the Russian attack on the Nord Stream undersea gas pipeline last month.

"The provocative change of route is almost certainly strategic messaging to the United Kingdom and is highly likely intended to raise tensions," reports the Plenty Of Ships blog.

The Royal Navy is understood to be "monitoring and assessing" Akademik Boris Petrov's operations.

The ship is bristling with a high-tech kit for underwater surveillance and intelligence gathering.

It is reportedly a "vessel of interest" for Western militaries.

Norwegian media said it is a "spy ship" despite its official scientific purpose.

“It’s registered as a research vessel but it functions as a spy ship,” Ståle Ulriksen, an instructor at Norway’s naval academy, told broadcaster NRK.