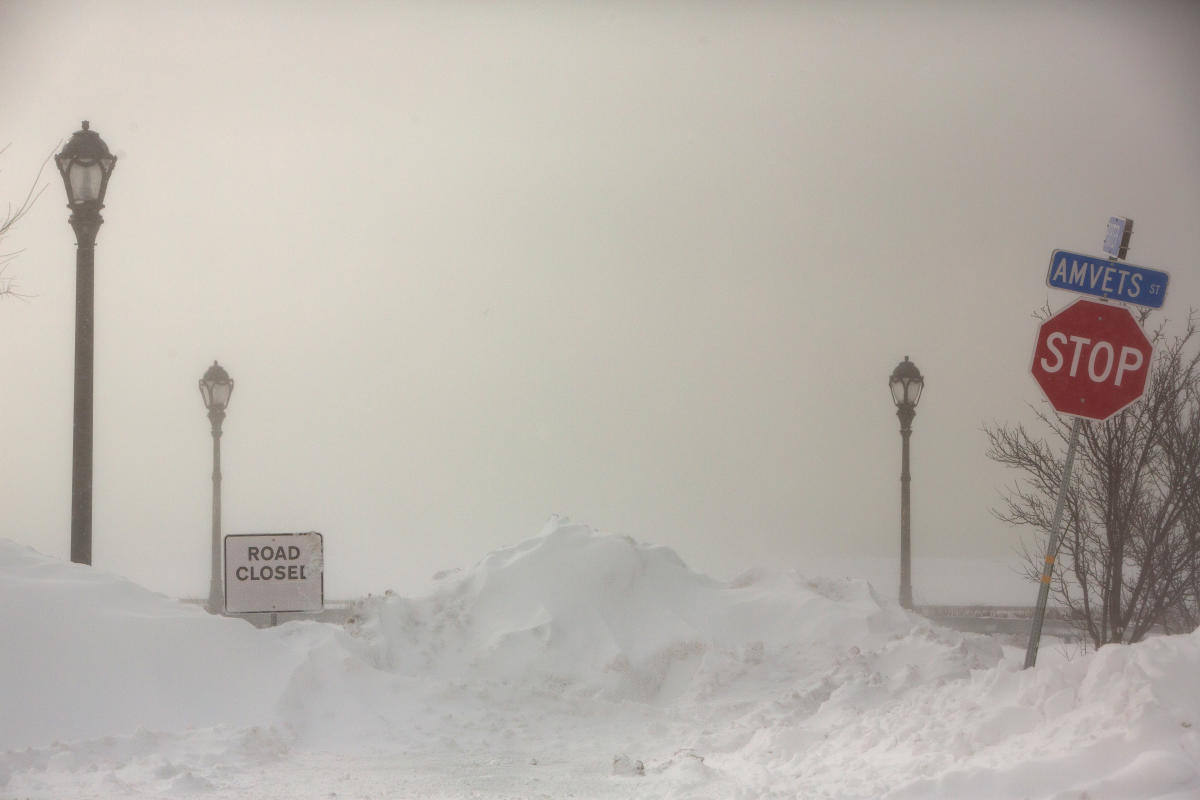 NASA: Yes, it's freezing cold. No, that doesn't mean climate change is a hoax.

As temperatures across the continental United States plummeted this week as a polar vortex descended across the country, the National Aeronautics and Space Administration made sure to remind Americans that the Arctic outburst does not mean that climate change isn't happening.
In a tweet posted Thursday, NASA Climate, a division of the space agency, pointed to the long-term trends since humanity began pouring greenhouse gases into the Earth's atmosphere.

On its website, NASA Climate explains that though "the Earth's climate has changed throughout history," the rate of change being experienced since the dawn of the Industrial Revolution is unprecedented, approximately 10 times faster than the average rate of warming experienced following an ice age. The causal mechanism that explains our accelerating rate of warming, the greenhouse effect, was established in the mid-1800s.

"It is undeniable that human activities have produced the atmospheric gases that have trapped more of the Sun’s energy in the Earth system," NASA Climate says on its website.

While the impulse to deny climate change based on the immediate weather conditions outside one's window is tempting, it's also worth remembering that the Earth's warming is a global phenomenon and that while one area may experience frigid temperatures, the planet as a whole continues to heat up.

In February 2021, a polar vortex descended on the Great Plains, extending as far south as Texas, leaving more than 4.5 million homes and businesses without power and resulting in the deaths of more than 170 people. Studies have since linked the severe winter outbreak to climate change. Due to the fact that the Arctic is warming faster than any other region on Earth, those higher temperatures have been shown to disrupt the behavior of polar vortices, weakening them so that they wander south over the continental U.S.

Those seemingly counterintuitive findings have done little to assuage the climate change denialism that regularly proliferates across social media in the winter months, promoting versions of the view "If global warming is really happening, how come it's so cold outside?" Perhaps the most famous instance of that faulty logic occurred in February of 2015, when Sen. Jim Inhofe, R-Okla., brought a snowball onto the Senate floor.

"In case we have forgotten because we keep hearing that 2014 has been the warmest year on record," said Inhofe, then the chairman of the Environment and Public Works Committee, "I asked the chair, do you know what this is? It's a snowball just from outside here. So it's very, very cold out. Very unseasonable."

While the fact is that along with the rise in atmospheric CO2, average temperatures have risen since the late 1800s and sea ice has diminished, the planet will continue to experience cold winters for decades to come.

"The bottom line is that not only are extreme cold events not inconsistent with the 1 degree [Celsius] of warming that we've already had, we can expect them to continue in the foreseeable future," Noah Diffenbaugh, a climate scientist at Stanford University, told Yahoo News in 2021.

That can even include record low temperatures like the ones that swept over much of Canada this week. What's more telling, however, is the longer-term trend in which the number of record high daily temperatures continues to outpace the number of record lows by a ratio of 2:1, according to a 2009 study conducted by the National Center for Atmospheric Research. Computer models suggest that disparity will grow to 20:1 by 2050 and 50:1 by 2100.

But now, with more than 1 million homes in the U.S. without power, thousands of flights canceled and roadways coated with ice, there is a similar temptation to dismiss the reality of climate change. On Twitter, for instance, a wave of climate denialism has coalesced using the hashtags #ClimateScam and #ClimateHoax.

Renowned climate scientist Michael Mann, director of the Penn Center for Science, Sustainability and the Media at the University of Pennsylvania, has watched with dismay as climate denialism on Twitter has spiked this winter.

"Twitter was a primary medium for dissemination of the facts surrounding the climate crisis," Mann told E&E News, an environmental news platform, in an email. "By infecting the online discourse w/ massive troll and bot armies, it becomes very difficult to communicate these facts, which is precisely what polluters and petro-state bad actors like Russia and Saudi Arabia want."

While there's little doubt that bots promoting climate denialism have run amok, their effect can be felt at holiday gatherings and even in the halls of Congress by those who assert that cold weather proves climate change isn't real. For climate scientists like Peter Gleick, the co-founder of the Pacific Institute in Oakland, such views are, by now, all too familiar.