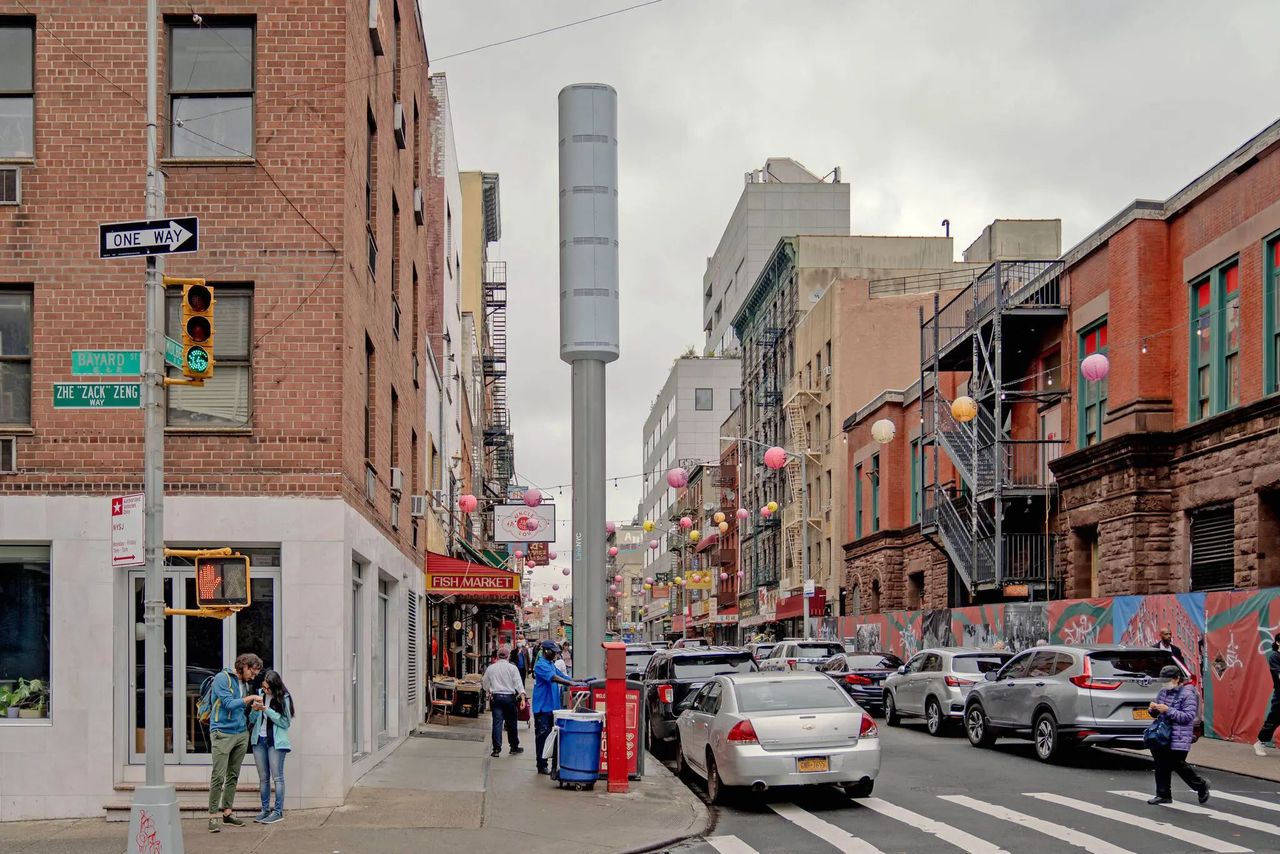 NYC residents complain about ‘ugly’ LinkNYC 5G poles, providing free WiFi to the people and deeper surveillance to the government

What Are Those Mysterious New Towers Looming Over New York’s Sidewalks?
As the city upgrades to 5G wireless, the streetscape is changing. Not everyone is impressed.
The idea is to provide free and equitable telecom and connectivity services to the people and deeper surveillance to the government.

But LinkNYC is getting dinged for aesthetics and the placement of 32-foot structures around the streets of New York City.

Some residents are calling them eyesores. Others are worried about safety due to their placement. “No one asked us about the design or where they should go. We have notes,” said a Brooklyn neighborhood group on Facebook.

As The New York Times wrote last weekend, the “towers” are part of LinkNYC efforts to install about 2,000 Link5G poles over the next several years in an effort to help eliminate the city’s “internet deserts.” A prior attempt to cover the city with Wi-Fi connectivity didn’t come to pass and led to an overwhelming number located in Manhattan, Brownstoner reported.

In July, Colorado-based Comptek Technologies took credit for its role in this latest 5G deployment, announcing it served as the designer and manufacturer of the Link5G poles. It did so in collaboration with ZenFi Networks, the CityBridge Consortium and Antenna Design.

At the time, ZenFi Networks co-founder and CEO Ray LaChance said they were "thrilled" with the result and excited to showcase Link5G across New York and across the country.

As of now, most of Link5Gs have not yet been activated and are in various stages of activation, optimization and testing processes, according to the New York City Office of Technology and Innovation (OTI). The OTI says 90% will be deployed in underserved areas – neighborhoods in the Bronx, Brooklyn, Queens, Staten Island and above 96th Street in Manhattan.

“LinkNYC was designed to address New York’s pervasive digital divide, and our kiosks have already played a pivotal role in getting New Yorkers online,” a LinkNYC spokesperson told Fierce.


To date, its program has provided free high-speed Wi-Fi to over 12 million users. “Our next-generation Link5G kiosks will double down on that work, bringing free Wi-Fi for those who need it, better cellular service for everyone, and investment in broadband infrastructure to communities across the five boroughs, with equity at the core of our rollout,” the spokesperson added.

It’s certainly not the first time residents of a U.S. city fought the installation of 30-foot poles.

But some New York City residents are complaining they weren’t consulted about the placement of the Link5G poles and are asking they be moved. Both the OTI and LinkNYC said they sought and continue to seek “extensive” community review.
#Facebook