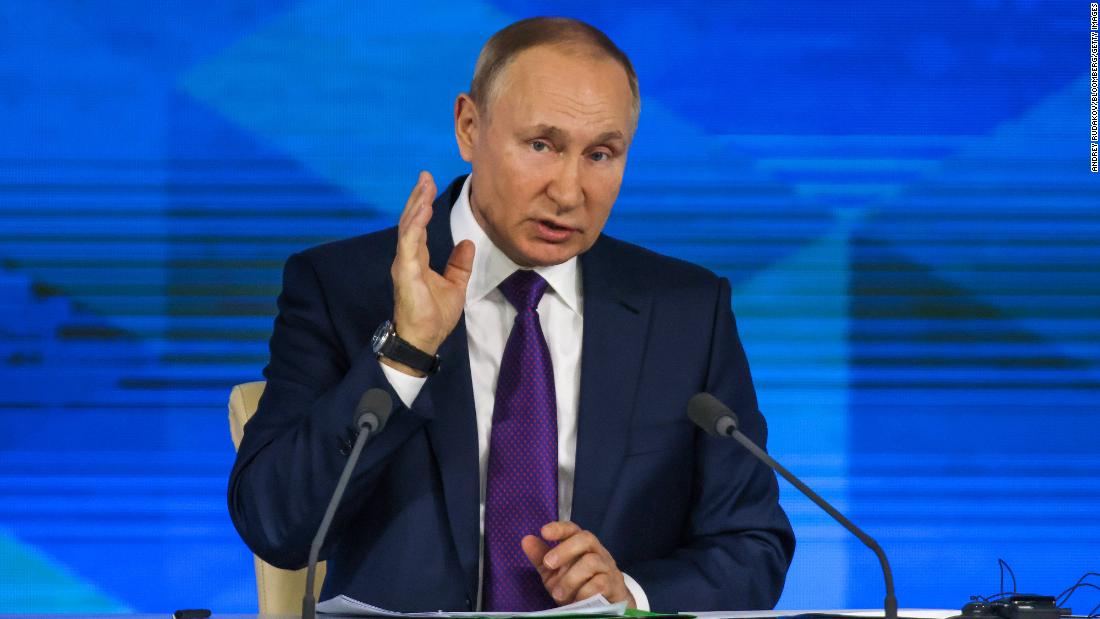 Russian President Vladimir Putin has said that the ball is in NATO's court when asked about increasing fears of war in Ukraine during his annual press conference on Thursday morning.

In response to a blunt question on whether Russia will invade Ukraine, Putin said: "How would the Americans react if on their frontier with Canada we deployed our missiles ... it's a question of security and you know our red lines."

Putin was addressing the build-up of Russian forces on the Ukrainian border over the past few months. He said that it was simply a response to NATO's expansion towards the east and that he would continue to act in Russia's interest.

"They just deceived us blatantly. Five waves of NATO expansion. And there you go -- they're now in Romania and Poland, with weapons systems," Putin said. 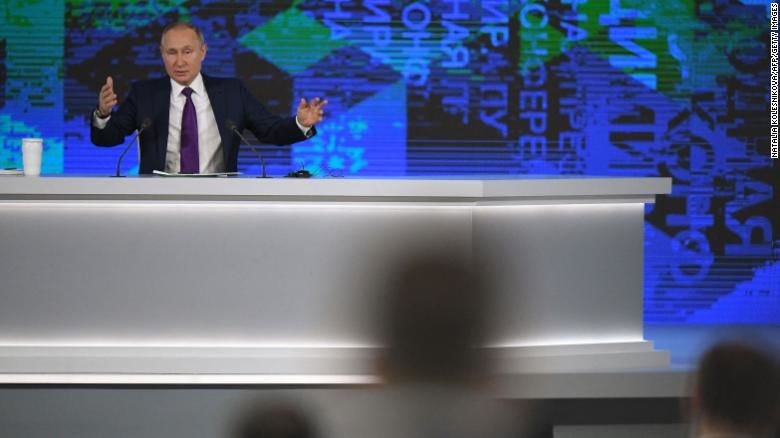 He added that Russia does "not want any military action" but pointed the finger at the US and NATO," he said "we asked directly that there should be no further NATO movement to the East. The ball is in their court." He later added, "I feel like we are on different planets sometimes."

Putin was also asked about his country's emerging alliance with China. He noted that China and Russia are increasing trade with one another, collaborating on human rights and tackling climate change.

Perhaps more alarmingly for some Western observers, he said that "China has one of the most advanced technological armies and we are working with them to develop high precision weaponry."

Putin was asked by international media about common criticisms of his regime. When questioned about the imprisoned opposition leader Alexey Navalny and his alleged poisoning, the Russian President said that neither Germany nor France -- both countries that have condemned Putin for the treatment of his opponent -- have been able to provide evidence of poisoning. He then criticized the US and the UK for having less liberal laws than Russia, incorrectly claiming that the US is criminalizing citizens who do not get vaccinated. 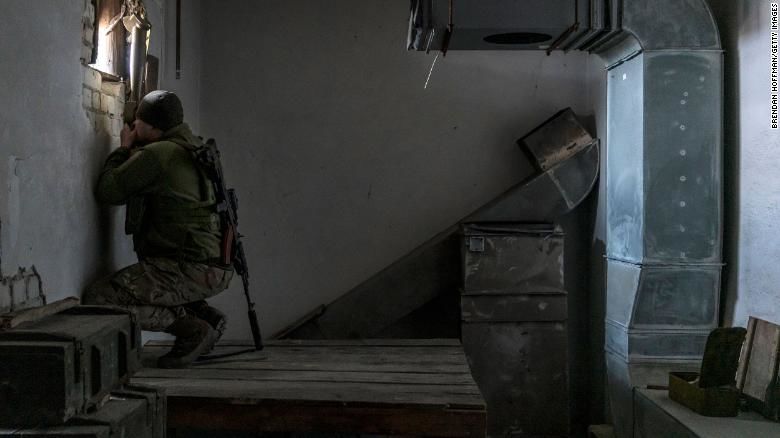 Kolya, a Ukrainian soldier, uses a hand-held periscope to view the positions of Russian-backed forces from a building on the front line on December 8, 2021 in Marinka, Ukraine.

When asked about accusations that Gazprom, the majority Russian state-owned gas company, was choking supplies to Europe causing a surge in prices, he said "they're lying all the time in the West about this."

Putin said that Gazprom was fulfilling all of its contracts, then accused Germany of selling on Russian gas to Poland at an increased price. He criticized the European Union for causing "panic, panic, panic" over Russian gas exports.

The Russian President appeared eager to speak about his domestic agenda, saying "let's not get bogged down in the international agenda... let's go to the regions," before taking questions from local media.

Naturally, many of the questions focused on Russia's response to the Covid-19 pandemic and fears over the Omicron variant.
Putin said that he hopes Russia will reach up to 80% herd immunity in 2022. He said that the current level of 59.4% collective immunity in the country is insufficient.

"This refers to both our citizens who have recovered and who were vaccinated. Here, about 70 million got the first vaccine, about 70 million-plus got two injections, but this is not enough," he told reporters.

When talking about the threat posed by the Omicron variant, Putin added that the pandemic cannot be solved without global vaccine distribution.

"I am talking about the need for mutual recognition of vaccines and the distribution of these vaccines around the world as quickly as possible and in as large quantities as possible, otherwise we will not cope with this problem globally, humanity will live with it all the time and suffer huge losses," he said.