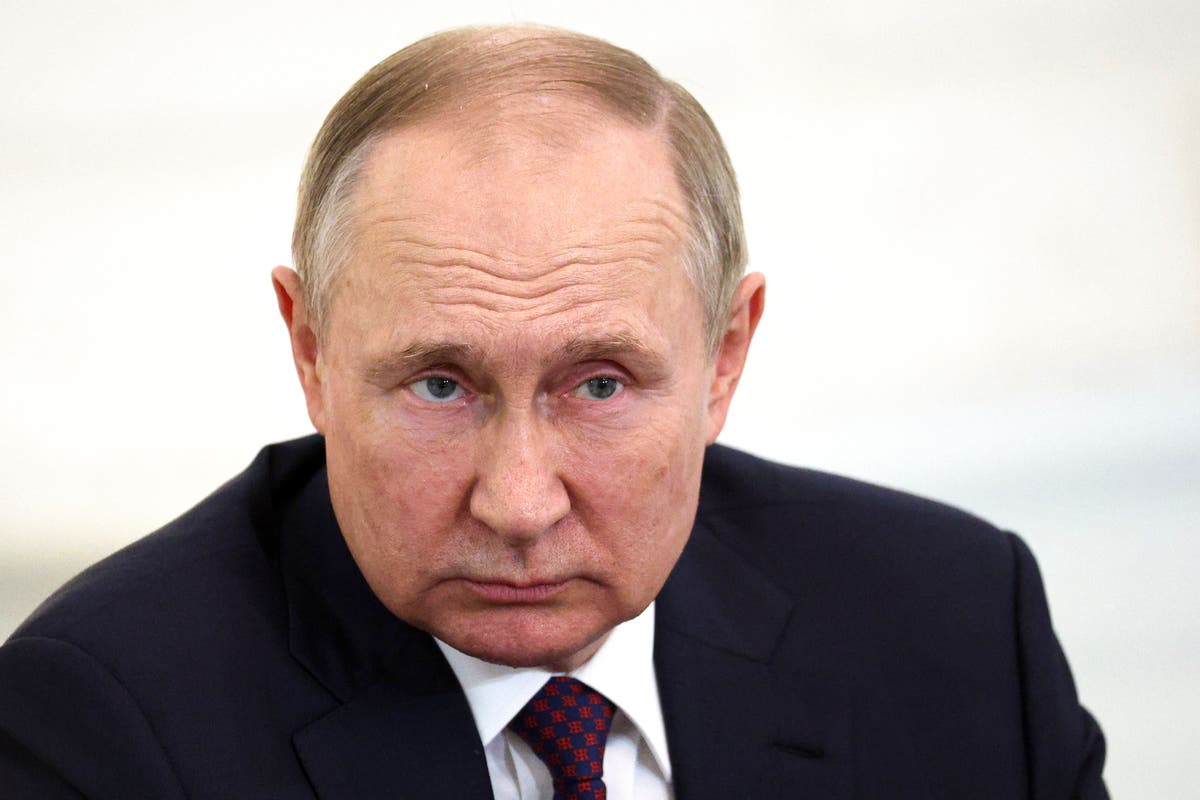 Following the withdrawal of Russian forces from west of the Dnipro River, Putin’s army is prioritising “refitting, reorganisation and the preparation of defences”, the Ministry of Defence believe.

After setbacks on the battlefield, including last week’s retreat from Kherson, the Kremlin hit several Ukraine with a barrage of attacks on its power grid overnight, leaving an estimated 10 million people without power.

The latest assaults mark the sixth mass attack since early October, which are believed to be aimed at destroying Ukrainian energy supplies.

The Russian's have dug new trench systems near the border of Crimea, as well as in key locations between Donetsk and Luhansk Oblasts, up to 60km behind the current front line.

In its morning briefing, the MoD said the locations showed “Russian planners are making preparations in case of further major Ukrainian breakthroughs”.

It added: “It is likely that Russia will attempt to eventually redeployed some of the forces recovered from Kherson to reinforce and expand its offensive operations near the town of Bakhmut in Donetsk Oblast.”

Repeated barrages have disrupted electricity and water supplies across the country.

The Kremlin blamed Kyiv’s refusal to negotiate for the missile strikes.

The latest attack coincides with the fall of Ukraine’s first snow of the winter.

Officials in Kyiv have warned of “difficult” days ahead as temperatures drop.

He added that the regions of Odessa, Vinnytsia, Sumy and Kyiv were most affected.

Lviv mayor Andruy Sadovy said his city was managing to fix energy supplies after the assault.

He said that as of 8am “power supply has been restored to almost the entire city and that water supply and heating were restored. The water is hot and cold.”

It comes as the Swedish prosecutor investigating damage to the Nord Stream 1 and 2 pipelines confirmed that the incident was sabotage.

Swedish and Danish authorities are investigating four holes in the Nord Stream 1 and 2 pipelines which link Russia and Germany.

At the end of September large-scale ruptures in the pipelines caused a gas leak that was visible from the sea's surface.

Traces of explosives have now been found at the site in the Baltic Sea, prosecutor Mats Ljungqvist confirmed.

In a statement, he added: "Analysis that has now been carried out shows traces of explosives on several of the foreign objects that were found. Advanced analysis work continues in order to be able to draw firmer conclusions about the incident."

No suspects were named in the statement, which adds that “the preliminary investigation is very complex and comprehensive”.