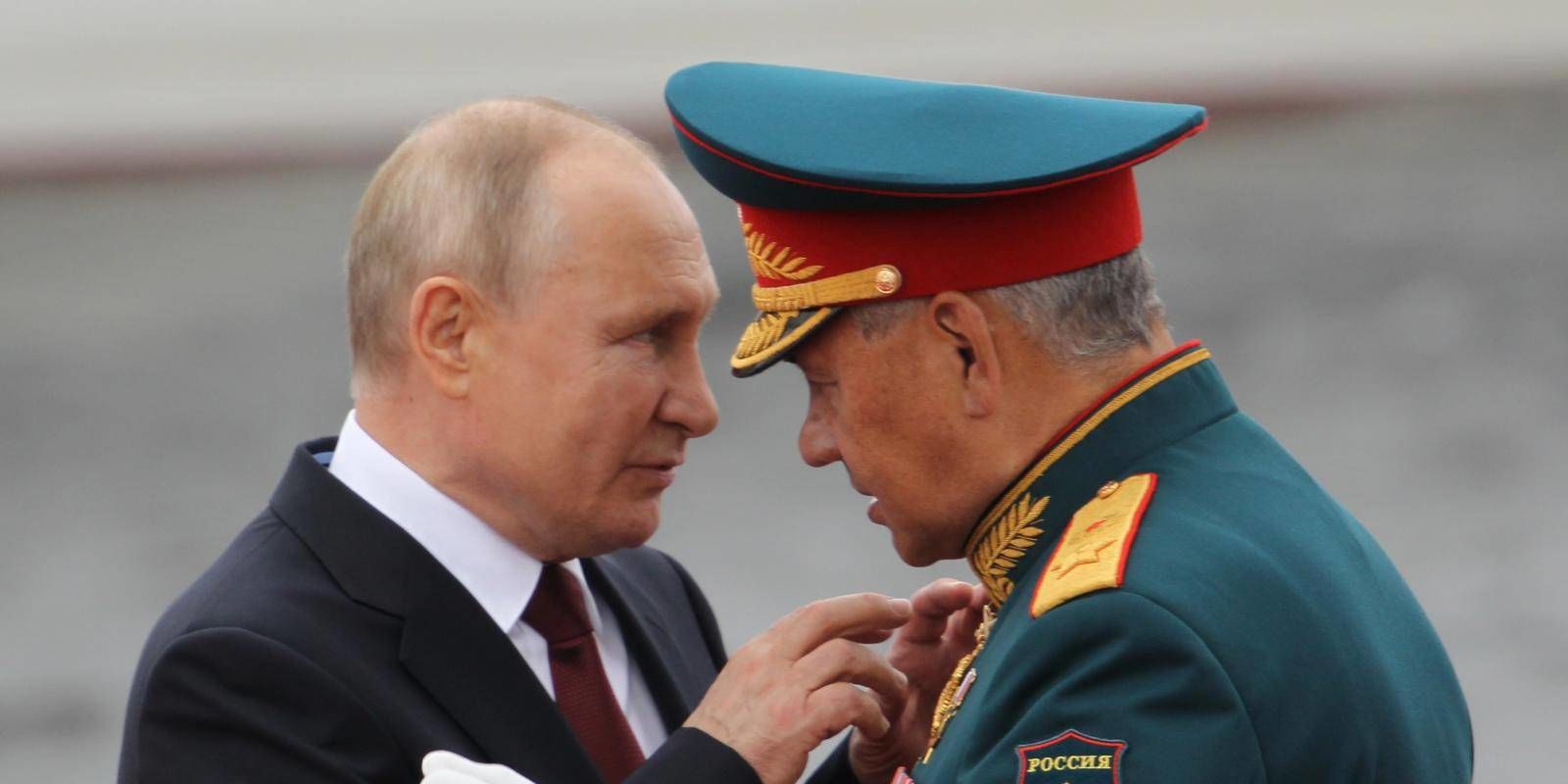 Putin will not survive a failed war in Ukraine

Vladimir Putin has had a very bad week. His army, allegedly refurbished after its poor performance in the war against Georgia in 2008, has failed to deliver the promised blitzkrieg. It has launched a brutal bombardment of Kharkhiv, Ukraine’s second largest city, full of Russian-speakers who were supposed to welcome Putin's soldiers as liberators. Meanwhile, Ukraine’s capital Kiev, which Russians like to call 'the mother of Russian cities', looks as if it is about to suffer the same fate.
The Ukrainians are fighting more fiercely than anyone had expected, perhaps even than they themselves. And they are winning the information war, out-hacking and out-twittering Putin’s people in the most ingenious ways. They may lose the battle if Putin unleashes all his power against them. But they are forging their identity in war, and when it is over no Russian will be able to say, as Putin did, that Ukraine does not exist as a nation.

The West, which Putin had dismissed as decadent and disunited, has delivered punishing blows to his economy, and his people are already feeling the consequences. He has brought about a revolution in German policy. The despised European Union (Putin called it a 'hamster') has taken a wholly unprecedented step by financing arms supplies to Kiev. Even Putin’s erstwhile Hungarian admirer, Viktor Orban, now remembers how he opposed the Russian invaders in Budapest in 1956, and has stuck with his fellow Europeans.

Leaders do not long survive failed wars, whether they are democrats or autocrats. Do Putin’s soldiers have the will to kill their brother Slavs in the necessary numbers if he turns desperate and orders them to crush Ukraine as bloodily as he crushed Chechnya? What about the intelligence agencies? Or the able people in charge of the Russian banking and the economic system who are striving desperately to keep things on an even keel? What about the ordinary people, happy as long as they thought Putin was Making Russia Great Again, but concerned above all just to live their everyday lives in peace?

It’s argued that no one can effectively oppose Putin because he has ruthlessly destroyed the independence of the pillars of the Russian state. History argues otherwise. The army, the intelligence agencies, and the Communist party (in those days the same thing as the government), did successfully combine to get rid of Soviet boss Nikita Khrushchev after he had failed in peace as well as in war. Much has changed since then. But Putin must surely lie awake at nights worrying that history could repeat itself..

The common view that the Russian army doesn’t get involved in politics is wrong. Russia has never had a military dictatorship. But the army has been involved through the centuries in many attempts – mostly successful – to remove the head of state.

Today the top Russian generals are serious professionals. Their most important task is to manage Russia’s nuclear arsenal. They have always believed that things would spin out of control once the first nuclear weapon was fired. And yet when Putin ordered them to raise the nuclear alert, he publicly humiliated his defence minister and his chief of staff on television, men wearing a respected uniform.

It would be surprising if they didn’t go back to their offices wondering what to do next. The Chairman of the American Joint Chiefs of Staff, General Mark Miller, took some unorthodox steps to keep the nuclear weapon under control as an apparently unhinged ex-president Trump tried to hold on to office. Putin cannot be sure his generals won’t do something similar.

Many dictators have lost their jobs because they were deserted by their security guards. At one time a coup by the Pretorian Guard was the standard method of getting rid of a superfluous Roman emperor. Russian secret policemen do not always have it all their own way. Beria, the head of the KGB, did not survive the succession struggle after Stalin died. But usually the secret policemen outlast the regime that employs them by offering their services to its successor.

These people – the soldiers, the spies, the economic managers, ordinary Russians – may have loyalties to the past. But they have an eye on the future as well. None of them can be immune to the thought that Putin is losing his grip on reality to an extent which endangers each and every one of them. If the ship begins to look like keeling over, the patter of tiny rodent feet could become deafening quite quickly.
#Viktor Orban