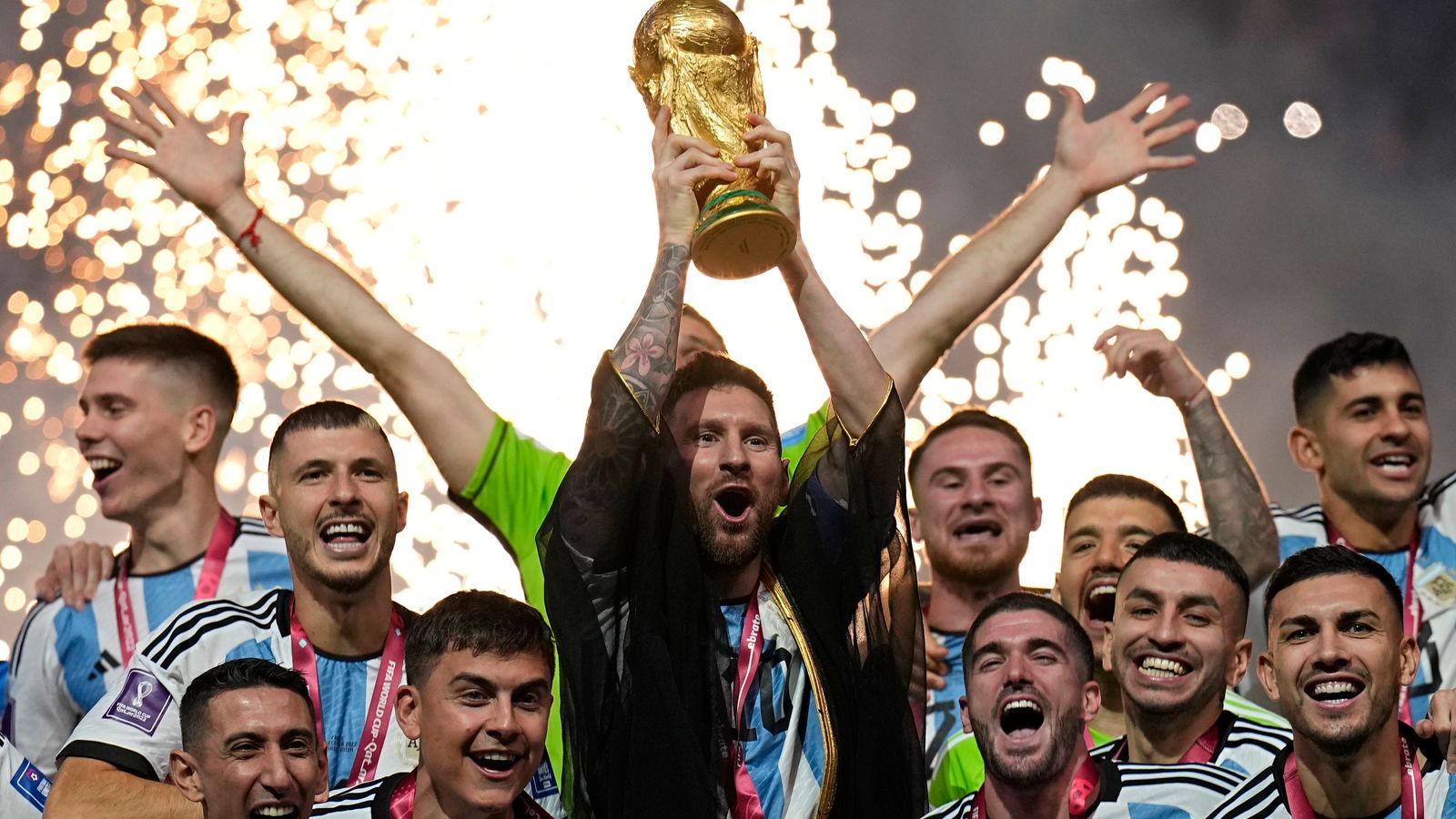 One of the most exciting World Cup finals of all time saw France come back from 2-0 down against Argentina before finally falling in a penalty shootout.

Argentina have won the World Cup after a thrilling match which saw them take the lead and then lose it again twice before winning a penalty shootout, in what is already being described as one of the greatest finals in history.

It was a special moment for Lionel Messi, who finally won the biggest prize in football, and heartbreak for his club teammate Kylian Mbappe whose hat-trick was not enough to see France triumph.

Messi was crowned player of the tournament for his role in bringing World Cup glory to his country - the first time Argentina had won the trophy since Diego Maradona scored his infamous "hand of God" on the way to winning the 1986 competition. 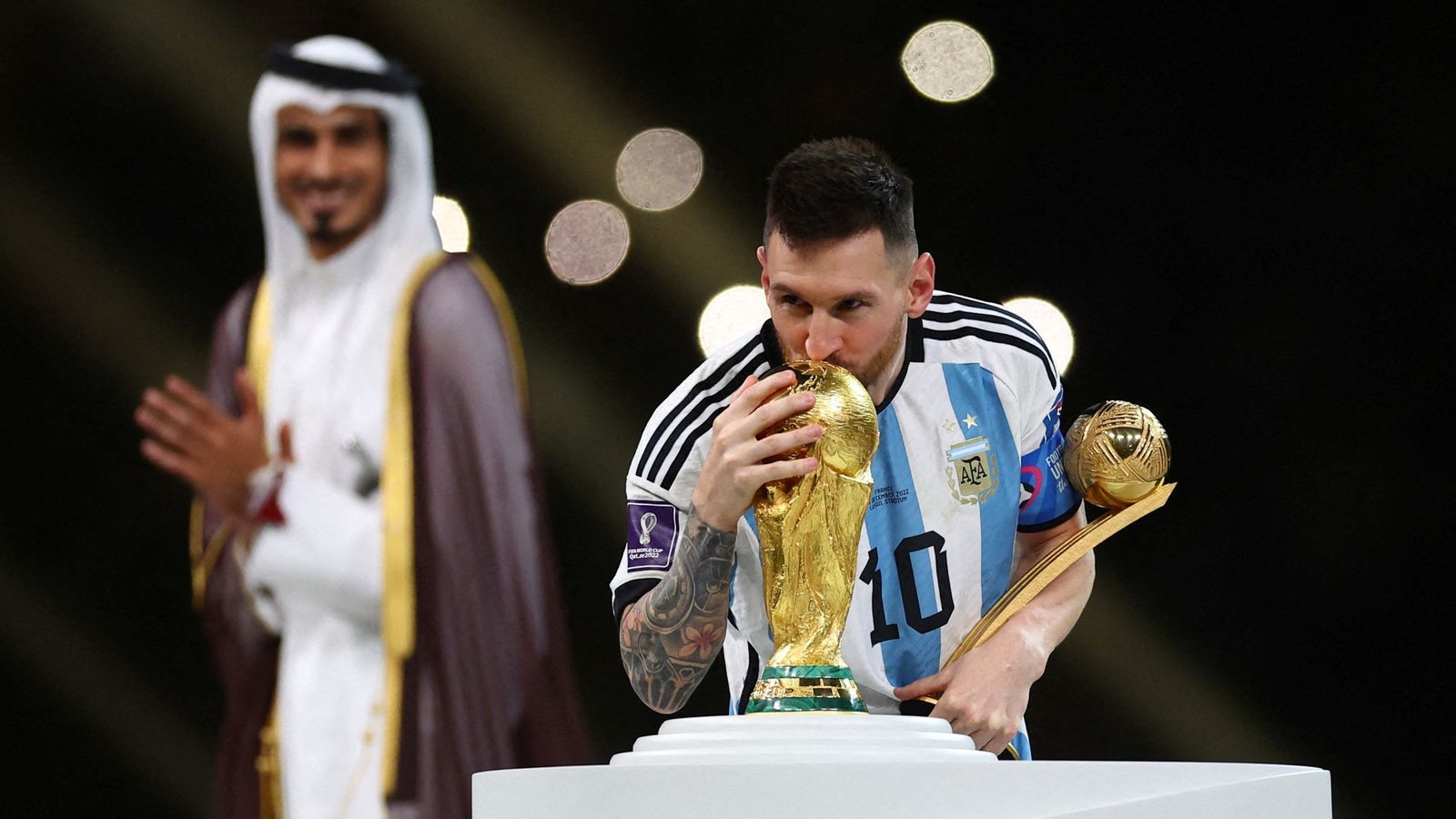 Argentina's Lionel Messi kisses the World Cup trophy after collecting the Golden Boot award
The genius forward has scored 793 goals for club and country, but his cool finishes in the final in Qatar may be the sweetest of his career.

The win elevates him into a similar league as Maradona - who won the World Cup only once, but is regarded as one of the greatest players of all time, in part because he scored the "goal of the century" against England in the controversial 1986 World Cup quarter final - and Pele, a record three-time World Cup champion from Brazil.

Paris Saint-Germain forward Kylian Mbappe scored three goals - two from the penalty spot and again in the shootout - as France came from 2-0 and again from 3-2 down during the match.

His hat-trick emulated the historic triple by England's Sir Geoff Hurst in the 1966 World Cup final - the only other player ever to do so.

It made him the top scorer in the tournament, the Golden Boot winner.

Despite a heavy dose of Mbappe magic, France were unable to overcome the heroics of Argentina keeper Emiliano Martinez.

The South American side took the lead half-way through the first half, after a foul in the box by France winger Ousmane Dembele led to Messi scoring his sixth goal of the tournament from the penalty spot. 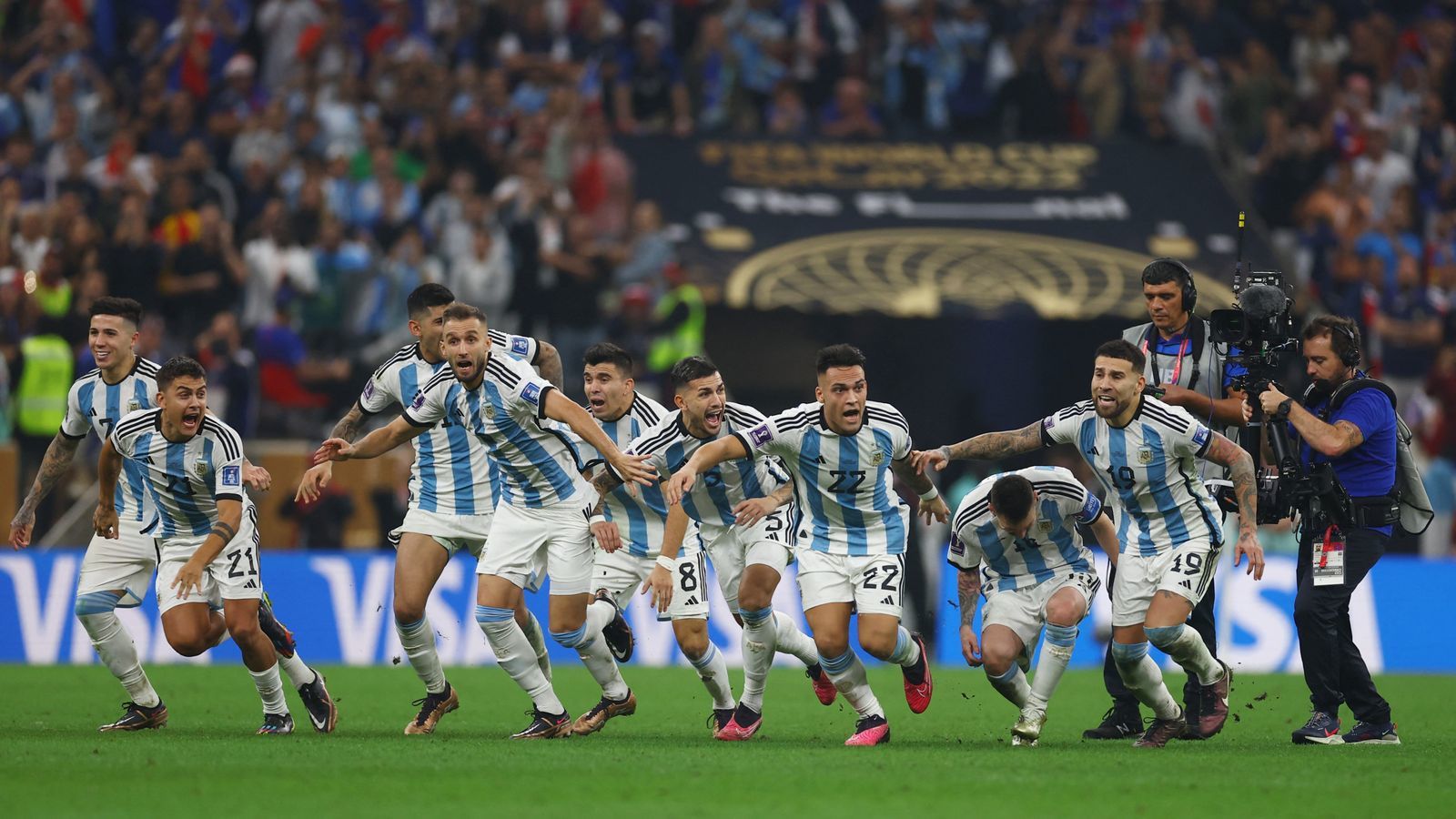 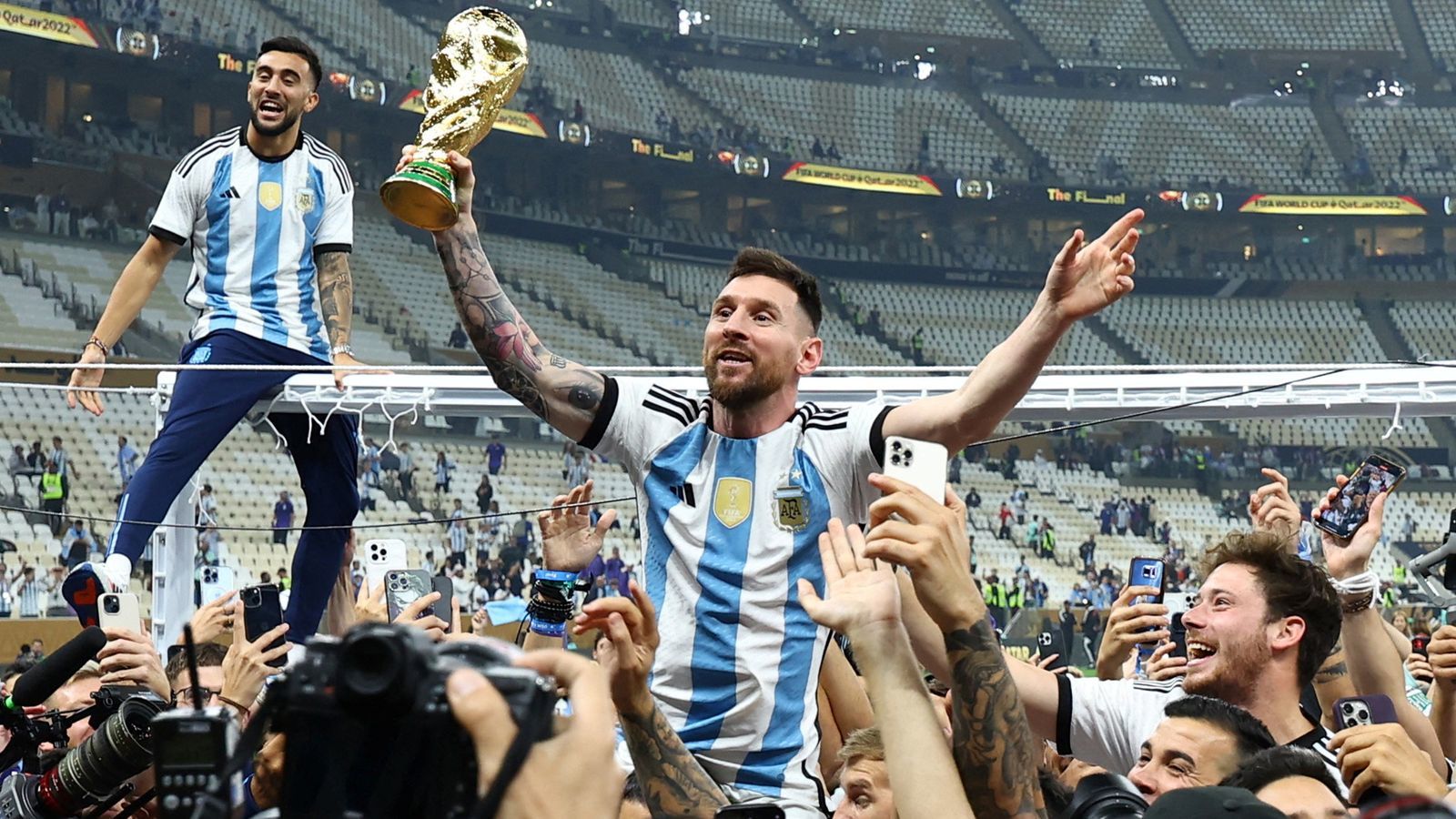 France pulled back a goal after a foul on Kolo Muani led to another penalty, which was slotted home by Kylian Mbappe. 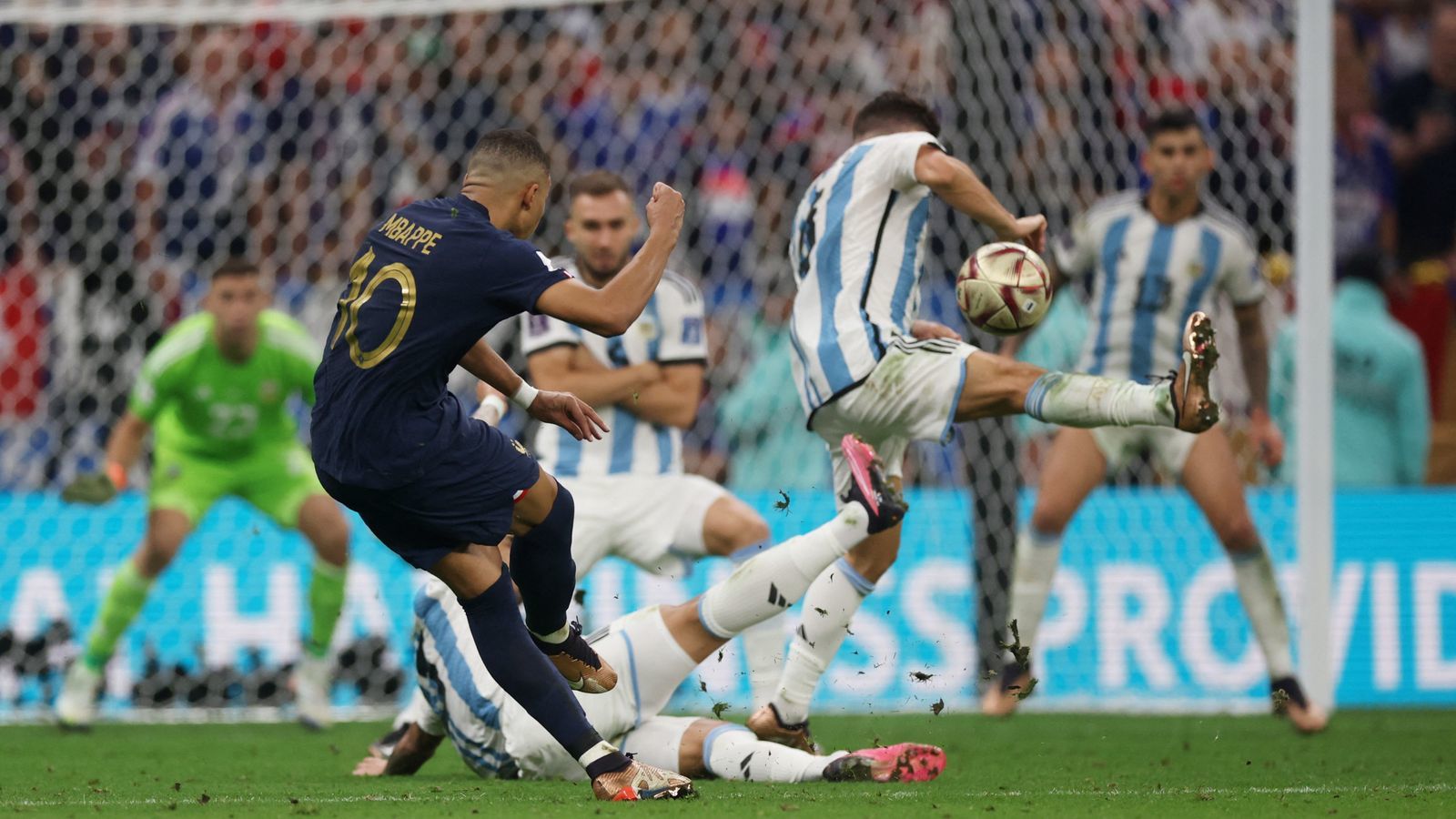 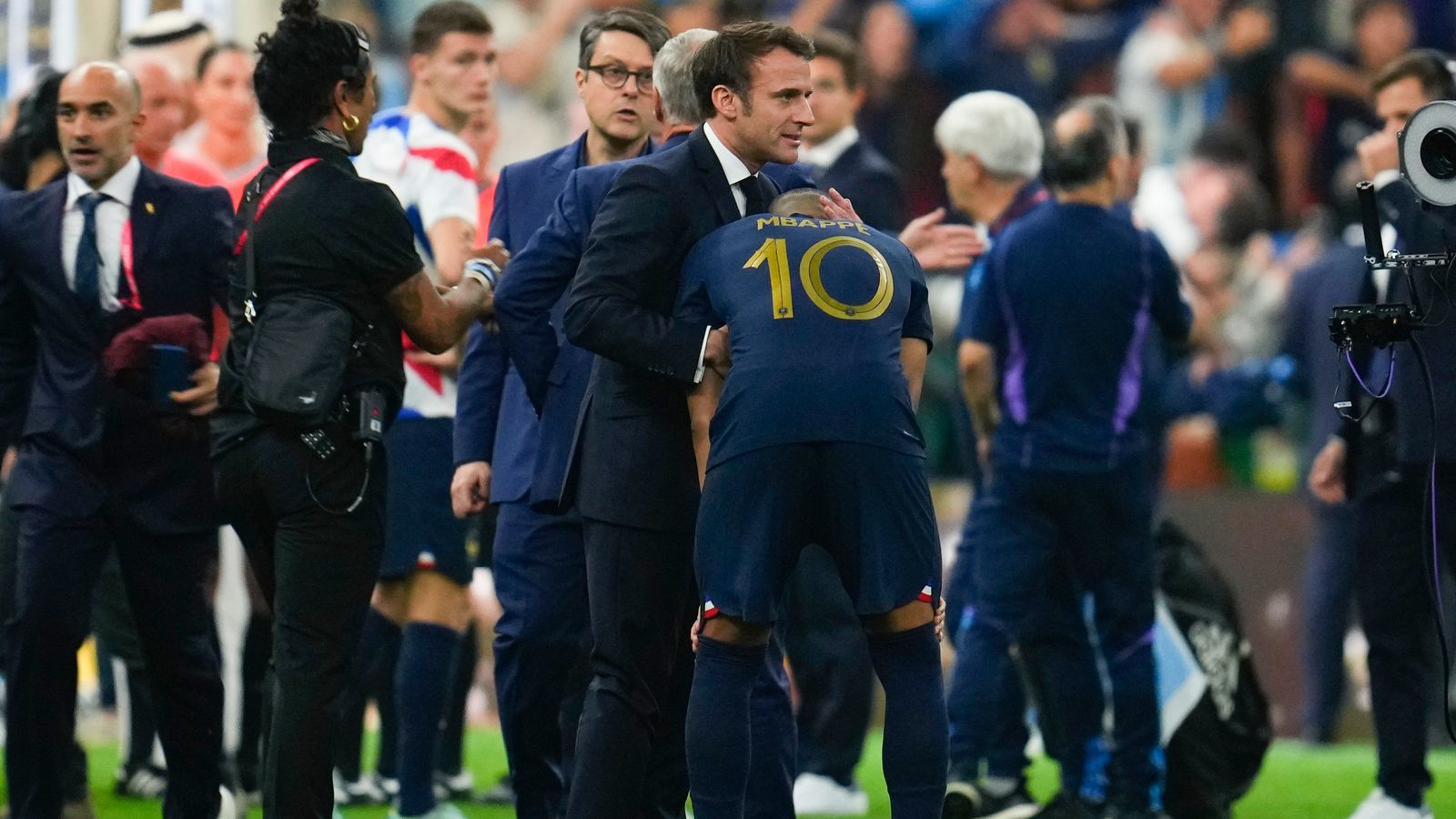 The score was 2-2 after full-time forcing an extra 30 minutes of play to decide the result.

In extra-time, Messi scored again, knocking in on the rebound, despite Kounde's efforts to clear off the line.

Mbappe then drew France level again with a penalty with just minutes to go in extra time, sending the game to a penalty shootout.

On to penalties and it was Argentina keeper Emiliano Martinez's moment of glory, saving one shot and seeing another go wide. 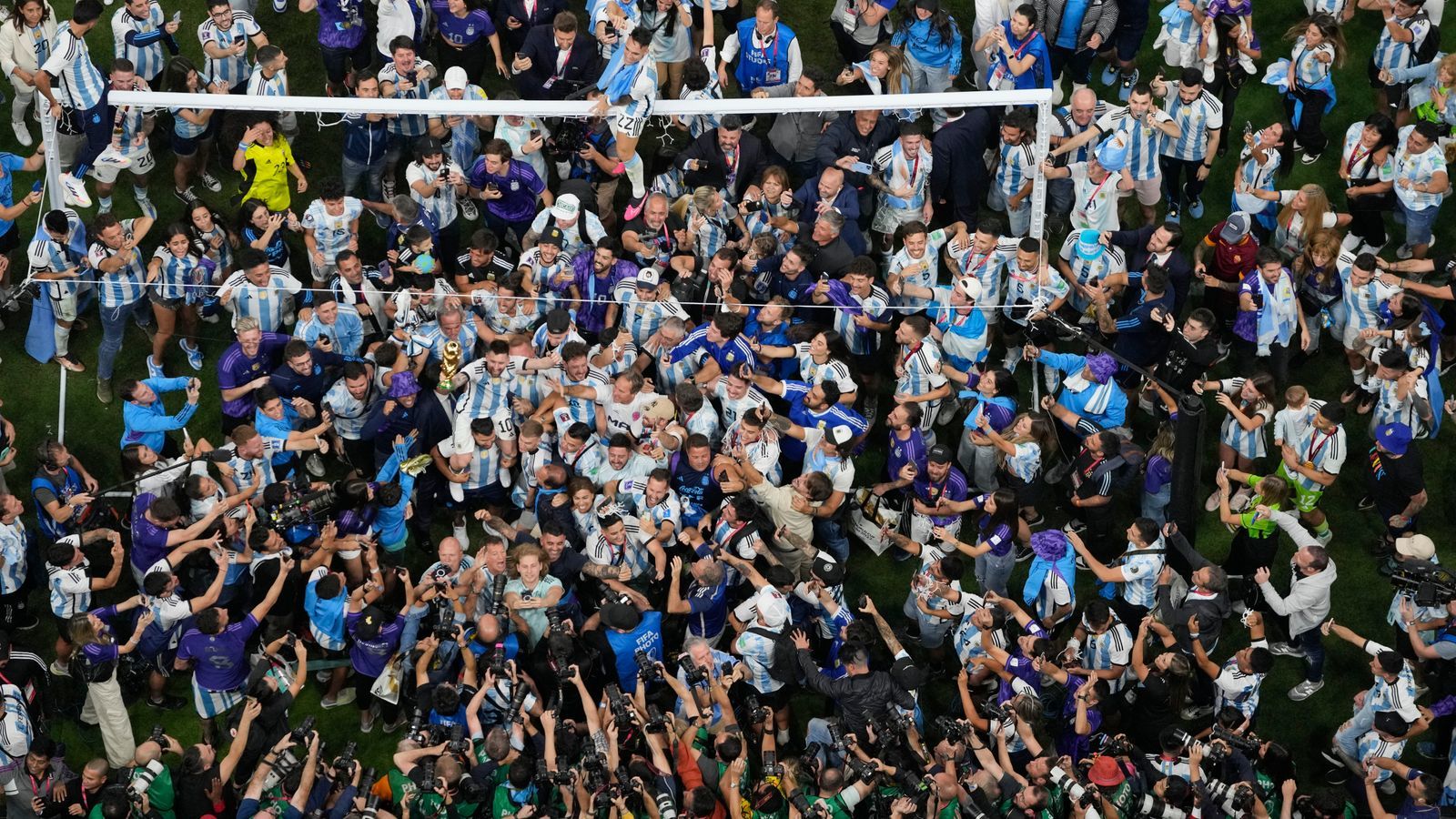 Argentina's Lionel Messi is surrounded by fellow players, fans and photographers as his team celebrates

In the end, Argentina beat France 4-2 on penalties.

With his two goals and successful penalty in the shootout, Messi's win was crowned by taking the play of the tournament award, the Golden Ball.

Afterwards, Messi told reporters: "I knew God would bring this gift to me, I had the feeling that this World Cup was the one.

"It took so long, but here it is. We suffered a lot, but we managed to do it. Can't wait to be in Argentina to witness the insanity of this." 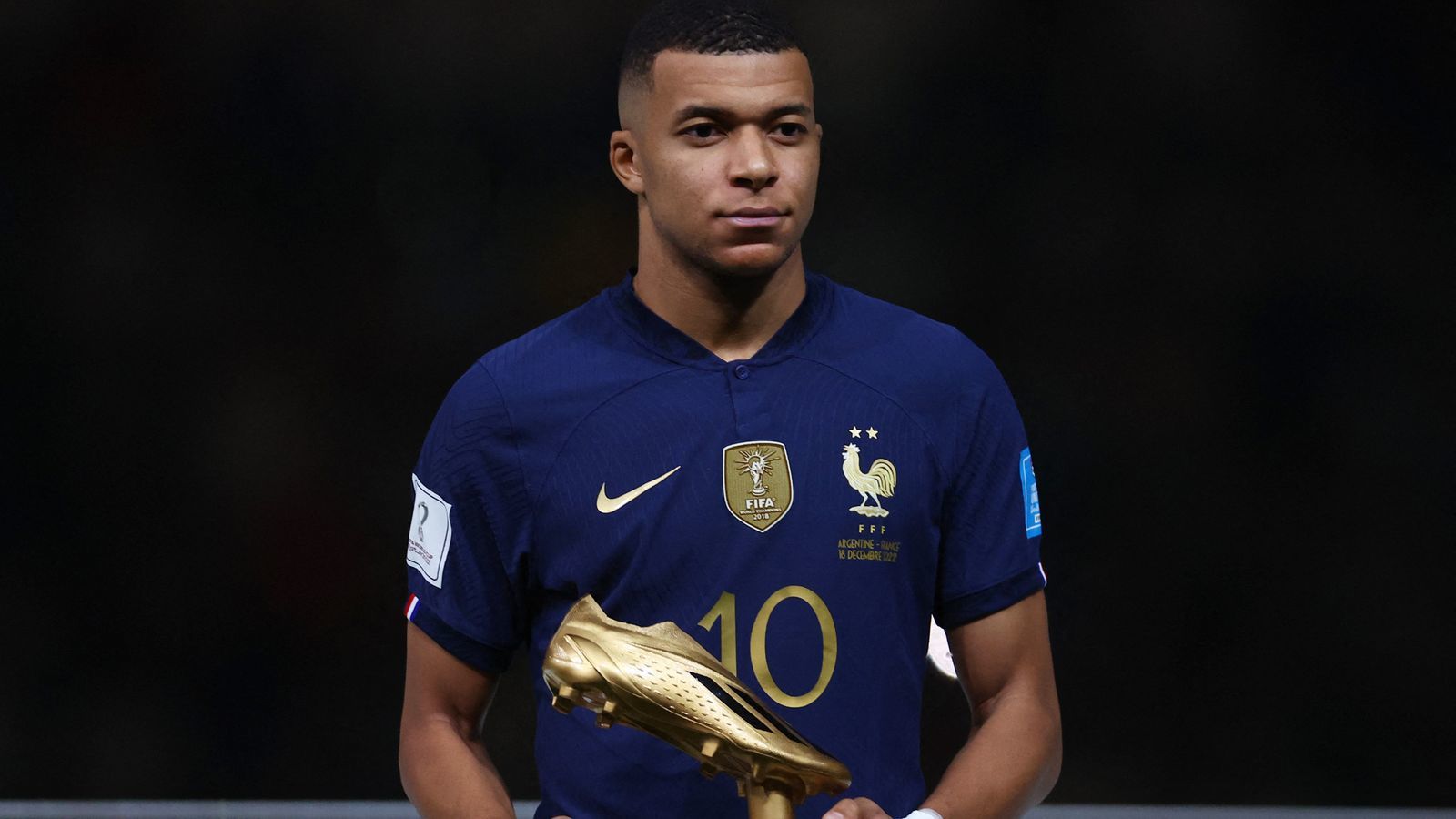 It wrapped up what had been one of the most controversial World Cups in history - with pretournament rows raging over the treatment of migrant workers, LGBT+ rights and the shift of the tournament to winter to avoid the baking summer heat.

The end of the World Cup in Qatar starts the countdown to the next World Cup finals, which will be held in the United States, Mexico and Canada - the first time the tournament will have been co-hosted since Japan and South Korea in 2002.