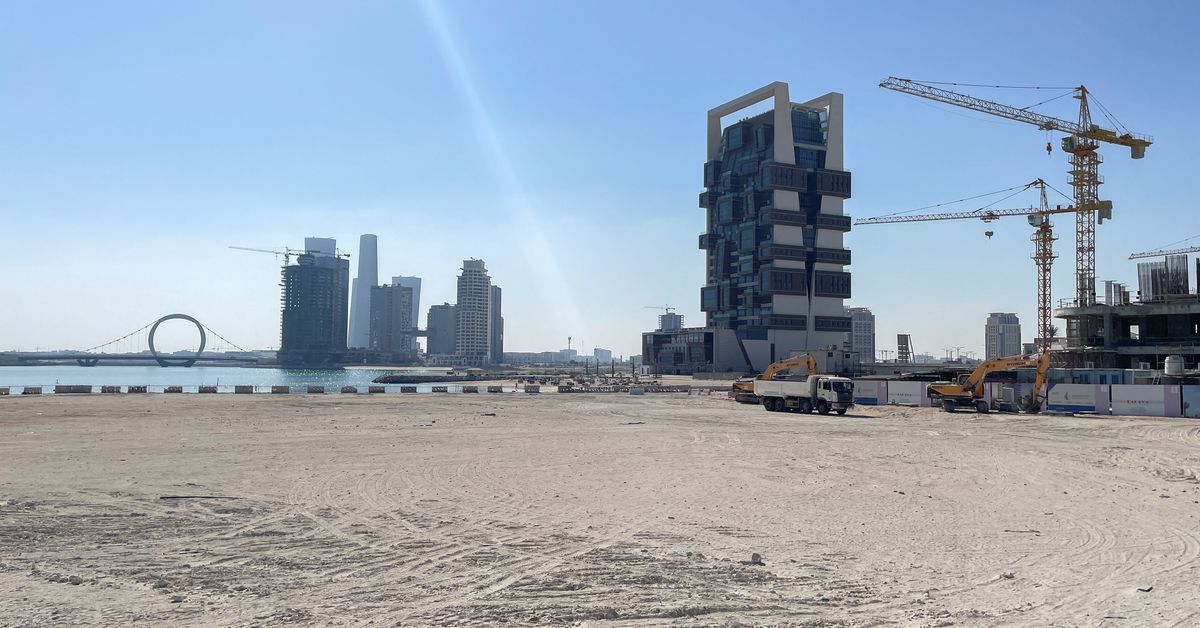 Qatar has found itself with an unexpected glut of rooms in the World Cup's busy group stage, with online portals showing rooms in at least 42 hotels and Airbnb offering hundreds of options for this weekend.

That's a far cry from pre-tournament warnings by Qatari officials, including Qatar Airways' CEO, and fan groups such as Football Supporters Europe of a shortage, which prompted organisers to arrange extra accommodation in villas, apartments, cruise ships, temporary cabins and even desert camps.

Doha landlords had anticipated a bonanza from 1.2 million visiting fans, with numbers forecast to peak Nov. 24-28, but the surplus has caused rents to slump and will have knock-on effects for the wider property market, some real estate agents said.

Two real estate agents, two accommodation firms and tenants say some landlords in the small Gulf state sought unrealistically high rents in the lead up to the event, which has left thousands of rooms vacant.

Many fans have chosen to stay outside Doha and jet in for matches, using up to 500 daily shuttle flights from nearby cities like tourist hub Dubai that Qatar Airways' chief said were laid on partly in response to what he called "a shortage of accommodation".

"We were in contact with half of the city, all the big real estate companies ... They weren't interested," said one accommodation broker who has worked at several global sports events and requested anonymity due to business sensitivities.

The broker cited the example of a two-bedroom Doha apartment that was listed at $1,200 per night in early October. A week before the World Cup began on Nov. 20, the rate was $250 a night, the broker said.

Qatar's Supreme Committee for Delivery and Legacy, which is the tournament organiser, did not respond to Reuters request for updated availability of rooms or why the anticipated shortage of lodgings did not materialise.

Organisers say a range of accommodation is on offer, from $80 per night rooms on Doha's desert edges to luxury cruise ship cabins, some costing thousands of dollars a day.

For the remaining peak nights, the official accommodation portal on Friday showed rooms available in 42 hotels, villas and apartments, while booking.com showed rooms in 73 properties and Airbnb.com offered 503 "homes".

Eleven days before kick-off, organisers had said there were at least 25,000 rooms available for every night of the World Cup.

In a sign of how the pre-tournament concerns raised expectations among some hoteliers and landlords, Reuters has been told of four instances of late price hikes.

One group of 10 guests who arrived in Qatar from Italy a week before the World Cup started were caught in a row between their hotel and travel firm over a surcharge, their agent said.

Khaya Global told Reuters that in the two weeks before the World Cup it received demands from each of the seven hotels it has under exclusive contract for payments totalling at least $550,000, on top of what it said was more than $10 million it had pre-paid. Reuters has seen invoices for $550,000.

Reuters has not seen the original contract in full, but has reviewed a copy of a hand-written invoice for $40,000 which Khaya boss Volkhard Bauer said was from the Al Mansour Park Inn. Neither the hotel nor its owner responded to a Reuters request to confirm the invoice.

"Never ever, at no World Cup, have I heard anything like this," said Bauer of the last-minute charges. His Khaya agency has block-booked accommodation and sold rooms to fans, FIFA sponsors and other officials at three previous World Cups.

Bauer's weary guests were finally checked in after the agency wired the amount demanded, he told Reuters.

Another hotel, the Waterfront Hotel and Apartments, sent an invoice for $53,700, seen by Reuters, for guests to have extra beds in nine rooms during the tournament, a surcharge increase from an agreed $90 to $250 per night.

Neither hotel nor the owner of both responded to repeated Reuters requests for comment.

It's not only overseas visitors who have seen costs soar.

While some landlords slashed prices as the tournament neared, many were still trying to secure short-term business at much higher rates, crowding out residents, the accommodation broker and real estate agents said.

Long-term rents in Qatar rose by more than 30% in the third quarter, with some landlords demanding potential tenants sign two-year leases locking them into current prices, a Sept. 30 report by real estate services firm Cushman and Wakefield said.

Reuters spoke to long-term residents at five Doha apartment buildings and two housing compounds who said landlords had in the months before the tournament refused to renew annual contracts and hiked rents.

At The Pearl, a high-end residential neighbourhood built on a man-made island, a 30-year-old Tunisian woman whose lease expired in October said that her apartment owner had told her he would only renew it once the World Cup ended.

He made that conditional on her leaving behind her furniture so he could rent the apartment out as a furnished unit, said the woman, who declined to be named or to identify her landlord.

"I found myself basically forced to say yes to his offer," she said, adding she was wary of committing to costly long-term rates.

But she still needed to rent a temporary apartment as her soccer fan brothers had bought tickets for the tournament.