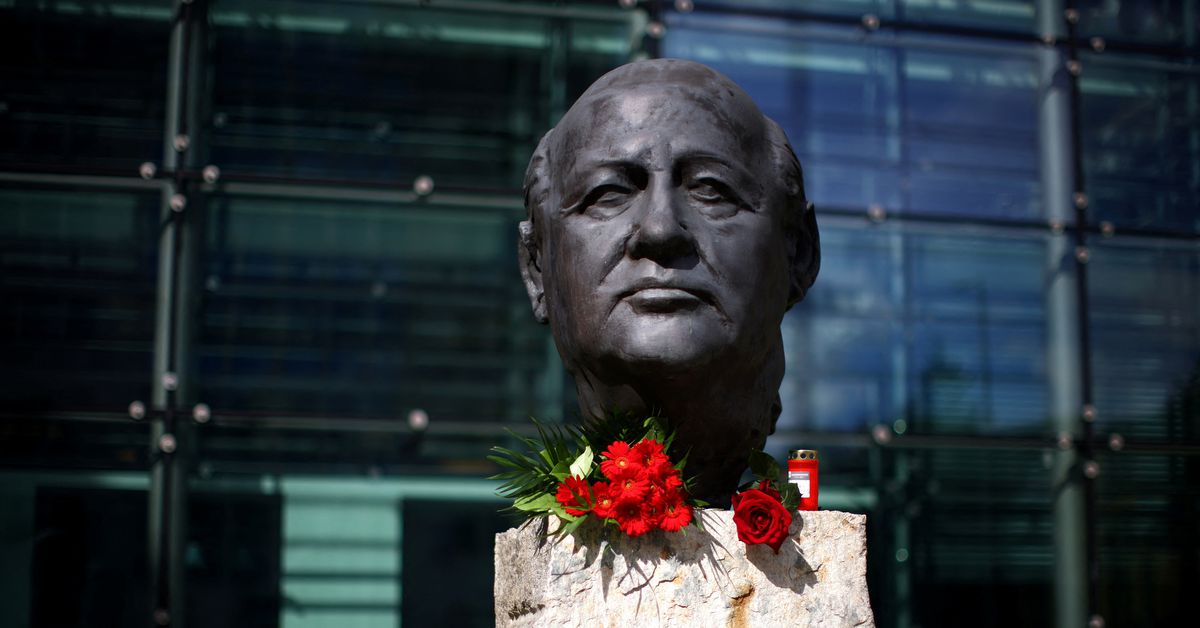 Russia to bury Gorbachev, darling of the West, with a shrug

Mikhail Gorbachev, the Soviet leader beloved of the West who lived long enough to see all the reforms he had championed in his homeland undone, will be buried on Saturday without state honours or the presence of the current Kremlin incumbent.

Gorbachev became a hero in the West for allowing eastern Europe to shake off more than four decades of Soviet communist control, letting East and West Germany reunite, and forging arms control treaties with the United States.

But when the 15 Soviet republics seized on the same freedoms to demand their independence, Gorbachev was powerless to prevent the collapse of the Union in 1991, six years after he had become its leader.

For that, and the economic chaos that his "perestroika" liberalisation programme unleashed, many Russians could not forgive him.

Gorbachev, who died on Tuesday aged 91, has been granted a public send-off - Muscovites will be able to view his coffin in the imposing Hall of Columns, within sight of the Kremlin, where previous Soviet leaders have been mourned.

But it was little surprise that Russian President Vladimir Putin, a long-time KGB intelligence officer who called the Soviet Union's collapse a "geopolitical catastrophe", denied Gorbachev full state honours and said he was too busy to attend the funeral.

The many Western heads of state and government who would certainly have come will also be absent, kept away by the chasm in east-west relations that has been opened up by Putin's invasion of Ukraine in February.

Instead, an unknown number of ordinary Russians will from 10 a.m. (0700 GMT) file past the open coffin of the Nobel Peace laureate, whose guard of honour will provide an "element" of a state occasion, according to the Kremlin.

It will all be a far cry from the national day of mourning and state funeral in Moscow's principal cathedral accorded in 2007 to former Russian president Boris Yeltsin, who was instrumental in sidelining Gorbachev as the Soviet Union fell apart and later hand-picked Putin as his own successor.

After the ceremony Gorbachev will, however, be buried like Yeltsin in Moscow's Novodevichy cemetery, alongside his adored wife Raisa, who predeceased him by a painful 23 years.

On entering the Kremlin in 2000, Putin wasted little time in rolling back the political plurality that had developed from Gorbachev's policy of "glasnost", or openness, and slowly began rebuilding Moscow's influence over many of its lost republics.

The invasion of Ukraine in February was arguably the last nail in the coffin of Gorbachev's legacy, one that his long-time interpreter and aide said had left him "shocked and bewildered" in the final months of his life.

"It's not just the operation that started on Feb. 24, but the entire evolution of relations between Russia and Ukraine over the past years that was really, really a big blow to him. It really crushed him, emotionally and psychologically," Pavel Palazhchenko told Reuters in an interview.