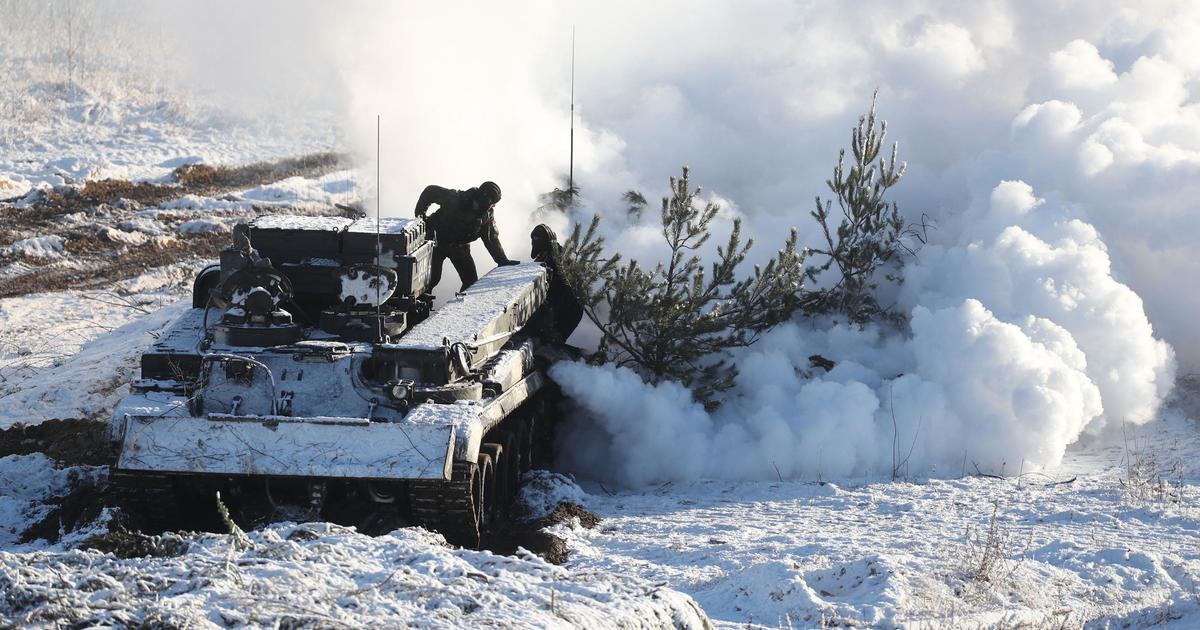 Some Russian units have left their assembly areas — the bumper-to-bumper formations seen in satellite photos — and are beginning to move into "attack positions," according to the official. This movement marks a change since Sunday, when some of the units had left the assembly areas but had not yet taken what could be viewed as attack positions.

The U.S. believes Russia will attack Ukraine by the end of the week, although it's not yet certain what form it will take, the official said.

Once the Russian attack begins, U.S. knowledge of what is happening will dramatically decrease. Americans will have no troops on the ground and no reconnaissance planes over the air, and Russian cyber attacks and electronic warfare will blot out communications.

U.S. officials say Russia now has 80% of the forces it will need to launch a full-scale invasion, and the rest are en route. More than 100,000 Russian troops are amassed along Ukraine's borders — to the east, in Russia, and the north, in Belarus.

National security adviser Jake Sullivan warned Sunday morning on "Face the Nation" that Russian President Vladimir Putin could give the orders for an invasion "essentially at any time."

"We have seen over the course of the past 10 days a dramatic acceleration in the build-up of Russian forces and the disposition of those forces in such a way that they could launch a military action essentially at any time," Sullivan said. "They could do so this coming week, but of course, it still awaits the go-order" from Putin.

Sullivan acknowledged that there is a distinct possibility that Russia may launch a false-flag attack, perhaps in the Donbas region of Ukraine, in order to justify an invasion, and he said that the U.S. is "watching very carefully." In that scenario, Russian intelligence services might "conduct some kind of attack on Russian proxy forces in eastern Ukraine or on Russian citizens, and then blame it on the Ukrainians," Sullivan said Sunday.

Sullivan is briefing congressional leaders on the latest developments on Ukraine Monday.