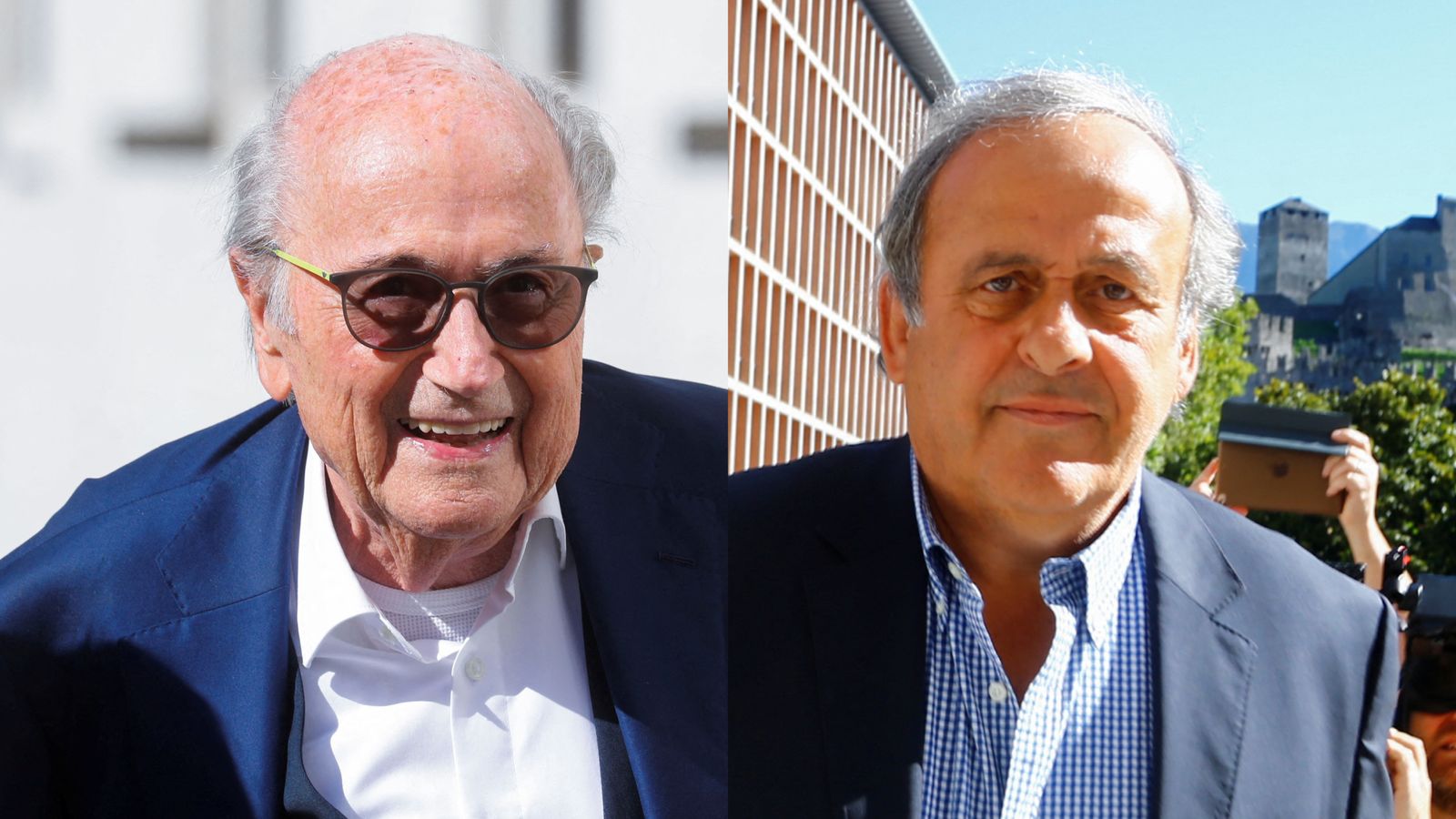 Mr Blatter and Mr Platini were on trial for corruption, following an investigation by the United States government which uncovered a payment of close to £2m made by FIFA to Mr Platini. Prosecutors said it was unlawful, but the pair said it was pre-arranged.
Former FIFA president Sepp Blatter and former UEFA president Michel Platini have been acquitted of corruption by a Swiss court.

Criminal proceedings were launched into the pair after a payment of two million Swiss francs (£1.7m) from FIFA to Mr Platini was uncovered in 2015.

Mr Blatter, 86, was the head of FIFA - the world football body - at the time, while Mr Platini, 67, ran UEFA, the football executive for Europe.

Speaking following the verdict, Mr Platini said: "I want to express my happiness for all my loved ones that justice has finally been done after seven years of lies and manipulation."

He added: "My fight is a fight against injustice. I won a first game."

"I have done nothing wrong. I am clean with my conscience, I am clean in my spirit."

The payment in question was made in 2011 following what the two men said was a "gentleman’s agreement" made in 1998. Prosecutors said this version of events was an "invention".

He could not be given more due to financial troubles at FIFA, so it was agreed the rest of the one million francs (£400,000) salary would be handed over at a later date.

Mr Blatter approved the transfer of funds from FIFA to Mr Platini while campaigning to be re-elected the head of the world football body a decade later.

Mr Platini was seen to hold sway over the European caucus of votes in the competition against Mohamed bin Hammam of Qatar.

The US government launched a wide-ranging investigation into bribery, fraud and money laundering at FIFA in 2015 which led to Mr Blatter standing down.

Both he and Mr Platini were banned from football for eight years in 2015, but this was later reduced.

Mr Platini claimed the investigation was a deliberate plot to prevent him from becoming FIFA's new leader.