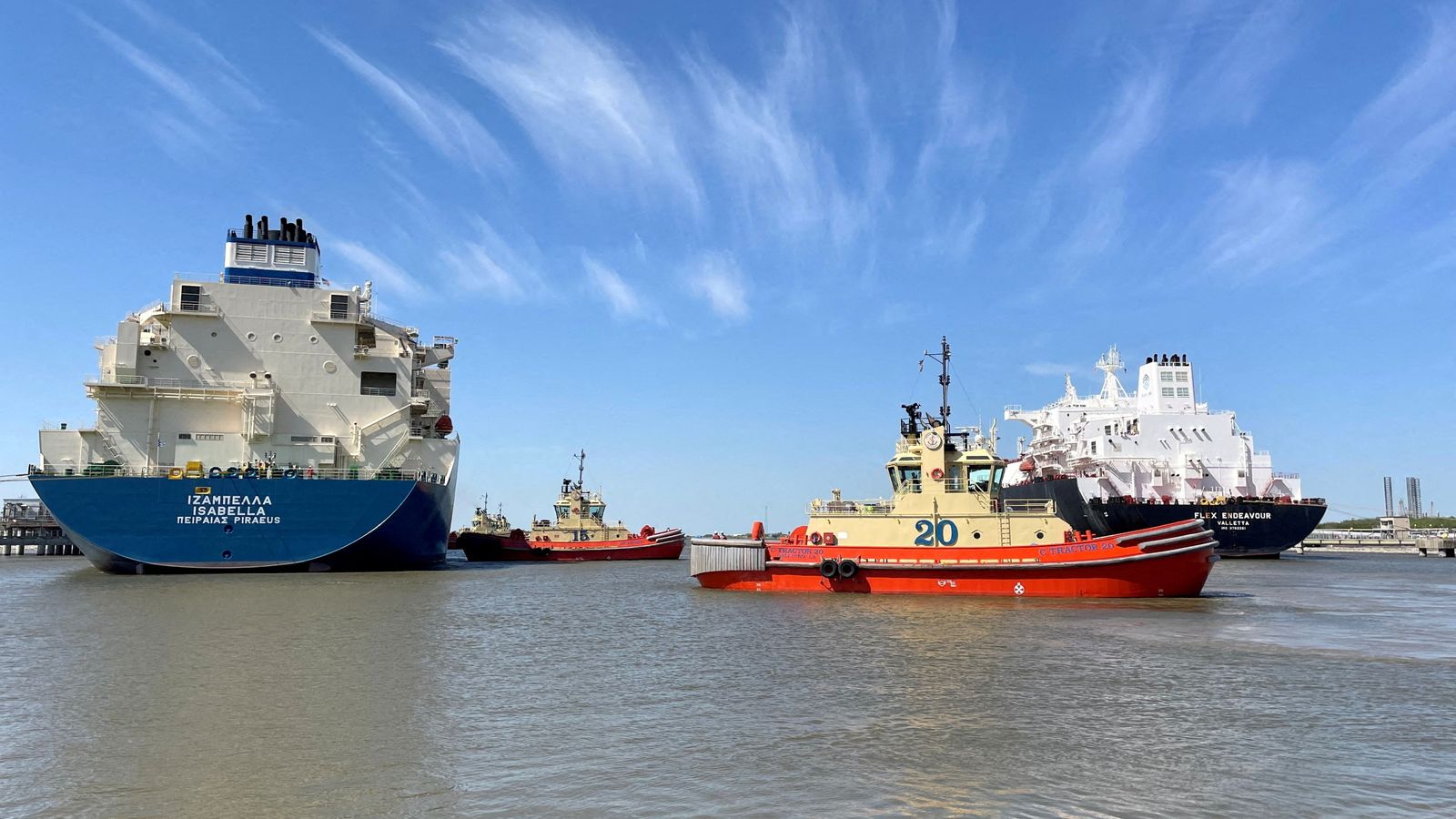 Rishi Sunak has abandoned his predecessor's plan to intervene in global energy markets by spending billions of pounds on foreign gas imports.

Sky News has learnt that Liz Truss's Energy Supply Taskforce (EST), which was launched in September, is being scrapped.

Headed by Madelaine McTernan, who was director-general of the government's COVID-19 Vaccine Taskforce, the energy supply initiative was set up to strike long-term deals aimed at bolstering Britain's domestic energy security.

It came after the turmoil in energy markets triggered by Vladimir Putin's invasion of Ukraine sparked record prices for British consumers, exacerbating the cost-of-living crisis.

Industry sources said this weekend that locking taxpayers into long-term contracts potentially lasting up to 20 years at current high prices had been rejected by Mr Sunak's team.

In a statement in early September, Ms Truss's administration said the EST had "begun negotiations with domestic and international suppliers to agree long-term contracts that reduce the price they charge for energy and increase the security of [UK] supply".

Ms Truss's aides described it at the time as a flagship reform which underlined her determination to get a grip on the UK's energy crisis.

In mid-October, Sky News revealed that Whitehall officials were in talks with US-based companies including Cheniere and Venture Global, both of which are big players in the liquefied natural gas sector.

One insider said the government had been in talks with "a broad range" of potential suppliers.

Ms Truss's ill-fated premiership ended just weeks later, however, prompting a review by her successor of her plan to intervene in energy markets.

Responding this weekend to an enquiry from Sky News, a government spokesman said: "While the government is continuing these efforts and remains completely committed to strengthening our energy resilience, we have concluded that direct purchases of gas are not the best intervention in the market."

Earlier this month, Mr Sunak and the US President Joe Biden unveiled the UK-US Energy Security and Affordability Partnership, an initiative that both governments said would focus on reducing dependence on Russian energy exports.

A Whitehall source said on Saturday: "Winding down the taskforce is the right decision - while it was sensible in September for the previous administration to explore these contracts, locking-in long term contracts while gas prices are this high just doesn't make sense.

"It was also only ever just one option on the table - there's a whole range of other actions we're taking now to boost the UK's energy resilience, including a new £1bn energy efficiency scheme, financial backing for Sizewell C and reintroducing the Energy Security Bill to parliament."

Nevertheless, the decision not to press ahead with Ms Truss's plan will raise renewed questions about the country's long-term energy security.

Earlier this month, ministers approved the Government Investment Decision to commit £700m to the development of the Sizewell C nuclear power station.

British imports of LNG accounted for 17% of the gas supplied to the UK through production and imports last year, according to data published by the Department for Business, Energy and Industrial Strategy.

The government has also acknowledged in recent months that it has been seeking long-term deals with foreign states understood to include Norway and Qatar - sparking concerns that Britain would pay a 'security premium' in exchange for guaranteed supplies.

The decision to disband the energy taskforce comes as Jeremy Hunt, the chancellor, is reported to be contemplating extending energy bill subsidies beyond the original March deadline.

Companies in numerous sectors including hospitality have complained that energy costs combined with broader inflationary pressures and souring consumer sentiment have left them on the brink of ruin.
#Joe Biden  #COVID-19  #vaccine  #Covid