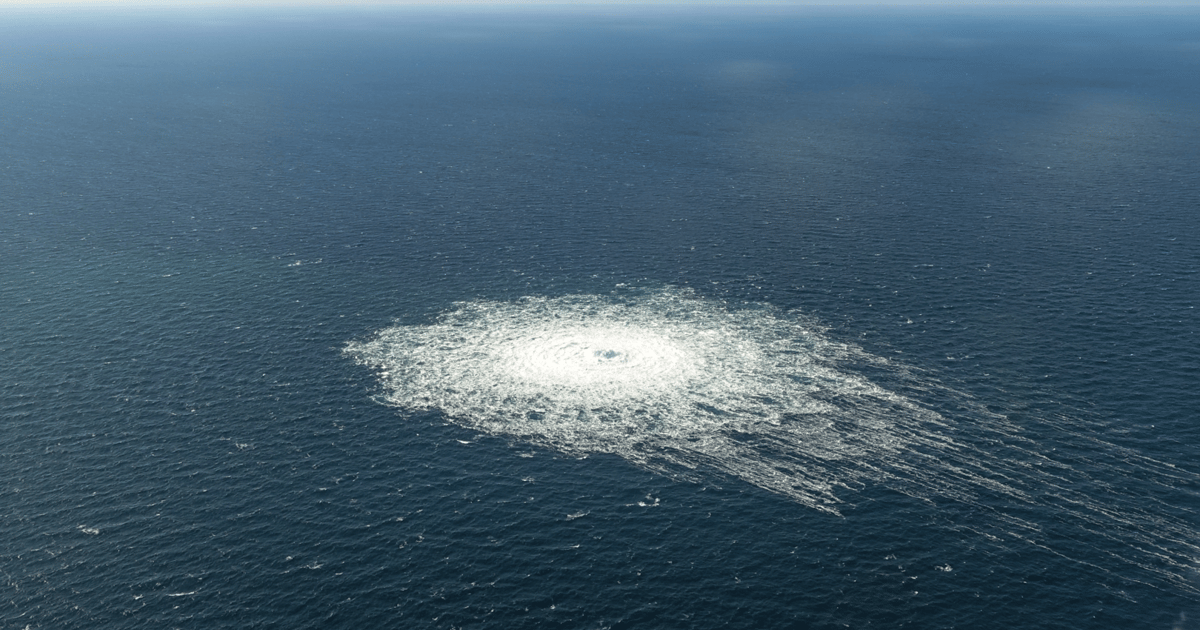 Although suspicion is falling on Russia, neither Copenhagen or Stockholm identified a culprit.

Sweden and Denmark on Tuesday said blasts on two Russia-to-Germany Nord Stream gas pipelines under the Baltic Sea were acts of sabotage, although neither country was ready to identify the culprit.

"It is the authorities' assessment that these are deliberate actions. It is not an accident," Danish Prime Minister Mette Frederiksen said on Tuesday, hardening an assessment from earlier in the day. "The situation is as serious as it gets," she added in remarks carried on Danish media.

Swedish Prime Minister Magdalena Andersson agreed: “We have Swedish information and we have also been in touch with Denmark, and based on this, we have concluded that this is likely a deliberate act, that is, it is likely an act of sabotage.”

"We do not yet know the details of what happened, but we can clearly see that it is an act of sabotage," he said at a joint appearance with Frederiksen earlier in the day, calling it "the next stage in the escalation of the situation we are facing in Ukraine."

Two of the leaks were near the double Nord Stream 1 pipeline, to the northeast of Denmark's Bornholm island, and one leak was reported near the Nord Stream 2 pipeline off the southeastern coast of the island, the Danish Maritime Authority said on Tuesday. The incidents are just beyond Denmark's territorial waters, with two in Denmark's exclusive economic zone and one in Sweden's exclusive economic zone — areas where the sea has the status of international waters.

Sweden's national seismic network detected two distinct blasts in the area on Monday, one at 2.03 a.m. and the second at 7.04 p.m., reported national broadcaster SVT.

A no-go zone of 5 nautical miles was established around each of the sites, which are at a likely depth of 60 meters to 70 meters, Baltic maritime agencies said.

The Danish military released pictures of clouds of gas bubbles roiling the surface of the sea.

Asked on Tuesday whether the leaks were the result of sabotage, Kremlin spokesperson Dmitry Peskov said: "We cannot rule out any possibility right now. Obviously, there is some sort of destruction of the pipe. Before the results of the investigation, it is impossible to rule out any option."

"This is a completely unprecedented situation that requires an urgent investigation," he added.

Nord Stream 2, which is not in operation, was nonetheless filled with 177 million cubic meters of natural gas — worth €358 million at current prices — to bring pipeline pressure up to 300 bar in anticipation of being allowed to flow. Germany froze approval of the pipeline after Russia's invasion of Ukraine.

At the German landfall, pipeline pressure was registering 7 bar, the German infrastructure regulator said on Monday.

"Today we were informed by the network operator Gascade that there has been a sharp drop in pressure in the Nord Stream 2 pipeline," the infrastructure regulator said in an emailed statement. "We still have no clarity about the causes and the exact facts."

Nord Stream 2 AG, the pipeline owner and operator, did not respond to requests for comment. The pipeline is owned by Russia's Gazprom.

The parallel Nord Stream 1 pipeline was fully opened in 2012. It has a capacity of 55 billion cubic meters a year, but Russia has stopped sending gas through to Germany, claiming that the pipeline needs maintenance. German politicians accuse the Kremlin of feigning repairs to retaliate against the EU’s support for Ukraine.

Nord Stream AG, the company that owns Nord Stream 1 and is a consortium in which Gazprom has a majority stake and includes four Western energy firms, said on Monday evening: "The dispatchers of the Nord Stream 1 control center registered a pressure drop on both strings of the gas pipeline. The reasons are being investigated."

Given it took weeks for Nord Stream 2 to be filled with that amount of gas, the speed of the pressure drop — virtually overnight — pointed to the possibility of a major leak rather than any attempt on the Russian side to siphon back gas supplies, according to several officials not authorized to speak publicly. 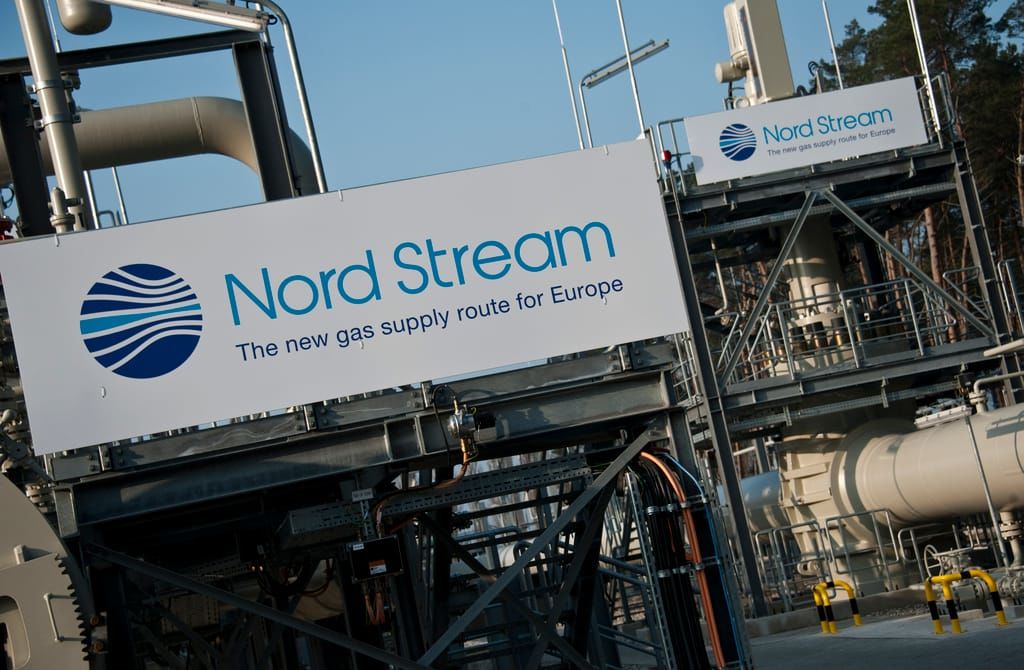 “It seems extremely improbable that the leaks on two different pipelines happen at the same time. Therefore I think we should assume that it was intentional to create these leaks,” said Mateusz Kubiak, managing partner at the Warsaw-based Esperis consultancy. He added that he did not think it would make sense for the West or Ukraine to sabotage the pipelines, “Especially as the gas flows were already halted, in the case of Nord Stream 1, or had never started in the case of Nord Stream 2."

A European Commission spokesperson said Tuesday: “At this stage, it’s very premature to speculate on what the causes are. As I said, we have been informed by the member states concerned, and the member states are looking into this issue. We will remain in close contact with them.”

The price on the EU's benchmark TTF gas hub was up by 20 percent to around €209 per megawatt hour on Wednesday — still far below August's peak of €346 per MWh, but a sign of the concern over future gas supplies.

Unlike oil spills, natural gas — also known as methane — bubbles up to the surface. However, there are climate consequences. It is highly flammable and has such a potent global warming effect that it has been likened to "CO2 on steroids."

"As soon as the gaseous methane rises above the sea surface into the atmosphere, it contributes massively to the greenhouse effect," said Sascha Müller-Kraenner, federal director of NGO Environmental Action Germany.

"The significant drop in pressure that has already occurred in the Nord Stream 2 pipeline gives reason to fear that this is a major accident and that significant quantities of the dangerous greenhouse gas methane have already leaked into the Baltic Sea," said Müller-Kraenner.