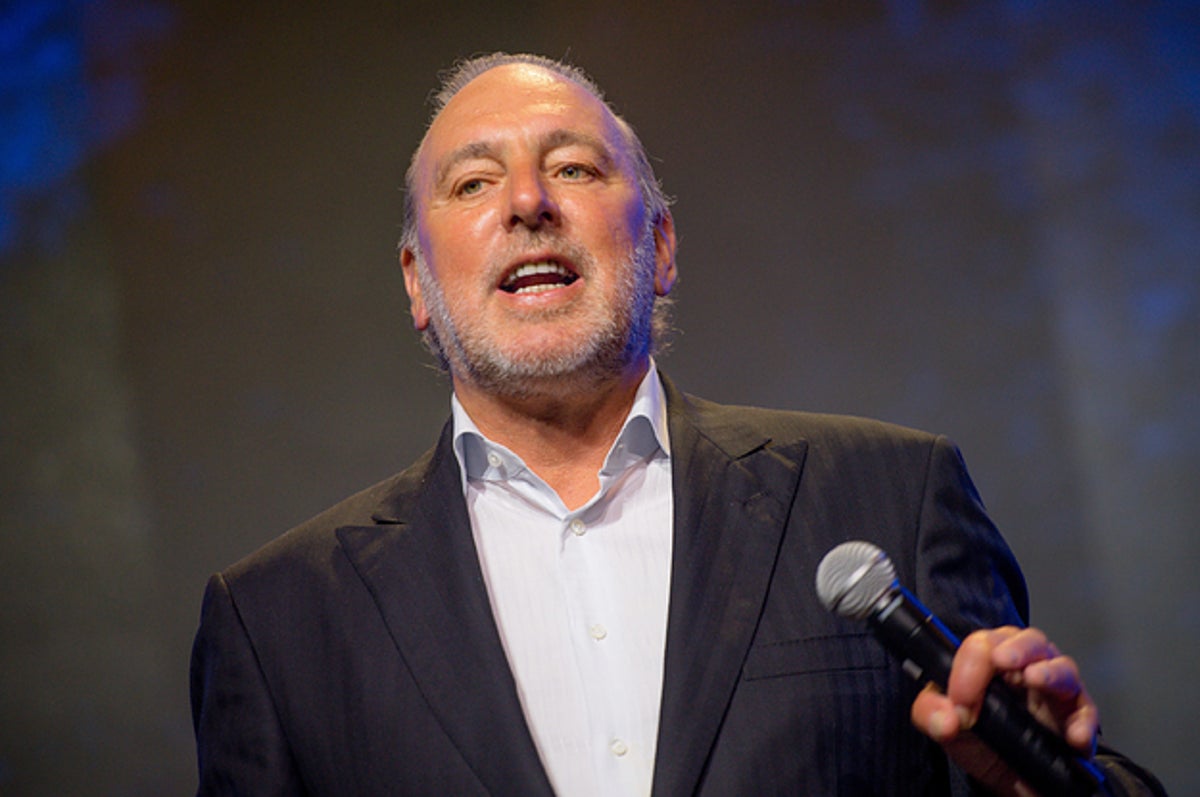 This comes months after the church, which has locations around the world and celebrity members, fired its star pastor Carl Lentz for cheating on his wife.
The founder of the megachurch Hillsong has been charged with covering up his late father's child sexual abuse offenses.

Police in New South Wales, Australia, served 67-year-old Brian Houston Thursday with a charge of concealing a serious indictable offense, and he is expected to appear in court in October. Their investigation into the matter began in 2019 after reports that Houston had concealed information relating to Frank Houston's alleged sexual abuse against children, police said.

"Police will allege in court the man knew information relating to the sexual abuse of a young male in the 1970s and failed to bring that information to the attention of police," a police statement reads.

In a statement to BuzzFeed News, the pastor denied the charge.

"These charges have come as a shock to me given how transparent I’ve always been about this matter," Houston said. "I vehemently profess my innocence and will defend these charges, and I welcome the opportunity to set the record straight."

How the Sydney-based pastor responded to accusations of abuse against his father has been reported in Australian media since 2014, when Houston spoke to the Royal Commission Into Institutional Responses to Child Sexual Abuse, an Australian government investigation into institutions including churches.

In the past, Hillsong has responded to those media reports by defending its founder while distancing him and the church from the actions of his father, who was also a pastor. Frank Houston, who died in 2004, has been accused of abusing up to nine boys, the New Daily reported. One alleged victim said he was 7 years old when the abuse began.

"The abuse by Frank Houston occurred many years before Hillsong church existed," a prior Hillsong statement said. "It is an indisputable fact that Pastor Brian is not a perpetrator of abuse, has never been accused of abuse, and took immediate action to expose and stop a child abuser."

In 2014, Houston said in a statement that he found out about his father's abuse 22 years ago, confronted him, and "ensured he never preached or served in any ministry capacity again." Hillsong would go on to absorb Frank Houston's Sydney Christian Life Centre.

In a statement on its website a few weeks ago, Hillsong said that Houston reported his father's abuse "to the National Executive Assemblies of God in Australia, relayed the matter to the governing board of Sydney Christian Life Centre, and subsequently made a public announcement to the church."

Frank Houston was never on staff at Hillsong, according to a statement from the megachurch.

Brian Houston and his wife, Bobbie, founded Hillsong in 1983 in Sydney. The church has expanded to 30 countries with 10 churches in the United States, boasting it reaches 150,000 people each week in its services. Those have included star-studded attendees, like Justin Bieber, Selena Gomez, and Kourtney Kardashian. However, in January, after reports that Bieber was studying to be a minister at Hillsong, Bieber wrote on his Instagram that he no longer attended the church.

Bieber's disassociation with Hillsong came as the church faced a separate scandal, firing the lead pastor of its New York City branch. Carl Lentz, whose hip take on Christianity earned him a major social media following, was fired with "ongoing discussions in relation to leadership issues and breaches of trust, plus a recent revelation of moral failures," according to a church statement. Lentz later admitted he had been unfaithful in his marriage.