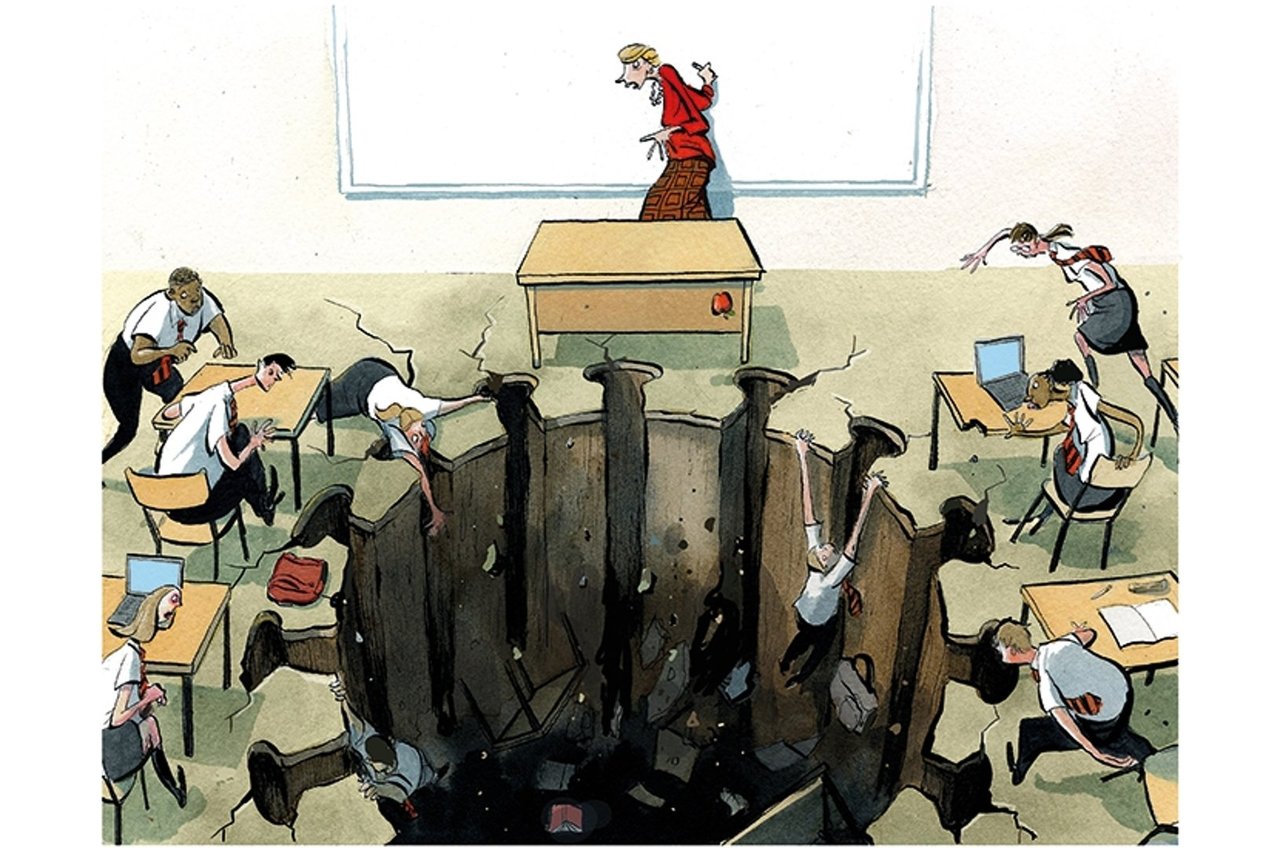 This week would normally be the time when state and private schools go their separate ways, when privately educated children go off on their holidays while the state school lot carry on for another couple of weeks of term. Except this time, the divergence happened in March, when lockdown started and the educational apartheid began, between rich and poor – or at least, between those who can afford fees and the not so well off.
At that point, private school pupils went online for their education with school days running pretty well as normal; state school pupils ceased to have any education at all apart from homework set online, which might be marked, or might not, depending on whether the teachers felt like it. My son, who’s at a good school, has had precisely two online lessons since lockdown. My daughter’s had some maths lessons, about five or six. By the time they return to school, it’ll be getting on for six months since their last formal education.

And now, it seems the great divide between state and private sector will be perpetuated even beyond September. As the Sunday Times reported yesterday, some state schools, notably the Harris Academies, may be reducing the number of GCSEs some pupils take to ensure they focus on maths and English rather than the soft stuff…art, music, that sort of thing. Private schools, by contrast, will be offering the usual eight or nine or more subjects, so as not to reduce pupils’ options at A level. The fact they’ve been teaching children during lockdown means their pupils won’t be three months behind in their work. Mind you, for private schools, art and music – like games – aren’t regarded as a luxury; more like part of a normal education. Which is precisely what most parents would like for their children.

This divide is a disaster and it was an avoidable one. If the Education Secretary, Gavin Williamson, had insisted at the outset that children should be taught as far as possible online, and that core workers’ children and pupils in care who were actually in school should maintain the normal curriculum, then there wouldn’t be this gap in outcomes. Schools and unions took the view that schools should shut and that because poorer pupils didn’t all have access to laptops, no one should have online classes. Ministers should have challenged that lazy, demoralising assumption. Ofsted didn’t have any remit for inspecting schools during lockdown, so even within the state sector there has been a vast disparity in performance. Some teachers did their best to offer classes, to chase up pupils who weren’t submitting work; others couldn’t be bothered. By contrast, the parents who pay for their children’s education wanted to know why if they weren’t getting their money’s worth.

Amanda Spielman, the Ofsted head, is absolutely right to insist that scaled down GCSEs should only be an option for a very small minority of pupils. But it’s dispiriting that for the plebs, art and music are actually regarded as optional… because I am afraid that if these non-core subjects aren’t taught at GCSE they probably won’t be taught at all. It would be pleasant to think that it didn’t matter, because every state school has a choir and music tuition, and arts lessons and pottery clubs; well in some schools it happens but in an awful lot it doesn’t, like team sports for all.

While we’re at it, what do you make of the other news from Mr Williamson’s manor, that you can now pass a GCSE in a foreign language without any oral examination whatsoever, just a note about your competence from your teacher? That says quite a lot about Ofqual, the exams watchdog. But given that the state schools actually offering something as basic as German are vanishingly rare, I suppose we should be grateful that they bother to teach languages at all.