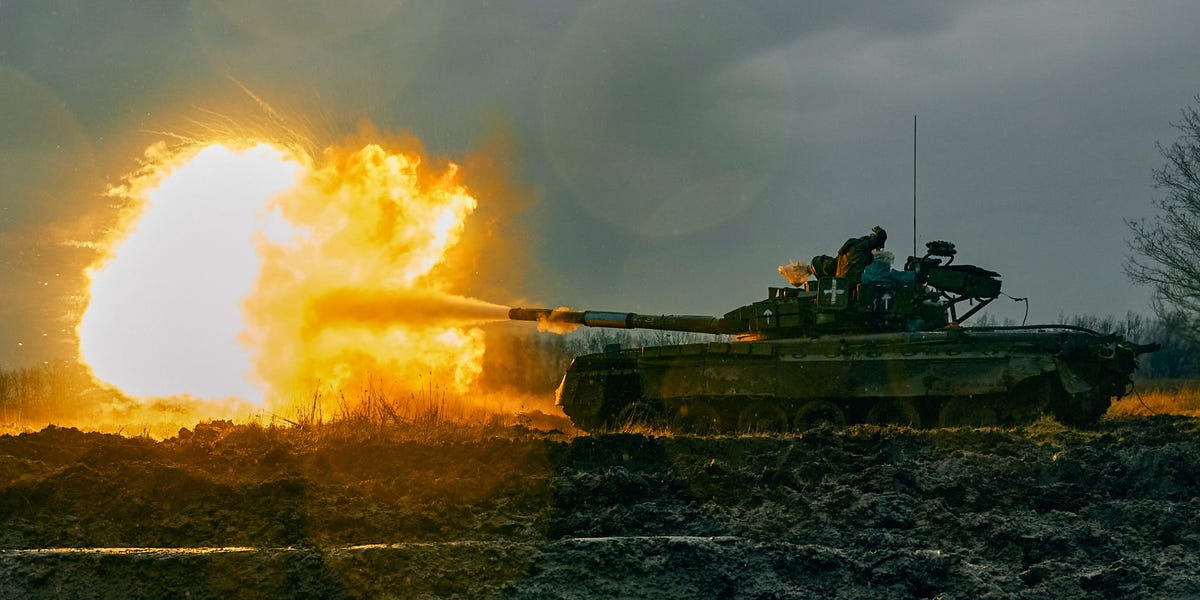 The UK defense chief read out the numbers on Russia's war losses, and they're bleak

The UK estimates over 100,000 Russians "are either dead, injured, or have deserted," and Moscow has lost thousands of pieces of military hardware.
After nearly 10 months of war in Ukraine, the UK's defense chief revealed this week a bleak set of figures on Russian military losses.

"We can say that we estimate over 100,000 Russians are either dead, injured, or have deserted," UK Defense Secretary Ben Wallace said on Monday as he delivered updates on the war to London's House of Commons.

This figure reflects a similar estimate from top US Gen. Mark Milley, who said in early November that over 100,000 Russian soldiers had been "killed and wounded" since Moscow launched its large-scale invasion on February 24. At the time, he noted that Ukraine's military has "probably" seen similar casualties.

Additionally, Wallace noted Russia has lost 4,500 armored vehicles, 63 fixed-wing aircraft, 70 helicopters, 150 unmanned aerial vehicles (UAVs), 12 naval vessels, and over 600 artillery systems. He did not specify the make and model of each of these weapons systems.

According to the open-source intelligence operation Oryx, Russian forces have lost over 8,400 vehicles or pieces of equipment — meaning it was either destroyed, damaged, abandoned, or captured. Specifically, the country has lost over 1,500 tanks, more than 700 armored fighting vehicles, 160 multiple rocket launchers, and nearly 300 self-propelled artillery systems.

Russian troops abandoned massive amounts of weaponry, ammunition, and equipment during Ukraine's lightning-fast counteroffensive in the country's northeast Kharkiv region. The blitz-style campaign saw Kyiv liberate thousands of square miles of territory earlier in the fall that was previously under Russian occupation.

As they quickly fled their positions in the face of the advancing Ukrainians, Russian forces abandoned an overwhelming amount of military equipment. And adding to its many problems, Russia has been rapidly burning through its stockpiles of munitions faster than it can replenish them, forcing it to rely on older, less reliable weapons and ammunition pulled from storage and to turn to pariah states like Iran and North Korea for assistance.

Beyond just weapons and personnel, Wallace said that Russia has also "failed to capture a single one of its major objectives from day one," adding that Russian President Vladimir Putin's "three-day war, 'or special operation,' ... turns out to be a disaster for him and his army."

His remarks appear to reference Putin's pre-war expectations that Kyiv would fall in a matter of days and the term "special military operation" that the Russian leader has used to avoid calling the conflict what it actually is — a war. Months later, the bloody campaign continues to show no signs of slowing down. The Kremlin rejected a Ukrainian call for Russia to withdraw troops at Christmas.

In November, Colin Kahl, the undersecretary of defense for policy at the Department of Defense, said that the Russian military has "suffered a massive strategic failure" in Ukraine, adding that "Russia will emerge from this war weaker than it went in."