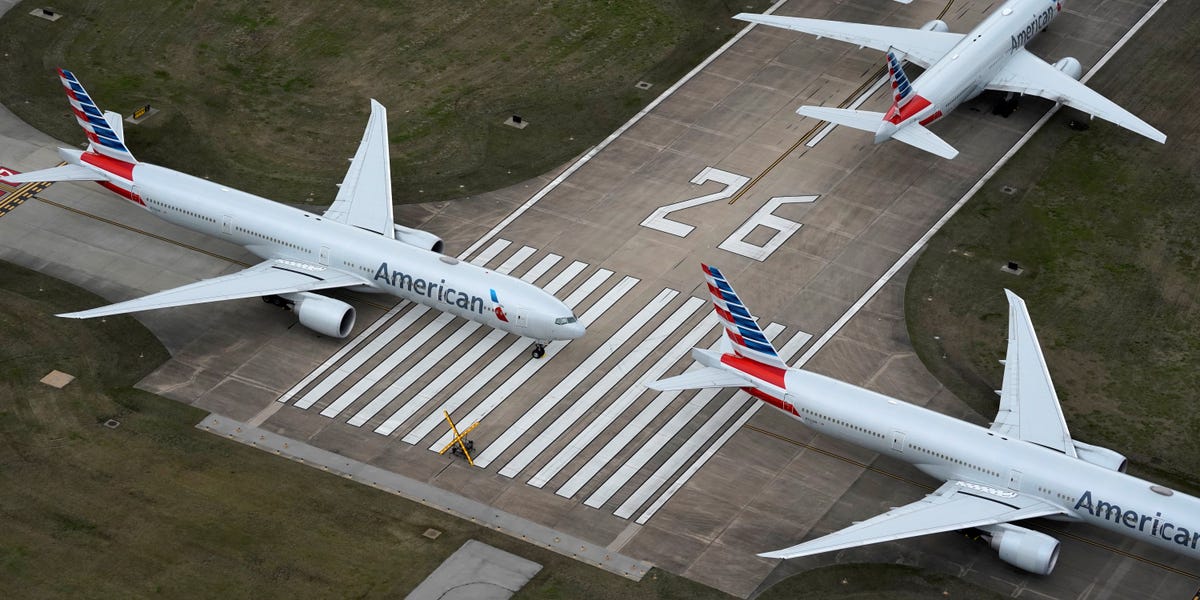 The world's airlines say they won't recover until 2024, reflecting a new wave of pessimism as the pandemic rages on

The International Air Transport Association, which represents most of the world's major airlines, said it does not expect the airline industry to recover from the coronavirus pandemic until 2024.. The timeline, along with recent comments from airline executives, reflects a new level of public pessimism about when business will return to normal.. Industry analysts offered that timeline as early as April, when airlines were painting a rosier picture. Here's what led the world's largest airline trade group to agree.
The International Air Transport Association (IATA), a global trade group representing most of the world's major airlines and cargo carriers, said earlier this week that it does not expect the air travel industry to recover from the hit dealt to it by the coronavirus pandemic before 2024.

That timeline, which defines "recovery" as a return to 2019 levels of traffic and revenue, is the most dire yet offered by the group, which had previously forecast a bounce back by 2023.

"Ahead of any vaccine, it really does depend on how well countries manage to control the virus," IATA's chief economist, Brian Pearce, said in a briefing on Tuesday. "That is clearly going to be an issue with the recovery. What we haven't seen is the sort of progress that we need."

The bulk of the problem is that the flying public has relatively little interest in flying. "While pent-up demand exists for VFR (visiting friends and relatives) and leisure travel, consumer confidence is weak in the face of concerns over job security and rising unemployment, as well as risks of catching COVID-19," IATA said in a press release.

Moreover, corporate travel staying down as companies seek to cut costs and adjust to remote meetings will hamper a recovery, IATA said. Even as the economy picks back up, business travel may be slow to return.

"Corporate travel budgets are expected to be very constrained as companies continue to be under financial pressure even as the economy improves," IATA said. The group said surveys indicate that the link between GDP growth and business travel has frayed, as videoconferencing makes in-person meetings less necessary.

IATA's revised timeline represents the culmination of a new wave of pessimism from airlines about the travel recovery.

In the early months of the pandemic, most carriers suggested a two- to three-year timeframe for recovery. One exception was Southwest CEO Gary Kelly, who offered a five-year timetable in April. "Based on history, in a recessionary environment, it is a long recovery period for businesses," Kelly said on his first quarter earnings call. "This one feels like it could be worse."

Industry analysts, too, were quick to predict a long road to recovery. Travel demand fell off in the Asia region in mid-to-late January, and cratered in the rest of the world in mid-March. While analysts in January had envisioned a V-shaped recovery if the impact spread to US and Europe markets, by April, that hope had evaporated.

"We are growing increasingly convinced that industry recovery to 2019 levels of output will be a multi-year affair," analyst Jamie Baker of JPMorgan wrote in early April, "resulting in the material shedding of aircraft and headcount along the way."

"We expect it to take 2 to 5 years to recover to 2019 levels," analyst Helane Becker of Cowen wrote in a lengthy April 13 report titled A Winding Road to Recovery, adding: "our working assumption is 2021 revenues will be back to 2016 levels."

"Unfortunately, return to work might not mean immediate return to the air," she added. "It is highly likely that any recovery won't start until the fourth quarter at the earliest, and then continue slowly through 2021 and into 2022."

Other leading analysts, including Jamie Baker of JPMorgan and Andrew Didora of Bank of America, also continue to suggest a similar timeline, pointing to 3-4 year targets in recent research notes.

And now, the airlines themselves agree: The road back to "normal" won't just be rough, but long.