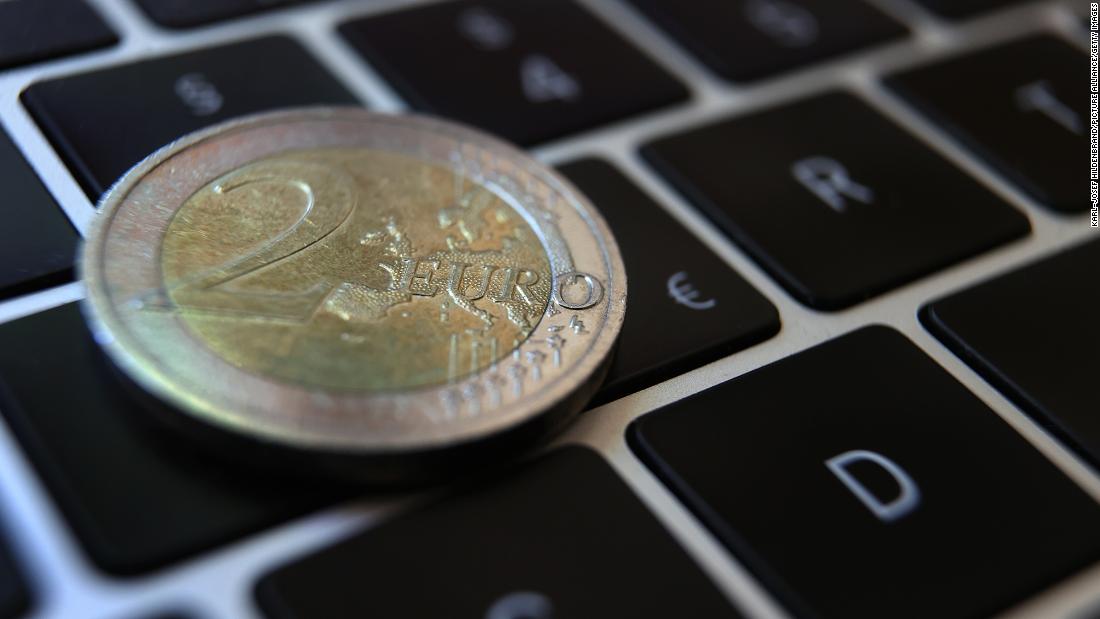 The European Central Bank is moving ahead with efforts to create a digital version of the euro as the use of cash declines and China ramps up tests of its own e-yuan.

The central bank announced a two-year investigation on Wednesday that will examine "key issues regarding design and distribution" of a digital euro and analyze the potential market impact. A final decision on whether to roll out a digital euro would come later.

"Given the digital transformation under way, which has the potential to transform the payments landscape and even the entire financial system, central banks must be bold and keep up with the pace of change," Fabio Panetta, a member of the ECB's executive board, said in a blog post.

A digital euro wouldn't replace cash, but would function in much the same way. Instead of paying for goods or services with banknotes, Europeans could use an electronic form of money issued by the European Central Bank or national central banks to a digital wallet.

Panetta said the central bank will aim to start developing a digital euro once the investigative period is over. That subsequent process "could take around three years," putting Europe on track to potentially roll out a digital currency in 2026.

Why Europe is taking action

The ECB acknowledges that "many questions still need to be answered" before a digital euro is introduced. But the central bank thinks it's worth exploring to "ensure that in the digital age citizens and firms continue to have access to the safest form of money, central bank money," President Christine Lagarde said in a statement.

It's also clear that the ECB is concerned about the consequences of waiting too long to act.

In a speech last month, François Villeroy de Galhau, the governor of France's central bank, said central bank money could become sidelined as the use of cash declines and new digital coins and tokens emerge. Europe started looking into a digital euro more seriously after Facebook (FB) unveiled plans to create a digital currency in 2019.

Villeroy also emphasized China's progress in launching a digital yuan, which is already available in a number of Chinese cities.

"The risk is clearly that Europe will lose momentum not just in its drive to strengthen the international role of the euro, but even in preserving it," he said. "The challenge here is also a geopolitical concern."

But some experts doubt that a digital euro is necessary, given how many consumers already make transactions using credit or debit cards or mobile payment services.

"I am a bit skeptical people are actually in need of this," said Grégory Claeys, a senior fellow at Brussels-based think tank Bruegel.

Federal Reserve officials in the United States are also discussing the possibility of creating a digital dollar, though they're moving with greater caution than their European counterparts.

Randal Quarles, the Federal Reserve's vice chair for supervision, said last month that any proposals to create a central bank digital currency, or CBDC, must clear a "high bar."

"Before we get carried away with the novelty, I think we need to subject the promises of a CBDC to a careful critical analysis," he said.

He noted that the US dollar is "already highly digitized," and pushed back on the notion that the United States needs to act just because other jurisdictions are moving first.

"It seems unlikely ... that the dollar's status as a global reserve currency, or the dollar's role as the dominant currency in international financial transactions, will be threatened by a foreign CBDC," Quarles said.