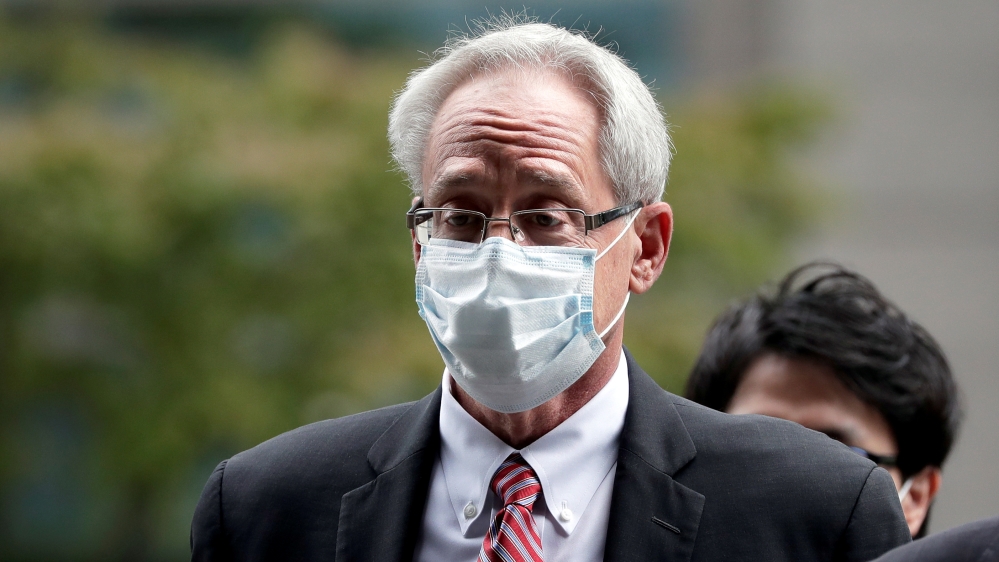 A Tokyo court on Thursday convicted Greg Kelly, a former representative director at Nissan Motor, of helping ex-CEO Carlos Ghosn hide pay he was meant to disclose to financial regulators.

In a ruling read out in court, the judge told Kelly that he had assisted Ghosn in concealing some 9.3 billion yen ($80m) in payments that were not disclosed in financial reports over the span of a decade.

The judge found that Kelly was not aware of all 9.3 billion yen ($80.46 million) of hidden payments over the period, blaming Toshiaki Ohnuma, an official who oversaw details of Ghosn’s compensation, for some of the misreporting. Ohnuma, who was a key witness for the prosecution, was not put on trial in return for his cooperation.

“The court finds the existence of unpaid remuneration” and the failure to disclose “the grand total” amounted to “false” reporting, the judge told Kelly in court.

The judge sentenced the American former Nissan executive to six months in jail, suspended for three years. The ruling means Kelly, who is entitled to appeal, will be able to immediately return to the United States.

“While this has been a long three years for the Kelly family, this chapter has come to an end. He and Dee (his wife) can begin their next chapter in Tennessee,” US ambassador to Japan Rahm Emmanuel said in a statement.

Kelly’s legal team argued during the trial at Tokyo District Court that Kelly was searching for legal ways to pay Ghosn to stop him from leaving for a competitor.

Prosecutors had asked that Kelly be sentenced to two years in prison. They alleged Ghosn, Kelly, and Nissan underreported Ghosn’s compensation in filings over eight years through to 2018.

The judgement – at the end of an 18-month-long trial and more than three years since his arrest alongside Ghosn – may be the closest a Japanese court gets to rule on the culpability of Nissan’s ex-chief.

Ghosn, who has proclaimed his innocence and harshly criticised the Japanese justice system over its near-perfect conviction rate, is beyond the reach of Japanese prosecutors after fleeing to Lebanon in 2019 hidden in a box on a private jet.