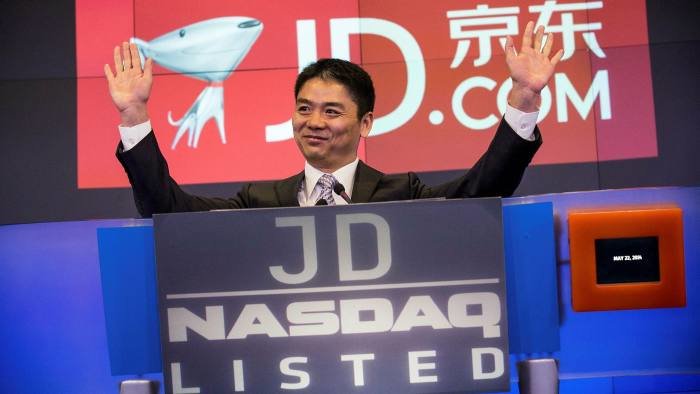 The proposals - announced by a working group that included Steven Mnuchin, the Treasury secretary, and Jay Clayton, the chairman of the Securities and Exchange Commission -would force Chinese companies to delist from US stock exchanges unless regulators get access to their audits.

President Donald Trump in June gave his team 60 days to come up with the recommendations, and their release on Thursday marks another point of growing friction between the US and China, as relations between the countries plummet to their lowest point in decades.

The measures, which are subject to a lengthy rulemaking process before going into effect, would force the delisting of Chinese companies audited by firms whose work cannot be reviewed by the US Public Company Accounting Oversight Board because of Chinese government restrictions.

The PCAOB has for years been unable to review audits of China-based companies that are listed on US exchanges. The Chinese government prohibits the US regulator from inspecting auditing firms in the country and bans sharing internal audit documents.

The Trump administration recommendations envision an alternative to delisting in which the companies could hire a co-auditor outside of China, potentially a US-based entity within the same auditor group, thereby allowing the PCAOB another means to review the audit.

The proposal recommends delisting companies that fail to comply with either requirement by January 1, 2022, and a ban on new listings that did not comply, which would kick in immediately.

“If they come into compliance there would be very little impact,” said a senior SEC official. “With zero compliance, I think you’d have a fairly significant impact.”

The SEC must engage in a rulemaking process before the proposals can come into force. It is unclear how quickly it could do so.

The commission would first need to formally draft the proposals before issuing them for a period of public comment that could take up to two months. Any responses would then need to be assessed and potentially incorporated before being finalised, making it very unlikely that the start of implementation could occur before the US presidential election in November.

If they did come into force, they would put significant responsibility on possible co-auditors based outside of China.

“Our system puts legal responsibility and significant financial consequences on auditors who sign an audit but don’t do an adequate one,” the SEC official said.

The move marks the latest effort by Mr Trump to take a tougher stance on China over everything from trade and technology to ensuring that US investors are not funding Chinese companies that Washington views as a security threat.

In recent months, Mr Trump has expanded a crackdown on China by taking more actions to reduce the exposure of investors to Chinese companies that the US believes are helping Beijing threaten the US. In May, the Federal Retirement Thrift Investment Board, which manages almost $600bn in pension funds for US workers, abandoned a plan that would have increased its investments in China following White House opposition.

The proposal also recommends enhanced disclosure requirements for China-based companies and funds exposed to China-based groups, requiring more due diligence on the behalf of index providers, and guidance for investment advisers.

China’s Ministry of Foreign Affairs said on Friday it required its companies to comply with the laws and regulations of the locations in which they were listed.

“Some US monitoring authorities are failing to comply with their obligations,” it said. “What they are doing is political manipulation. They are trying to force Chinese companies to delist from the US market. It will harm US investors' interests.”