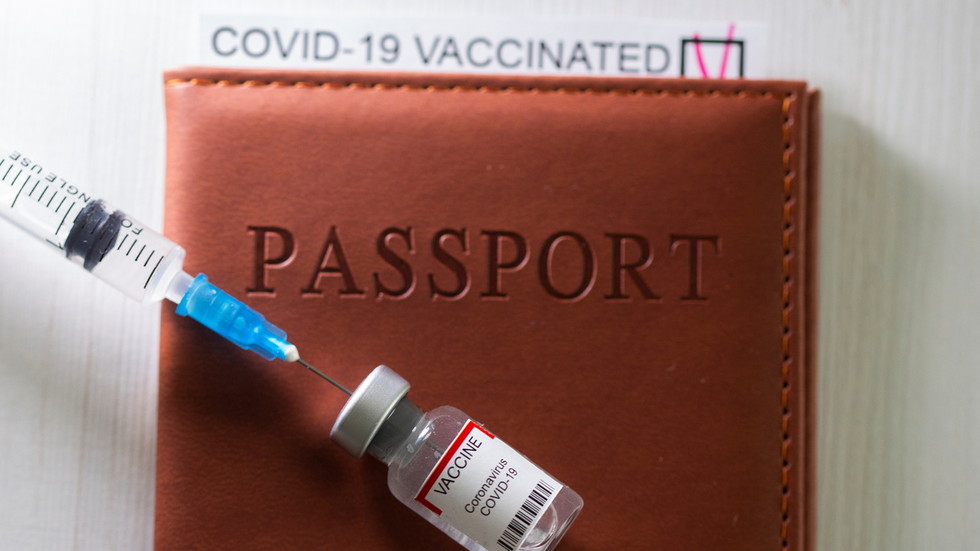 UK govt gave contract to IT firm that is ‘openly plotting’ to turn vaccine passports into a national ID card, privacy group warns

The British government has been accused of aiming to covertly implement a national ID programme, after it partnered with a company that has advocated turning vaccine passports into a multi-purpose document.
Entrust, an IT firm that bills itself as a “global leader in identities, payments, and data protection,” was awarded a contract by the Department of Health and Social Care last month to work on the UK’s Covid-19 vaccine certificate system. The company was given £250,000 ($346,000) to provide cloud-computing services for the government’s Covid-status certification scheme, iNews reported. The contract is due to expire in March 2022, but the government has the option of extending it for an additional year.

Health Secretary Matt Hancock stated last month that proof of vaccination will be “necessary” for international travel, and in recent weeks reports have emerged claiming that the UK government may require the document of people attending sporting events or other large gatherings.

Judging from Entrust’s own stance on the issue, it’s possible that the government may have even more ambitious plans for the digital certificate. In a February blog post published on the company’s website, Jann Markey, Entrust’s product marketing director, argued that the advent of the vaccine passports could be used as an opportunity to roll out a national ID as part of “the infrastructure of the new normal.”

“Consider a national ID strategy: With the infrastructure and investment necessary to ensure a viable vaccine passport, why not redeploy this effort into a national citizen ID programme that can be used for multiple purposes including the secure delivery of government services, secure cross-border travel, and documentation of vaccination,” the blog, which explores vaccine passports in the “post-pandemic world,” states.

Entrust’s partnership with the UK government has already raised alarm among civil liberties organisations and lawmakers.

Tory MP David Davis, a member of the anti-lockdown Covid Recovery Group, demanded an explanation from the government. He told iNews that it was “extraordinary” that the health department could ink deals with such companies without first getting permission from Parliament, adding that it was particularly worrying that a contract could be given to a firm “with this sinister attitude to surveillance of citizens.”

Former Conservative leader Sir Iain Duncan Smith echoed similar displeasure, claiming that the contract contradicts the “stated position of the government” and should be nixed.

Big Brother Watch, a privacy and civil liberties group, said the Entrust contract represents an attempt by the government to issue ID cards “by the backdoor.”

“The fact that the government has done a deal with Entrust, a company which is openly plotting a route from vaccine passports to digital identity cards, only underlines what a serious threat Covid passes would be to our civil liberties and our privacy,” the organisation’s head of research, Jake Hurfurt, warned.

A health department spokesperson insisted that the NHS app used to certify vaccination status will not be used as a national ID system, describing the scheme as a “simple and secure means” to allow for international travel. Entrust declined to comment when contacted by iNews.
#COVID-19  #vaccine  #Covid