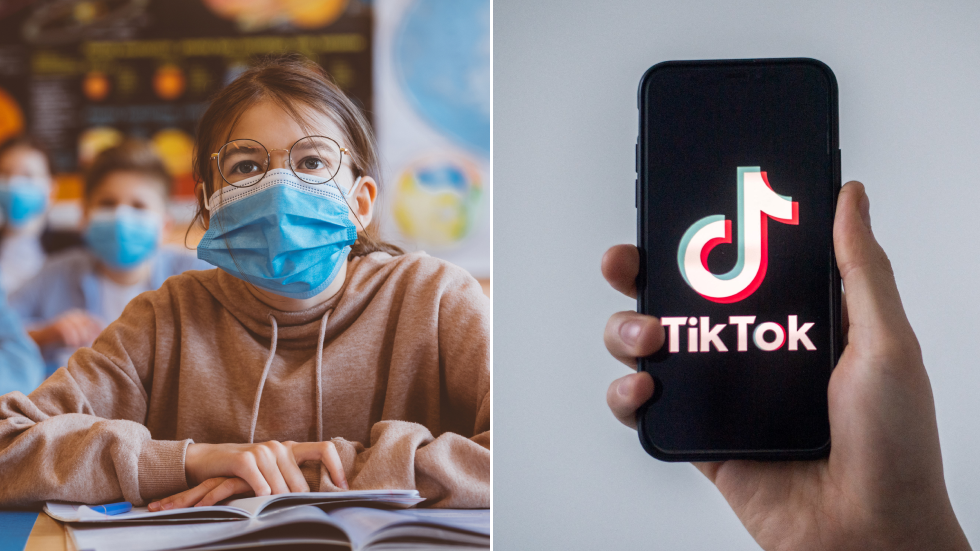 As the UK government plans to remove the bubble system that has seen thousands self-isolating, pupils are flooding to TikTok, hoping to find out how to get a false-positive Covid test result so they can stay at home.
UK’s Education Secretary Gavin Williamson has told MPs he expects that school ‘bubbles’ – and other restrictions on schools and colleges – will be removed “as quickly as possible.”

Speaking in the House of Commons, Mr Williamson said that “further steps will be taken to reduce the number of children who have to self-isolate,” with the government considering a new model for keeping children in schools, possibly by carrying out daily contact testing. The government indicated earlier that the ‘bubble’ system may be replaced in time for the start of the new school year in September.

The announcement follows massive disruptions in schooling, with up to 375,000 children currently at home after having close contact with an infected person in school. The so-called ‘bubble’ approach means that for every positive case, some 20 other pupils on average must self-isolate for 10 days. The government previously said that the policy was helping to curb the spread of the virus.

Meanwhile, videos on TikTok showing how to get a false positive on a lateral flow test have scored millions of views. Videos circulating on the platform show teenagers trying and testing ways to achieve a fake positive and also sharing their know-how. One particular account with the #fakecovidtest hashtag boasts over 22,000 subscribers and a total of more than 7.5 million views. The makers of the videos use everyday products such as lemon juice, paints, nail polish remover, plant soil, and soft drinks to apply onto a test in the hope of getting a positive result.

According to the fact-checking website Full Fact, “foods high in acid can break lateral flow tests and cause it to appear ‘positive’.” The site adds that the tests are “very unlikely to give a false positive result if used correctly.”

Most of the videos, however, either don’t show what the result was or show a negative result – but some commenters have offered their own ‘proven’ solutions.

The Association of School and College Leaders has cautioned parents to make sure their children are not misusing the tests and are testing correctly. It suggested, according to media reports, that pupils who are interested in chemical reactions should attend chemistry lessons in school.
#Covid