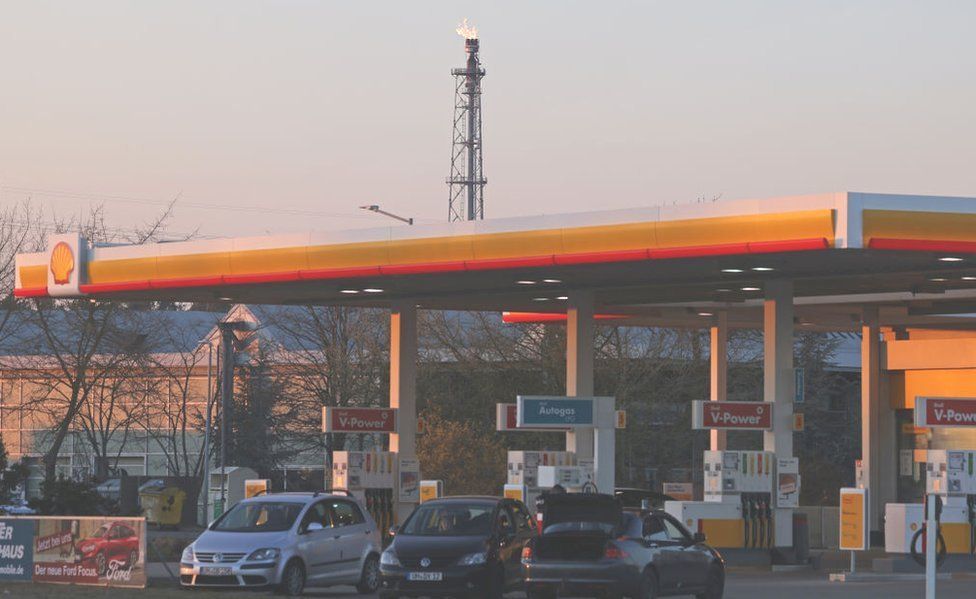 German Vice-Chancellor Robert Habeck has called on the public to cut energy use and stop using cars to help wean their country off Russian oil and gas.

"If you can take the train or bike over Easter, that's good too: it's easy on the wallet and annoys Putin," said Mr Habeck, who is also economics minister and co-leader of the Greens.

Germany has resisted European calls for a ban on Russian energy.

Ukraine's president has criticised the stance of both Germany and Hungary.

"We need to talk together with these countries on how it's possible for there to be different attitudes to this issue - the oil embargo within the European Union," Volodymyr Zelensky told the BBC.

He has argued that Russia does not need to take peace talks seriously because of the billions it receives from oil exports. Some of Ukraine's friends and partners now understood it was an issue of survival for Ukraine, he said.

Although German imports have fallen this year, it still gets a quarter of its oil and 40% of its gas from Russia. It has already halted the opening of a big Russian gas pipeline, Nord Stream 2, in response to the war.

Amid EU pressure to ban Russian oil, Chancellor Olaf Scholz has indicated that Germany could do so by the end of this year. However, some members of his coalition from the Greens and business-friendly FDP have accused him of failing to show leadership.

"Now is the time to lead and by doing so move forward together with our coalition," she added.

'Paying the price with lives'

Ukrainian Foreign Minister Dmytro Kuleba has appealed to Berlin to make a quick decision on sending further heavy weapons. "Germany plays a leading role in Europe and we are counting on this leadership," he told German TV.

"We are paying the price with people's lives," he said, adding that if Germany had changed its approach earlier then war could have been prevented.

Mr Scholz's coalition partners are also pushing for Germany to send further heavy weapons to Ukraine. However, the economics minister said the German military had already delivered what it could without affecting its own operational capability.

German manufacturer Rheinmetall has offered to send Leopard 1 battle tanks, but Mr Habeck said they had to be refurbished and that could take months.

In his interview with the Funke news group, the Greens minister said every German could make a dent in their reliance on Russia by cutting their energy consumption by 10%.

Mr Habeck said lowering the temperature was perhaps not quite as comfortable but nobody would freeze.

Bosses should also consider offering staff the chance to work from home, as they did during the Covid-19 pandemic, for one or two days a week.

More than 330,000 refugees from Ukraine have registered in Germany since the start of the war, although the true figure is unclear.