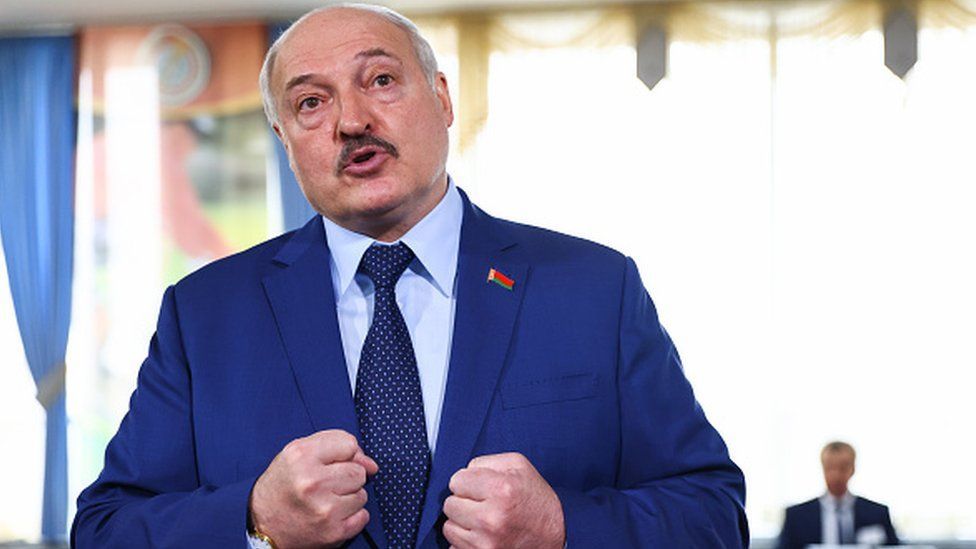 The UK has targeted Belarusian army chiefs as part of its first wave of sanctions against Belarus for its role in Russia's invasion of Ukraine.

Four defence officials and two military enterprises are included in the package.

Mr Lukashenko has hosted Russian forces and allowed them to use Belarus as a staging ground.

Mr Putin backed Mr Lukashenko after he claimed a disputed election victory in 2020, sparking mass protests that almost ousted him from power.

The exercises were extended and then Belarus announced that the Russian troops would remain in the country, citing "the aggravation of the situation" in eastern Ukraine.

But on Monday, Mr Lukashenko said Belarus had no plans to join Russia's military operation in Ukraine, according to state news agency Belta.

Announcing sanctions on Tuesday, the UK government accused Belarus of "facilitating the invasion from within its borders".

*  Belarus's deputy defence minister, Major General Victor Gulevich, who is "responsible for directing the actions of the Belarusian armed forces"

*  Also sanctioned are JSC Integral, a military semi-conductor manufacturer, and JSC 558 Aircraft Repair Plant, which provides maintenance and servicing to military aircraft at an air base from which Russian aircraft have operated

Ms Truss said Belarus "will be made to feel the economic consequences for its support for Putin".

"We are inflicting economic pain on Putin and those closest to him. We will not rest until Ukraine's sovereignty and territorial integrity is restored."

The UK says it has already imposed sanctions on more than 100 people and organisations in response to the "fraudulent elections" and "human rights violations" in Belarus.

Suggesting further sanctions could be imposed on Belarus over the Ukraine invasion, the foreign secretary said "nothing - and no one - is off the table". 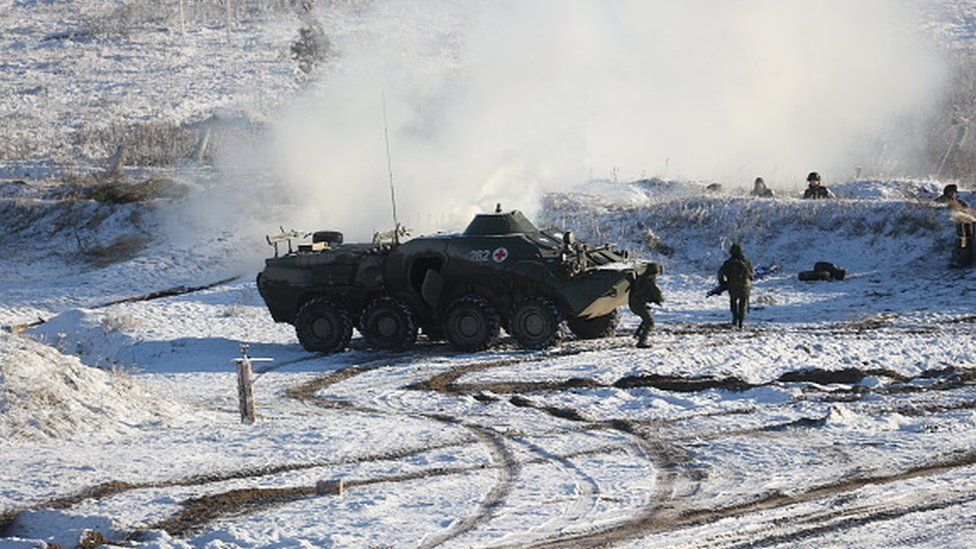 Tuesday's Belarus sanctions came as MPs approved new measures against Russia over its invasion of Ukraine.

The package includes a full asset freeze for all Russian banks, as well as new powers to limit them from clearing payments in sterling.

A ban has also been enacted on a range of exports critical to the maintenance and development of Russia's military and strategic interests.

It is being applied in close alignment with the US, European Union and other partners to collectively cut off much of Russia's high-tech imports.

The measures were announced by Prime Minister Boris Johnson, who told the House of Commons last week they were "the largest and most severe package of economic sanctions that Russia has ever seen".

Described as economic war, they are designed to isolate Russia and plunge the country into a recession.

To apply more pressure on Russia, Labour and Conservative MPs have called on the UK government to strengthen the sanctions regime.

Labour shadow foreign minister Stephen Doughty urged the government to "go even faster and further", warning in some cases the sanctions have been "off the pace" compared with the UK's allies.

Conservative former cabinet minister David Davis said action was needed against the "140 or so oligarchs" identified as having "direct links" with President Putin.