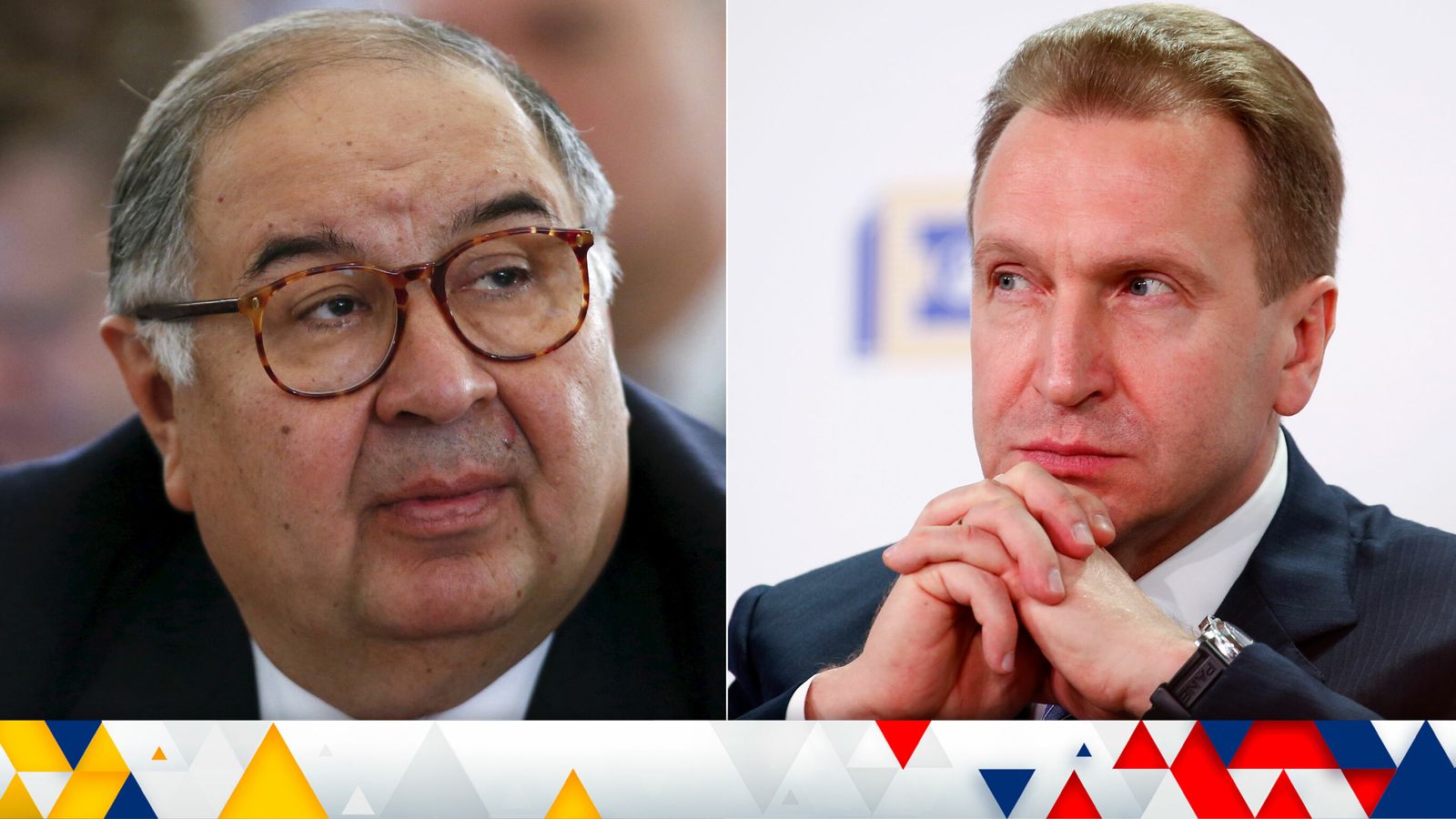 Alisher Usmanov and Igor Shuvalov have become the 12th and 13th oligarchs since last week to be sanctioned by the UK over Russia's invasion of Ukraine.

A former major shareholder in Arsenal FC and Russia's ex-deputy prime minister have become the latest oligarchs to be sanctioned by the UK, the Foreign Office said.

Foreign Secretary Liz Truss said Alisher Usmanov, who owned more than 30% of Arsenal before selling up to current owner Stan Kroenke in 2018, has been sanctioned.

He then developed commercial links with fellow Premier League club Everton through his firm USM, but these were suspended on Wednesday. 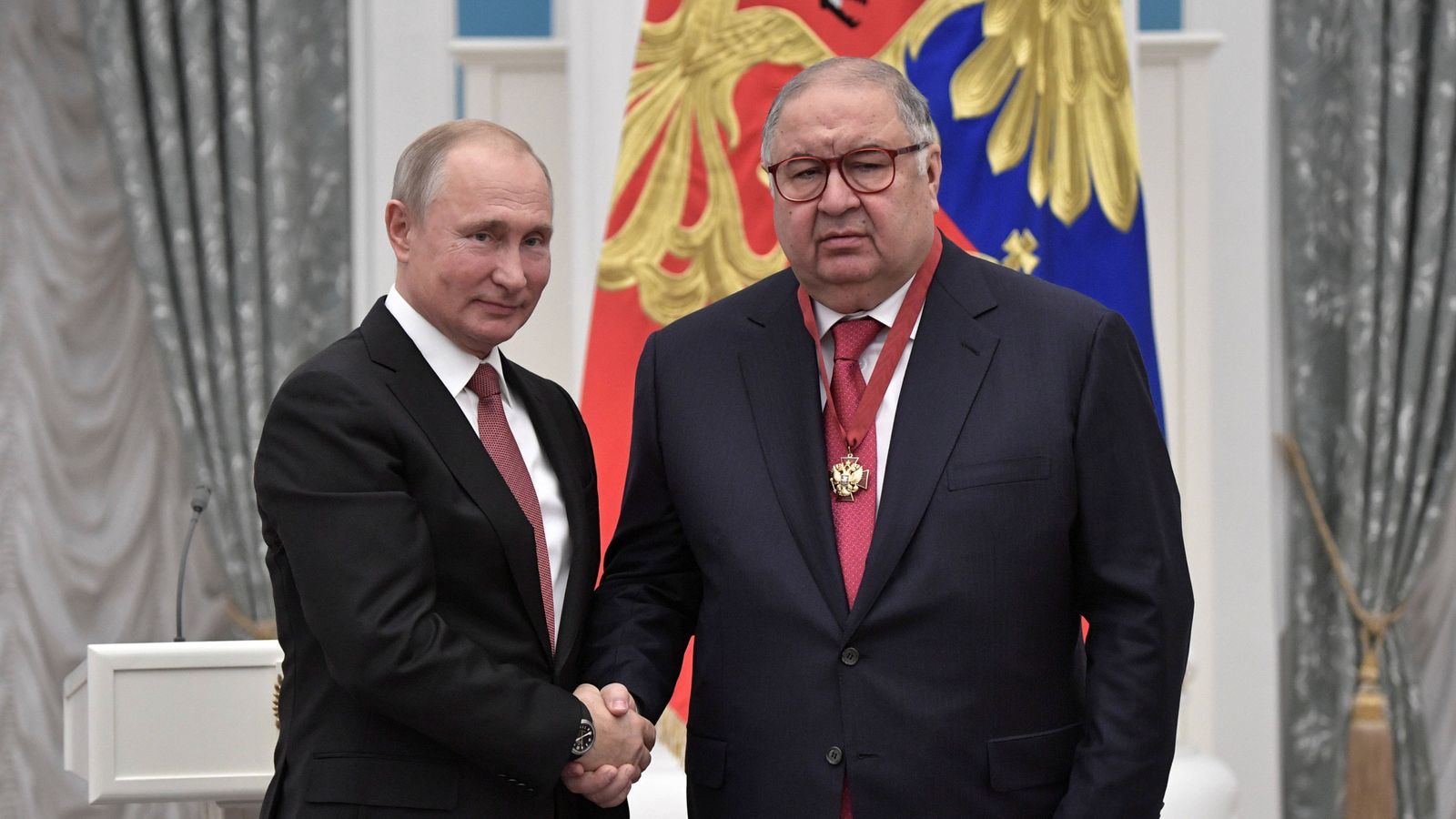 Mr Usmanov with Vladimir Putin in 2018

He is currently chairman of Russian state-owned development bank VEB.RF, which was one of three Russian banks sanctioned by the UK earlier this week.

The US also announced sanctions on the two oligarchs on Thursday.

Both of their assets are frozen, they are banned from travelling, and no British citizen or business can deal with them under the sanctions' terms.

They have become the 12th and 13th Russian to be sanctioned by the UK over Moscow's invasion of Ukraine since last week. Eleven of them are oligarchs and the other two are Vladimir Putin and Russian Foreign Minister Sergei Lavrov. 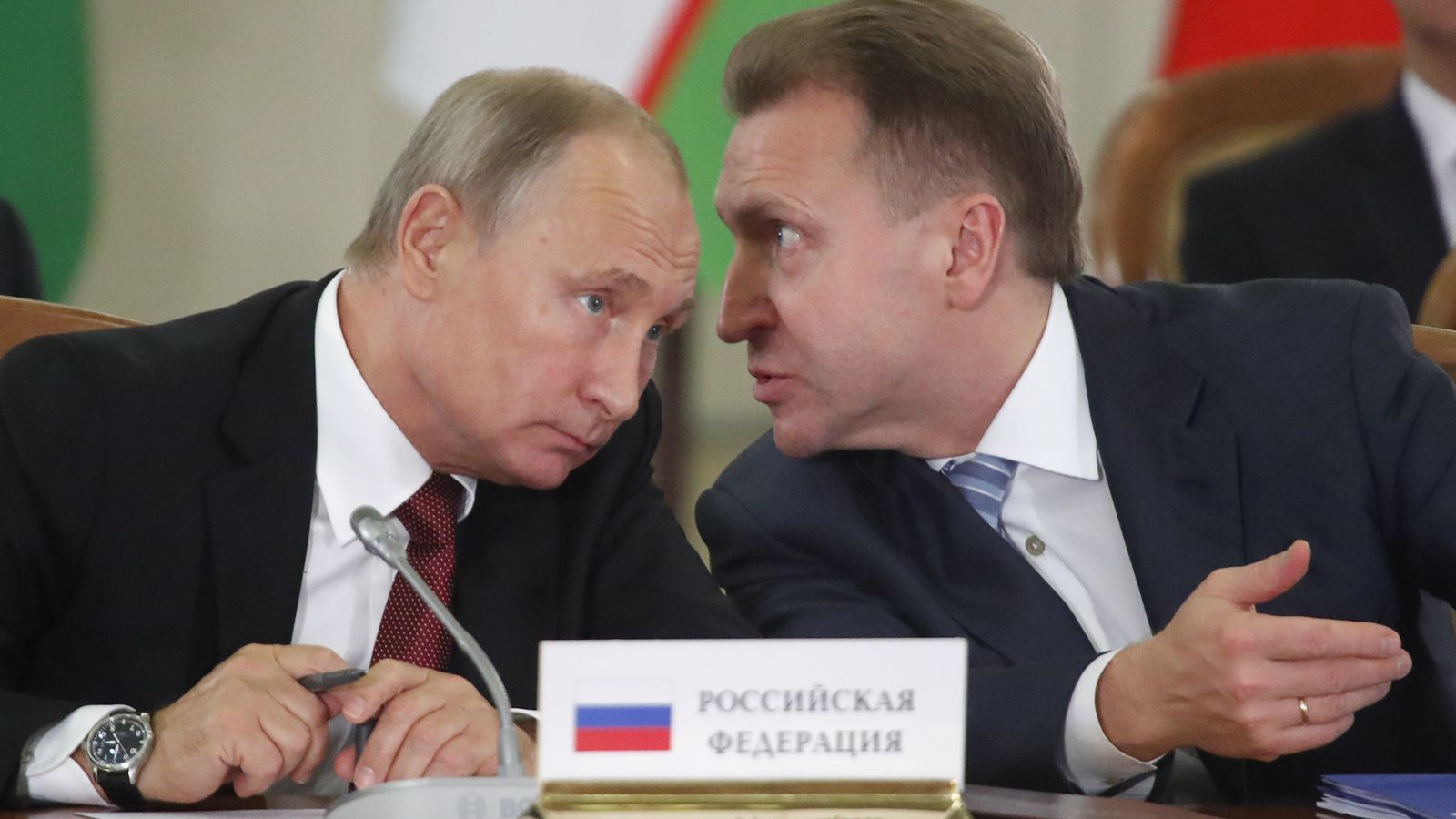 Mr Putin and Igor Shuvalov in 2017

Boris Johnson said as long as Vladimir Putin continues his "barbaric attack on innocent Ukrainians", the UK will continue to "exert every power we have to inflict maximum economic pain on Putin and his war machine".

Ms Truss added: "Our message to Putin and his allies has been clear from day one - invading Ukraine would have serious and crippling economic consequences.

"Sanctioning Usmanov and Shuvalov sends a clear message that we will hit oligarchs and individuals closely associated with the Putin regime and his barbarous war.

"We won't stop here. Our aim is to cripple the Russian economy and starve Putin's war machine."

The latest sanctions have been imposed in coordination with the US and other allies and amount to the largest set of financial sanctions in history. 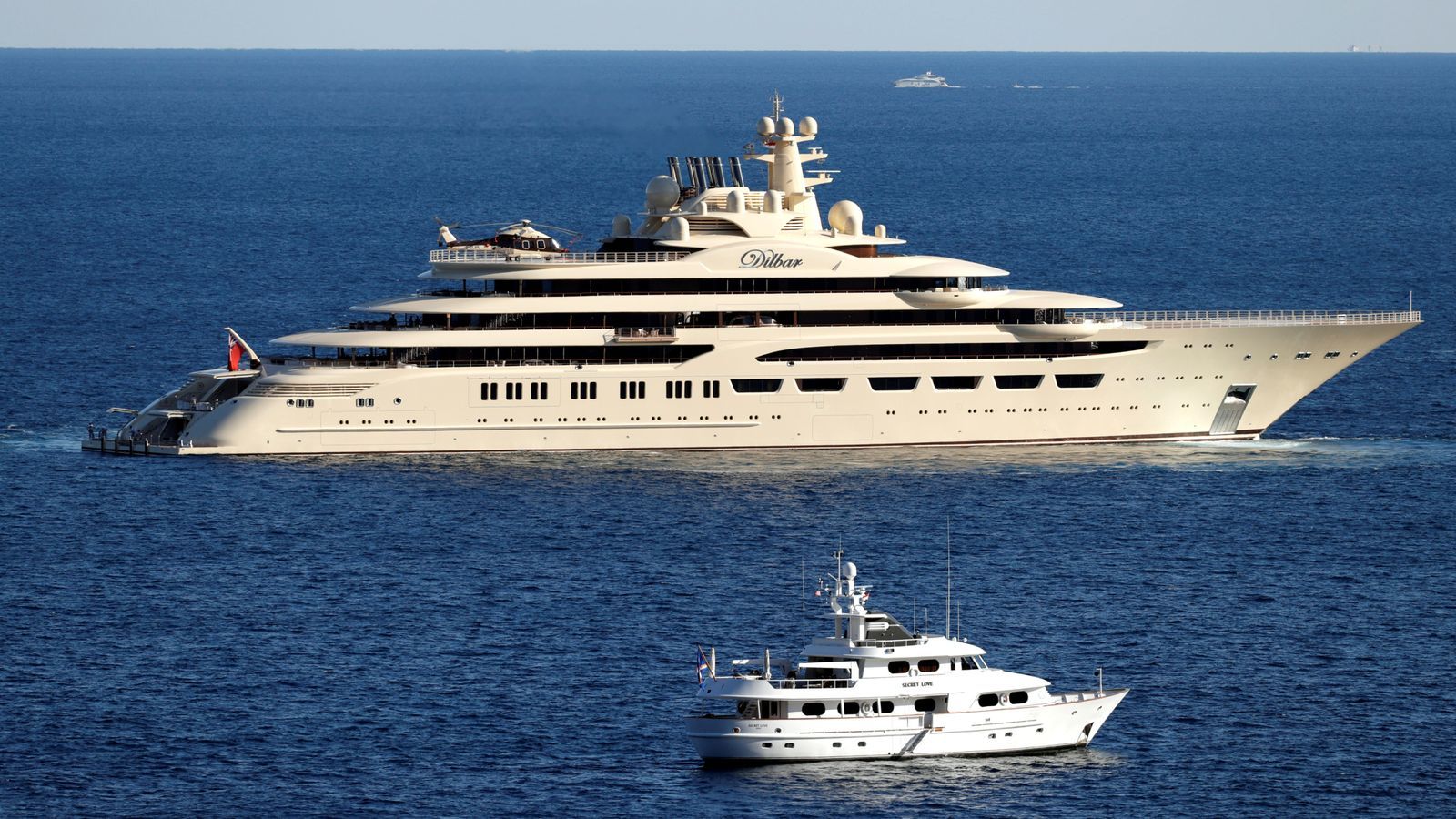 Who is Alisher Usmanov?

Mr Usmanov is originally from Uzbekistan, where he was in prison for six years on fraud charges before marrying Irina Viner, a rhythmic gymnastics coach who was close to Mr Putin.

He is the founder of telecoms and extractive business USM Holdings, which was sponsoring Everton's training ground and had bought the naming rights for their new stadium.

Dilbar was seized by Germany earlier on Thursday in Hamburg.

The White House said it has blocked Mr Usmanov from using his property in the US, and any American is also banned from using it - including his superyacht and his private jet, one of Russia's largest privately-owned aircraft. 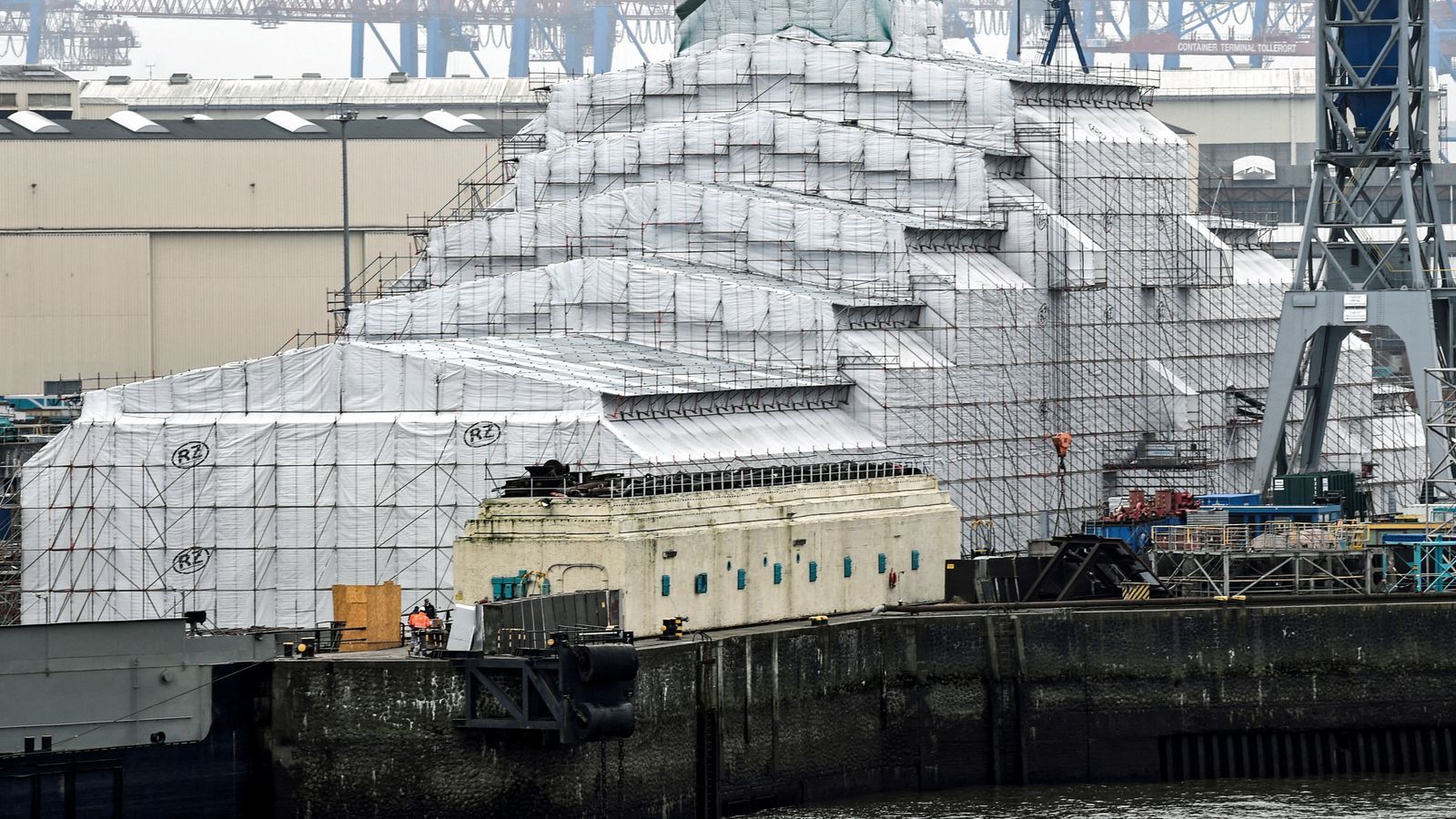 Who is Igor Shuvalov?

Mr Shuvalov owns two London flats, said to be worth £11.4m and his lavish lifestyle is well-documented, with his wife and her corgis being flown to shows across Europe in his private jet.

As well as being deputy Russian PM, he has twice worked as an aide to Mr Putin.

The US has sanctioned Mr Shuvalov's five companies, his wife Olga, his son Evgeny and his company and jet, and his daughter Maria and her company.