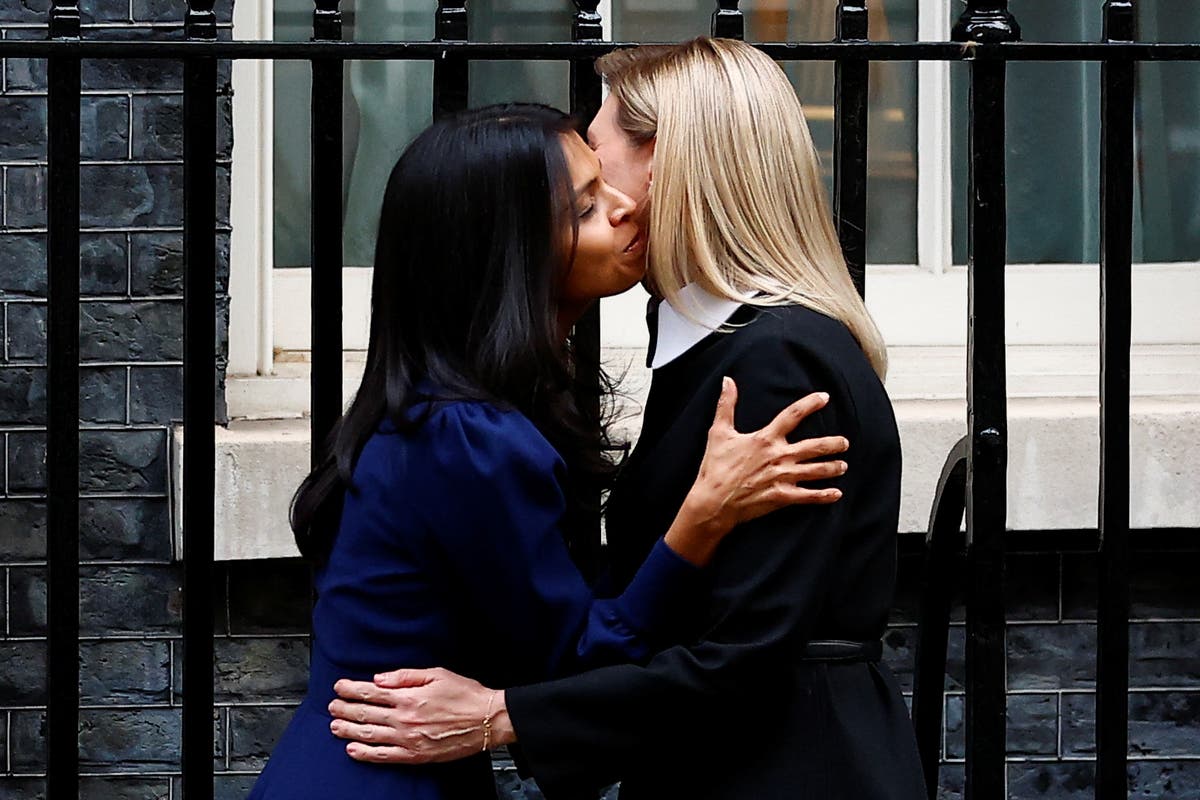 Ms Murty greeted Ms Zelenska outside No 10 Downing Street, as the wife of Ukrainian President Volodymyr Zelensky visits the UK.

Ms Zelenska briefly waved and smiled to the assorted cameras in Downing Street as she arrived on an overcast and rainy Monday afternoon in Westminster.

Ms Murty welcomed Ms Zelenska on the pavement outside No 10 amid a heavy security presence as the pair exchanged a hug before walking inside the building.

Mr Sunak visited Ukrainian capital Kyiv earlier this month, where he offered continued UK support to Ukraine in its fight against Russia as he met Mr Zelensky for the first time since becoming Prime Minister. 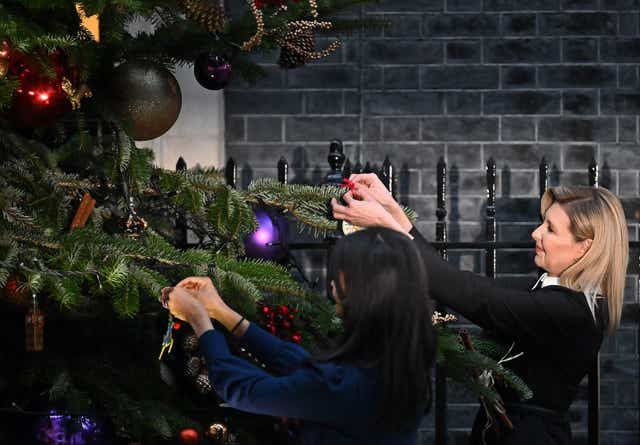 The pair hung decorations on a Christmas tree outside of 10 Downing Street
Downing Street said the Prime Minister briefly dropped into the meeting between his wife and Ms Zelenska on Monday.

The Ukrainian first lady is expected to address MPs and peers on Tuesday as part of her visit.

Ms Zelenska is in London to participate in an international conference on preventing sexual violence during conflicts.

At the conference earlier, she spoke about sexual violence being perpetrated “systematically and openly” as the war in Ukraine drags on.

“Sexual violence is the most cruel, most animalistic way to prove mastership over someone. And for victims of this kind of violence, it is difficult to testify in war times because nobody feels safe”, she said. 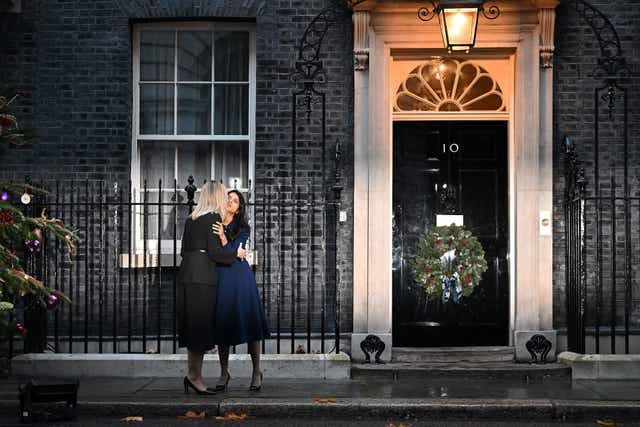 “That’s why they’re using this systematically and openly. They’re very open about this, that’s why it’s extremely important to recognise this as a war crime and to hold all of the perpetrators accountable.

“We see that the Russian servicemen are very open about this: they talk about it over the phone with their relatives, from phone conversations we’ve managed to capture. In fact, the wives of Russian servicemen encourage this, they say, ‘Go on, rape those Ukrainian women, just don’t share this with me, just don’t tell me’.

“This is why there has to be a global response to this.”