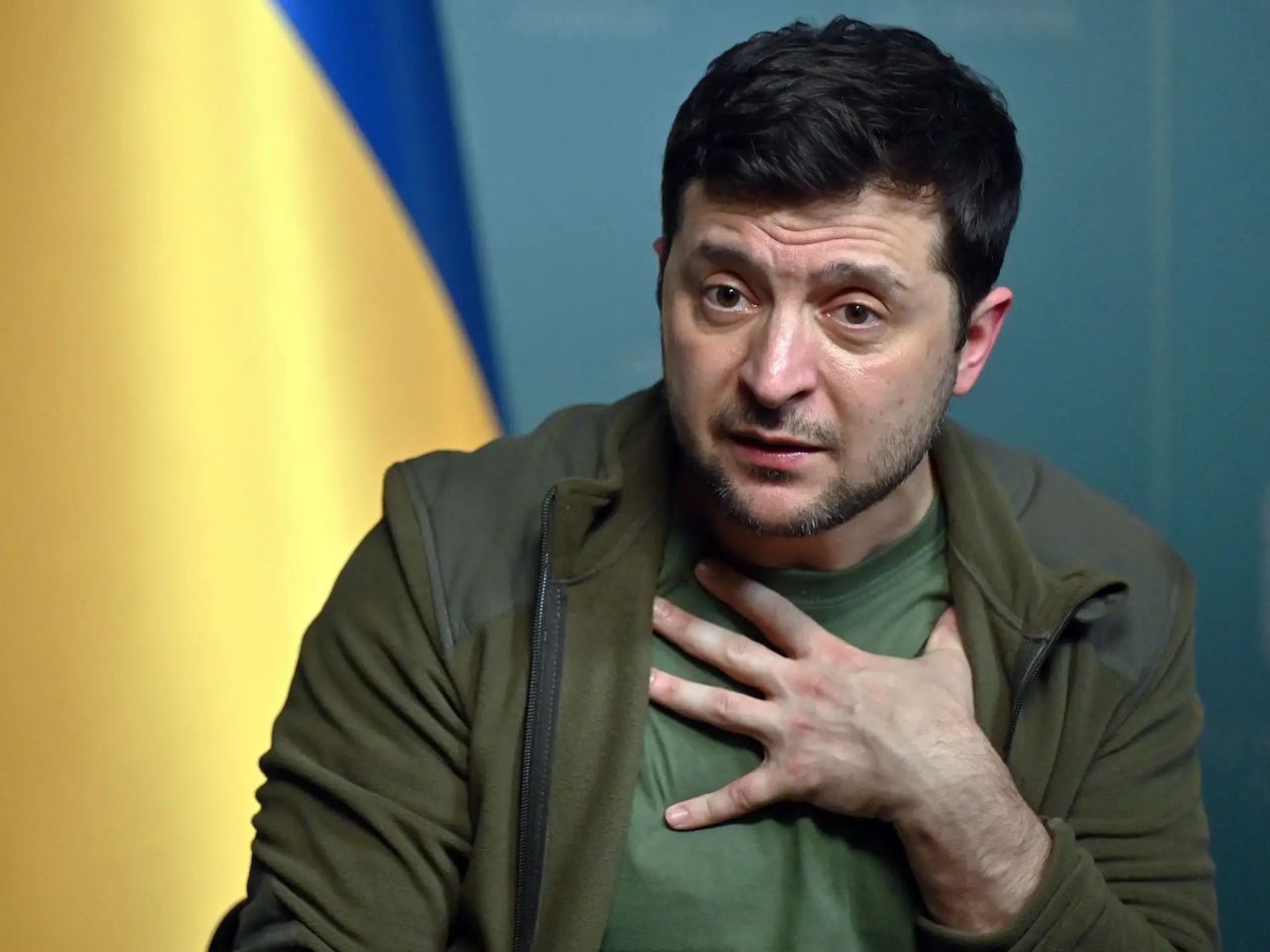 Ukraine's Zelensky says he has 'cooled' on joining NATO

Ukrainian President Volodymyr Zelensky said that he had "cooled down" about Ukraine's bid to join NATO amid Russia's war with the Eastern European country.
"Regarding NATO, I have cooled down regarding this question long ago after we understood that NATO is not prepared to accept Ukraine," Zelensky told ABC News in an exclusive interview that aired Monday night.

Zelensky added: "The alliance is afraid of controversial things and confrontation with Russia. I never wanted to be a country which is begging something on its knees. We are not going to be that country, and I don't want to be that president."

Ukraine's pursuit of NATO membership has been cited by Russian President Vladimir Putin as a justification for his decision to invade Ukraine.

In 2008, Ukraine applied to begin a NATO Membership Action Plan, and the alliance welcomed Ukraine's bid, pledging that the country would eventually become a member, while declining to offer a timeline.

In addition to his NATO comments, Zelensky said on Tuesday that he was open to discussions about the control of Russian-backed separatist regions in eastern Ukraine, which could be an opening for peace talks with Russia.

"It is important to me how people who want to be part of Ukraine will live there. I am interested in the opinion of those who see themselves as citizens of the Russian Federation. However, we must discuss this issue," Zelensky said.

Before Putin launched Russia's war on Ukraine, he signed a decree recognizing the separatist regions of Donetsk and Luhansk in the Donbas, an eastern region in Ukraine, as independent states. Putin demanded guarantees that Ukraine would not join NATO in the run-up to his invasion, a demand the alliance's leaders repeatedly rejected.

"The people who elected me are not ready to surrender. We are not ready for ultimatums," Zelensky said. "But we can discuss with Russia the future of Crimea and Donbas."

A senior US defense official who briefed reporters Tuesday estimated that up to 4,000 Russian troops had died since Putin launched Russia's invasion of Ukraine on February 24. The official said Russia had lost about 5% of its vehicles and weapons, leaving it plenty of combat power. The CIA director also warned Tuesday that Putin was "likely to double down and try to grind down the Ukrainian military with no regard for civilian casualties."

But Russia's military is still expected to subdue the Ukrainian resistance if hostilities continue — at 900,000 active-duty troops and 2 million reservists, the Russian military is eight times the size of Ukraine's, according to a report from The Washington Post.