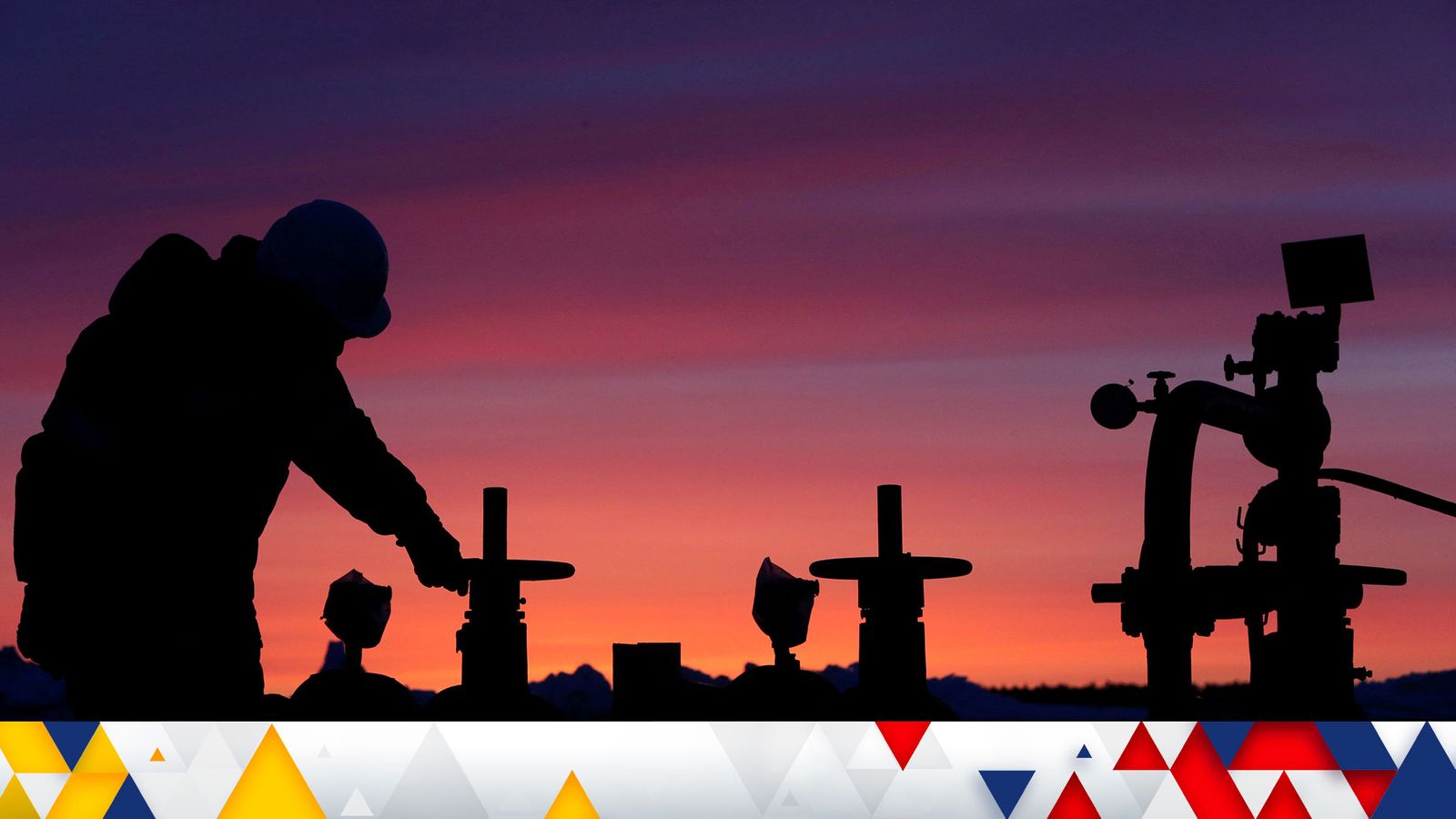 Market analysts say there is no sign of downwards pressure on prices, with some even saying that the impact of Russian oil and associated products being blocked could tip Brent crude towards an unprecedented $200 a barrel.

The cost of natural gas has smashed past UK records while Brent crude oil has surged to its highest level since 2008 after the US said a boycott of Russian energy imports was being considered, as a further sanction, following President Vladimir Putin's invasion of Ukraine.

The international oil benchmark passed $139 a barrel early on Monday - with its US counterpart also rising sharply - before settling back to around $124 by the evening.

The upward shifts followed comments by US secretary of state Antony Blinken that his country and European allies were discussing a block on oil and associated products, including gas, from Russia - the world's largest producer when combined.

However, prime minister Boris Johnson said that "you can't simply close down the use of oil and gas overnight even from Russia" and Germany's chancellor Olaf Scholz said an exemption for energy deliveries from sanctions was of "essential significance" for Europe's day-to-day heating, transport, power supply and industry needs.

The move floated by Mr Blinken would be aimed at disrupting crucial state income - on top of wide-ranging sanctions already announced amid no sign that measures to date have forced Russia to alter course.

It placed further pressure on European natural gas prices when markets opened, with the UK contract for next month delivery rising 66% at one stage to hit a new record shy of 800p per therm before slipping back to 500p.

To put the scale of that price in context, the level for a typical April would be around 40p.

The contract for May delivery spiked by more than 90% to 660p.

The price surge raises the horrifying prospect of average energy bills surging beyond £3,000 annually without government intervention, building on recent warnings to that effect.

Sir Alan Duncan, a former Foreign Office minister, warned in a BBC interview that the ratcheting up of sanctions risked pushing the UK into a "dystopian economic collapse".

The UK's department for business, energy and industrial strategy tweeted that the country was "in no way dependent on Russian gas supply" in a bid to calm domestic nerves over inflows.

It published data showing that the UK relies on Russia for just over 2% of current needs.

The FTSE 100 added to steep losses of the previous week when share trading began in Europe though gains for miners and oil majors BP and Shell helped temper the sell-off, with the index closing 0.4% lower having been down by more than 2% at one stage.

Germany's DAX was 2% lower, recovering from a 4% plunge initially, while in New York, stock indices also saw sharp falls with the Dow Jones down more than 2%, and the S&P 500 and Nasdaq about 3% off.

The Nikkei in Japan had ended nearly 3% lower and the Hang Seng in Hong Kong by nearly 4%.

On currency markets, the pound was under further pressure against the US dollar, hitting its lowest level against the greenback since December 2020 at just above $1.31.

The dollar has benefited from a flight to safe-haven assets - a trend which also helped the gold price climb above $2,000 per ounce to hit its highest level since August 2020 on Monday. 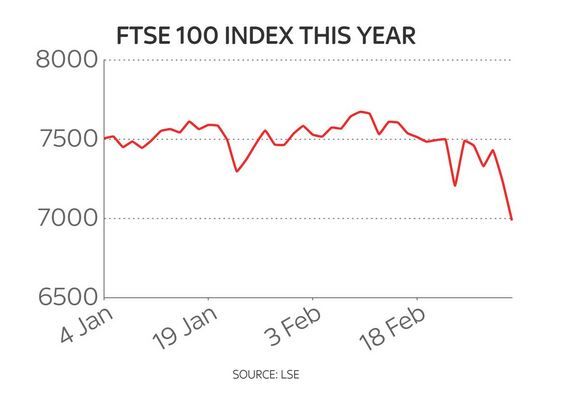 No end in sight to rising oil prices

Brent crude has risen by almost 70% over the course of 2022 to date - forcing steep increases in obvious areas such as fuel costs which are hitting record highs daily in the UK and elsewhere - but also in the wider economy as the inflation filters through supply chains.

Prices had already been rising in advance of Russia's actions because of tight supply as economies recover from coronavirus fatigue.

Market experts warned there was only upwards pressure on costs ahead, with Russian oil exports making up 30% of Europe's entire supplies.

When oil's associated products are included, the country is the world's top exporter - accounting for 7% of global supply.

Analysts at CMC Markets told investors: "A boycott would put enormous pressure on oil and gas supply that has already felt the impact of increasing demand.

"Prices are likely to rise in the short term, with a move toward $150 a barrel not out of the question."

"Such a move will put further pressure on global economies, pushing inflation higher, leaving central banks debating how quickly rate hikes should be implemented," they concluded. 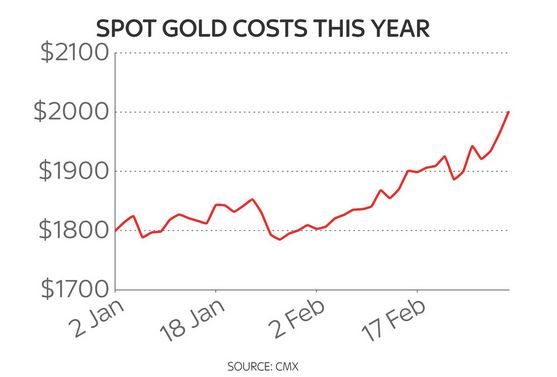 Gold, among so-called safe haven assets, has surged in value

Counterparts at Bank of America saw the prospect of $200 a barrel in sight if an oil embargo was imposed.

That was because talks to revive Tehran's 2015 nuclear deal with world powers were mired by demands from Russia that sanctions it is facing over Ukraine do not disrupt Russia-Iran trade.

Markets.com noted a 7% rise for wheat and 24% leap in nickel.

Its chief market analyst, Neil Wilson, said of the prospect of an energy boycott: "It was only a matter of time before we got to the point of banning Russian oil and gas because of the escalation in the conflict and targeting of civilians.

"Or at least got to the point of talking about it - which is enough for the front month to rip.

"Moving forward, if there is a ban, how do you turn it back on? That would mean longer-term repercussions and elevated pricing."