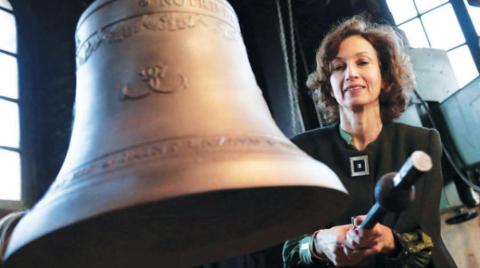 Key lines of inquiry during this period concerned evidence of ISIS financial, procurement and logistical arrangements and linkages to command elements, as well as an expanded understanding of suspected sites of manufacturing, production and weapon use across Iraq.

The report said that evidence, including records, of ISIS training senior operatives on the use of chemical weapons, including chemical dispersion devices, were examined.

The Team affirmed that it attended incident sites, met with affected communities and Iraqi authorities and preserved substantial volumes of testimonial, digital and documentary evidence, noting that it focused its efforts on the attack against Tazah Khurmatu on March 8, 2016.

Dr. Moataz Mohieddine, strategic expert on armed groups, told Asharq Al-Awsat that the United States has repeatedly declared ISIS’s ability to manufacture chemical weapons and use them in its battles, especially in those to liberate Mosul.

He indicated that the US discovered sums of samples of these weapons that were seized by ISIS militants from the US and the Iraqi army’s weapons warehouses.

“ISIS former leader Abu Bakr Al-Baghdadi supervised the formation of cells that depended on the establishment of a chemical and biological arsenal,” Mohieddine explained.

He pointed to a report by The Washington Post that underlined Iraqi Kurdish intelligence reports that shed new light on the role played by Salih al-Sabawi, a mysterious figure known within the terrorist group as Abu Malik, and the ambitious plan by ISIS leaders to develop and use weapons of mass destruction in Iraq and abroad.

Sabawi was part of a former cell that worked in Iraqi chemical facilities and in the production of weapons of mass destruction that the former army used in its war against the Kurds and Iran, the strategist noted.

He affirmed that when arrested by the US forces, Sabawi said that ISIS collected a lot of chemical materials from the weapons left behind by the Iraqi army and the US in large areas of Anbar and Mosul.

Mohieddine further stated that the Iraqi forces captured a very large cell that cooperated with ISIS after the liberation battles.

“The cell explained the steps of the group’s development of the chemical weapons industry and how its materials were transported from central and northern Iraq to Syria as well.”

Caption: UNESCO Director Audrey Azoulay during her participation, Monday, in the unveiling of a bell specially designed for the “Al-Saa’a Church” in Mosul, which ISIS occupied for three years.