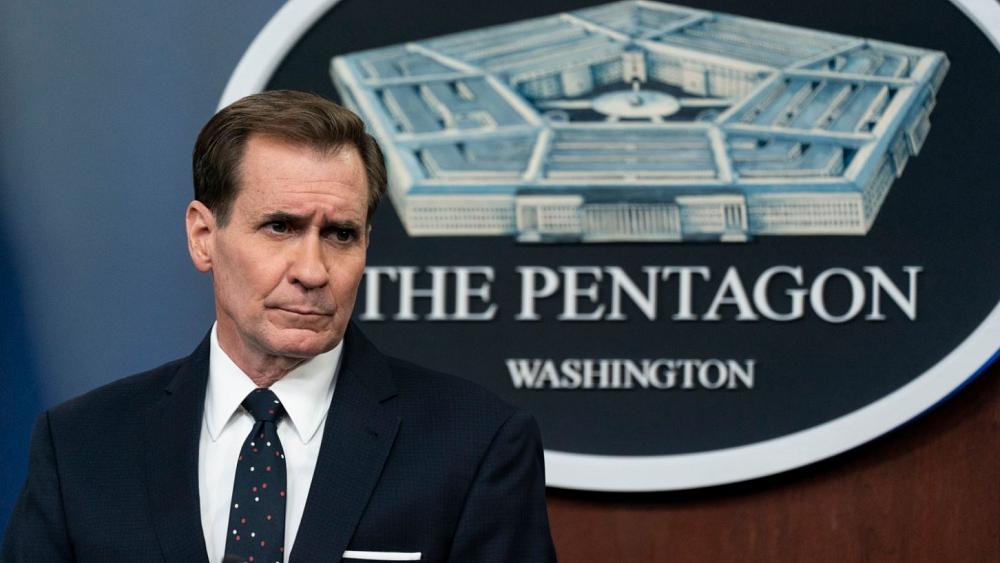 US Secretary of State Antony Blinken has warned Russia not to make a "grave mistake" and build up troops to repeat the conflict of 2014.

The United States has called on Russia to explain what it alleges are "unusual" troop movements near the border with Ukraine.

Pentagon spokesman John Kirby warned Moscow not to spark fresh conflict and reiterated the US' "unwavering support" for Kyiv.

"What we continue to see is unusual military activity inside Russia, but near Ukraine's borders, and we remain concerned about that," Kirby said at a briefing on Wednesday.

"It's not exactly clear what the Russian intentions are, we obviously would like to better understand that," he told reporters.

"We don't want to see any action further destabilise what is already a very tense part of the world, and we urge Russia to be clear about their intentions and to abide by their Minsk agreements."

The US Secretary of State Antony Blinken has warned Russia not to make the "grave mistake" of repeating its build-up of soldiers in 2014. Earlier this year, a massive buildup of Russian troops in Russia’s west also raised concern, fueling fears of an escalation of large-scale hostilities.

"We don't have clarity on Moscow's intentions, but we do know its strategy," Blinken said in Washington at a joint press conference with his Ukrainian counterpart Dmytro Kuleba.

The Ukrainian foreign minister welcomed the US support as the pair signed a new "Strategic Partnership" agreement.

"The United States supports Ukraine in countering Russian aggression and defending our sovereignty and territorial integrity," Kuleba said at a press conference.

"The best way to deter an aggressive Russia is to let the Kremlin know that Ukraine is strong and has strong allies who will not leave it alone with the aggressor."

had "strong allies who will not leave it alone in the face of Moscow's ever-increasing aggressiveness".

The Donbas region in eastern Ukraine has been embroiled in a war since 2014 between Kyiv forces and pro-Russian separatists, which has left more than 13,000 people dead.