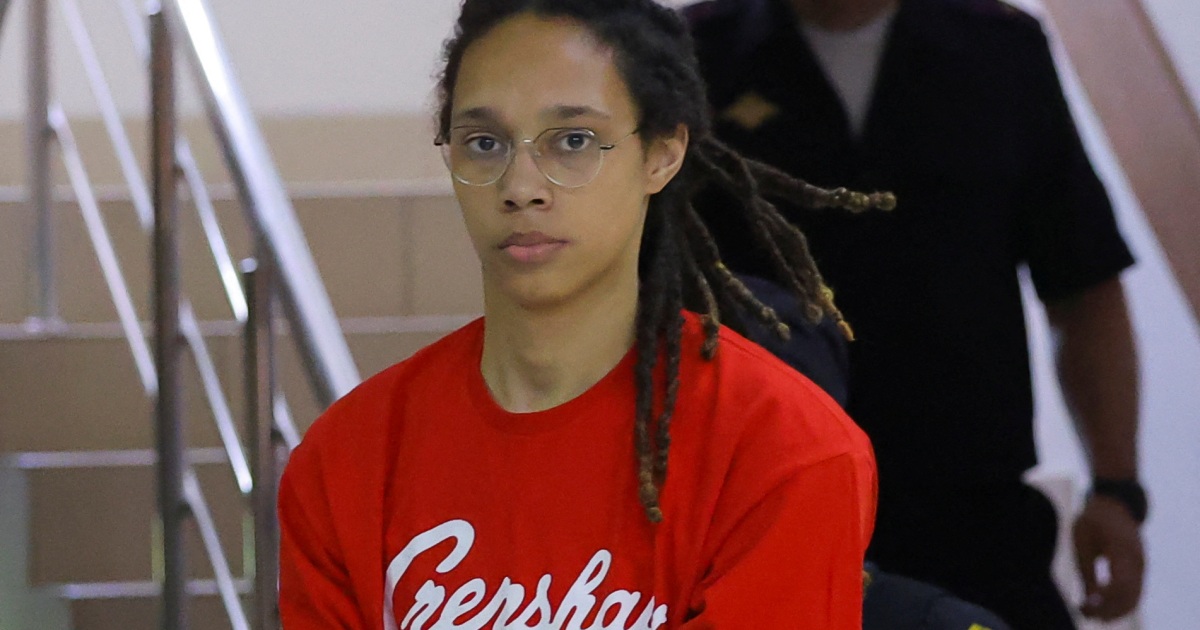 WNBA player Brittney Griner says she was in a rush to pack and accidentally put cannabis oil in her luggage.

American basketball star Brittney Griner, who is jailed in Russia, has pleaded guilty to drug possession and smuggling during her trial in Moscow, but said she had no intention of committing a crime.

Russian news agencies and Reuters quoted Griner as saying that she had acted unintentionally because she was packing in haste.

“I’d like to plead guilty, your honour. But there was no intent. I didn’t want to break the law,” Griner said, speaking quietly in English which was then translated into Russian for the court.

“I was in a rush packing. And the cartridges accidentally ended up in my bag,” Griner said.

“I’d like to give my testimony later. I need time to prepare,” she added.

The development comes as Griner’s case has been garnering rising attention. Griner was detained on February 17 at Moscow’s Sheremetyevo Airport after vape canisters with cannabis oil allegedly were found in her luggage. She faces up to 10 years in prison if convicted of large-scale transportation of drugs.

Amid Russia’s ongoing invasion of Ukraine, Russia-United States relations have hit their worst point since the Cold War, as Western powers have imposed sanctions on Russia. 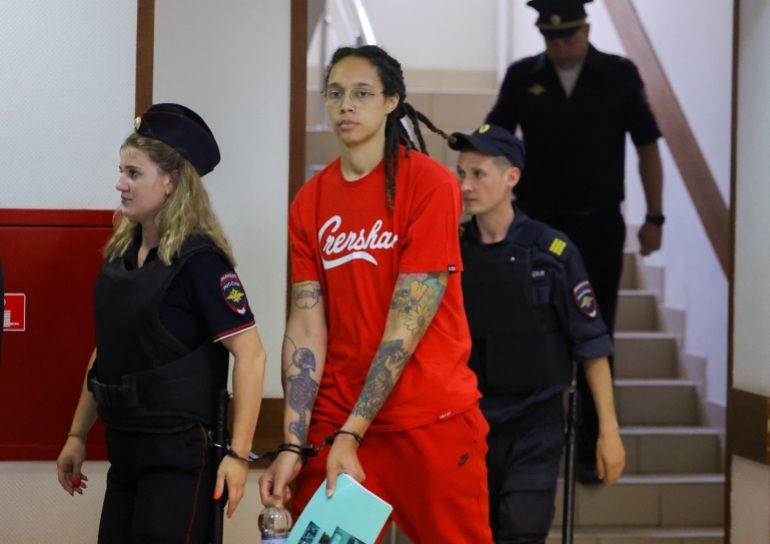 The trial of Griner, a Women’s National Basketball Association (WNBA) All-Star and two-time Olympic gold medallist, began last week amid a growing chorus of calls for Washington to do more to secure her freedom nearly five months after her arrest.

Before Thursday’s hearing, Russian police escorted Griner, handcuffed and clad in a bright red T-shirt and sports trousers, into the courtroom past a crowd of journalists.

Griner’s lawyer Alexander Boykov told reporters on Thursday they were hoping for the most lenient sentencing possible.

The White House said President Joe Biden called Griner’s wife on Wednesday to assure her that he is doing all he can to obtain the athlete’s release, as soon as possible. They spoke after Biden read a letter from Griner in which she said she feared she’d never return home.

Washington has not made public its strategy in the case and the US may have little leverage with Moscow because of strong animosity due to Russia’s military actions in Ukraine.

The US Department of State has designated Griner as wrongfully detained, moving her case under the supervision of its special presidential envoy for hostage affairs, effectively the government’s chief hostage negotiator.

Elizabeth Rood, deputy chief of mission at the US Embassy in Moscow, told reporters after the hearing that she spoke to Griner in the courtroom and shared a letter from Biden that she read.

“We will not relent until Brittney, Paul Whelan and all other wrongfully detained Americans are reunited with their loved ones,” Secretary of State Antony Blinken tweeted, referring to former US Marine Whelan, who has been imprisoned in Russia since 2018 on espionage charges.

In response to a request for comment on whether Griner is still considered “wrongfully detained”, the State Department responded by referring Al Jazeera to Blinken’s tweet.

White House press secretary Karine Jean-Pierre said on Thursday afternoon that Griner’s guilty plea “will have no impact” on negotiations to bring her back to the US.

“We’re going to do everything that we can to bring home Brittney Griner safely and to also make sure that we bring Paul Whelan back home, as well,” she said.

Russian Deputy Foreign Minister Sergei Ryabkov warned Thursday that “attempts by the American side to make noise in public … don’t help the practical settlement of issues.”

Asked about the possibility of Griner being swapped for a Russian jailed in the US, Ryabkov, the senior Russian diplomat, noted that until her trial is over “there are no formal or procedural reasons to talk about any further steps”.

He warned that US criticism, including a description of Griner as wrongfully detained and dismissive comments about the Russian judicial system, “makes it difficult to engage in detailed discussion of any possible exchanges”.

The Russian foreign ministry has said Griner could appeal her sentence or apply for clemency once a verdict has been delivered.

The next court hearing was scheduled for July 14 and her detention is authorised through December 20.

Griner, a centre for the Phoenix Mercury in the WNBA, had played for UMMC Ekaterinburg in the Russian Women’s Basketball Premier League to boost her income during the WNBA off-season, like several other US players.