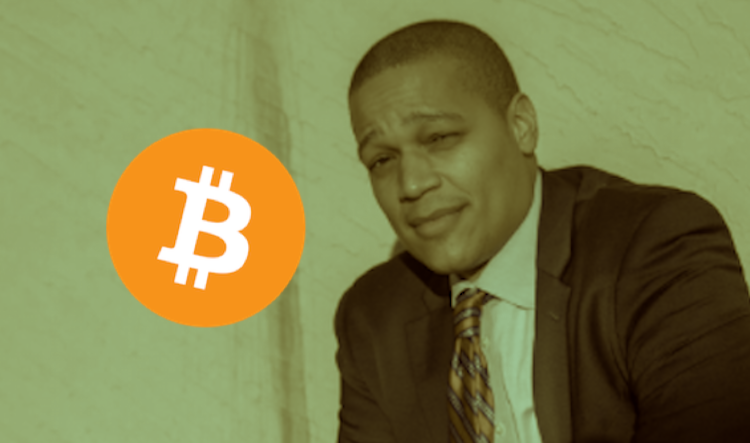 US Mayor Plans to Give $1,000 of Bitcoin to Every Inhabitant – There's A Catch

Mayor Jayson Stewart of Cool Valley, Missouri, is raising money to give the town's 1,500 resident $1,000 in bitcoin. But there is a catch: The BTC the residents receive from the mayor cannot sell the coins in the next five years.

Stewart believes that the coins could be transformational to the lives of every resident in Cool Valley. As long as the coins are held onto for a couple of years. The way the distribution would work looks very similar to a trust fund. The coins will be given to each resident. But the BTC will be locked and not accessible for the next five years. After which residents will be able to access the coins and get them at whatever they are worth at that point.

“I have friends whose lives have been completely changed, like going from working a regular nine to five job to being worth over 80 million dollars in a matter of a few years.”

Mayor Jayson Stewart does not want to see his constituents miss out on the opportunity Bitcoin presents. He referred to the cryptocurrency as digital gold. And he wants every resident of Cool Valley to get some bitcoin, no matter the amount. “It’s digital gold. I would like to see every single household in my city receive some level of Bitcoin,” Stewart said. “Whether it be $500 or $1,000.”

Bitcoin’s accelerated growth rate is one of the major reasons investors are clamoring to own the digital asset. The asset has grown an enormous 450,000% since it was first launched in 2009. And the growth trajectory has not really slowed down. With current forecasts, the coins Mayor Stewart gives Cool Valley residents now could be worth tens of thousands in a couple of years.

This is why Stewart has proposed the caveat that the coins cannot be sold. Stewart believes that the asset is set to explode in the coming years. And if so, then the entirety of the town will be better off for the ~$150,000 investment it is about to put into its community.

Maybe Not A Bad Idea At All

The reactions from residents have been favorable to Stewart’s proposition. Money for the funding will come from several unnamed Bitcoin investors, according to Stewart. Some residents expressed enthusiasm for the idea of owning bitcoins. While others do not mind getting some money in their pockets, like in the case of Cornelius Webb, a Cool Valley resident. “Putting money in my pocket. Sounds pretty good to me,” said Webb.

Apparently, Stewart has already secured donors who have pledged to match money raised in support of this plan. “I have some very supportive donors who have agreed to match any money that I raise up to several millions of dollars,” Mayor Stewart said. In addition to private funding, Stewart is also planning on getting funding from the government too. If that doesn’t work, Stewart hopes he can get some funds from the COVID relief. The mayor also thinks they could use city funds to fund some part of the plan.

Mayor Stewart’s plan has a lot of merits today. Using the mayor’s timeline of five years, $1,000 put into bitcoin five years ago would be worth over $150,000 at today’s price. And there’s no telling how much the value of bitcoin will appreciate five years from now.

More US Mayors Push for Bitcoin Adoption
The Missouri mayor joins the list of mayors in the United States who have adopted bitcoin. Scott Conger, mayor of Jackson, Tennessee, announced that the City was considering accepting bitcoin as payment for taxes.

Miami’s mayor Francis Suarez, meanwhile, is leading the bitcoin adoption train. Back in February, the City Commission of Miami voted in favor of Suarez’s proposal to make salary payments in bitcoin optional for workers.

The Miami mayor, who also holds BTC and ETH, is working towards reducing electricity tariffs to attract bitcoin miners to the city. Earlier in August, Miami unveiled its crypto called “MiamiCoin”.

Source: US Mayor Plans to Give $1,000 of Bitcoin to Every Inhabitant – There's A Catch – Fintechs.fi