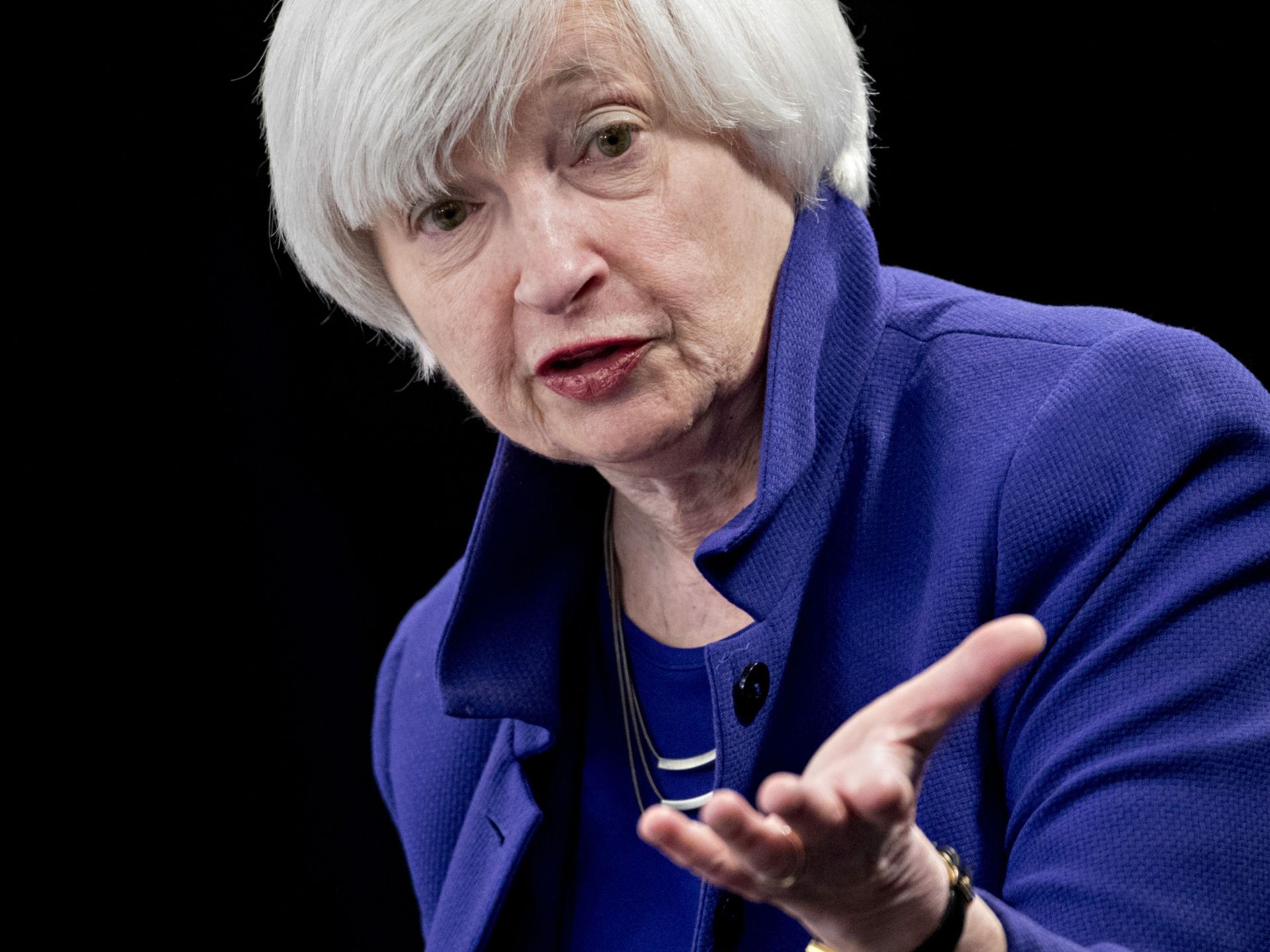 In a letter, Janet Yellen urged congressional leaders to quickly act to raise the debt ceiling.
US Treasury Secretary Janet Yellen has said the United States will likely hit the $31.4 trillion statutory debt limit on January 19, forcing the Treasury to launch extraordinary cash management measures that can likely prevent default until early June.

“Once the limit is reached, Treasury will need to start taking certain extraordinary measures to prevent the United States from defaulting on its obligations,” Yellen said on Friday in a letter to new Republican House of Representatives Speaker Kevin McCarthy and other congressional leaders.

She urged the legislators to act quickly to raise the debt ceiling to “protect the full faith and credit of the United States”.

Republicans now in control of the House have threatened to use the debt ceiling as leverage to demand spending cuts from Democrats and President Joe Biden’s administration. This has raised concerns in Washington, DC and on Wall Street about a bruising fight over the debt ceiling this year that could be at least as disruptive as the protracted battle of 2011, which prompted a brief downgrade of the US credit rating and years of forced domestic and military spending cuts.

The White House said on Friday after Yellen’s letter that it will not negotiate over raising the debt ceiling.

“This should be done without conditions,” White House spokesperson Karine Jean-Pierre told reporters. “There’s going to be no negotiation over it. This is something that must get done.”

Yellen’s estimate that the government could pay its bills only through early June without increasing the limit marks a deadline considerably sooner than forecast by some outside budget analysts who said the government would exhaust its cash and borrowing capacity – the so-called “X Date” – sometime in the third quarter of 2023.

Analysts have noted that some Treasury bills maturing in the second half of the year are sporting a premium in their yields that may be tied to an elevated risk of a default in that window.

“You could read this partly as trying to get Congress to act sooner rather than later,” said Bipartisan Policy Center economics director Shai Akabas, adding that Treasury was being conservative in its approach.

Yellen said there was “considerable uncertainty” around the length of time that extraordinary measures could stave off default, due to a variety of factors, including the challenges of forecasting the government’s payments and revenues months into the future.

As of Wednesday, Treasury data showed that US federal debt stood $78bn below the limit, with a Treasury operating cash balance of $346.4bn. The department on Thursday reported an $85bn December deficit as revenues eased and outlays grew, particularly for debt interest costs.

Yellen said in her letter that the Treasury this month anticipates suspending new investments in two retiree funds for government workers’ pensions and healthcare, as well as reinvestments in the Government Securities Investment Fund, or G Fund – part of a savings plan for federal employees. The retirement investments are restored once the debt ceiling is raised.

“The use of extraordinary measures enables the government to meet its obligations for only a limited amount of time,” Yellen wrote to McCarthy and other congressional leaders.

“It is therefore critical that Congress act in a timely manner to increase or suspend the debt limit. Failure to meet the government’s obligations would cause irreparable harm to the US economy, the livelihoods of all Americans, and global financial stability,” Yellen wrote.
#Joe Biden