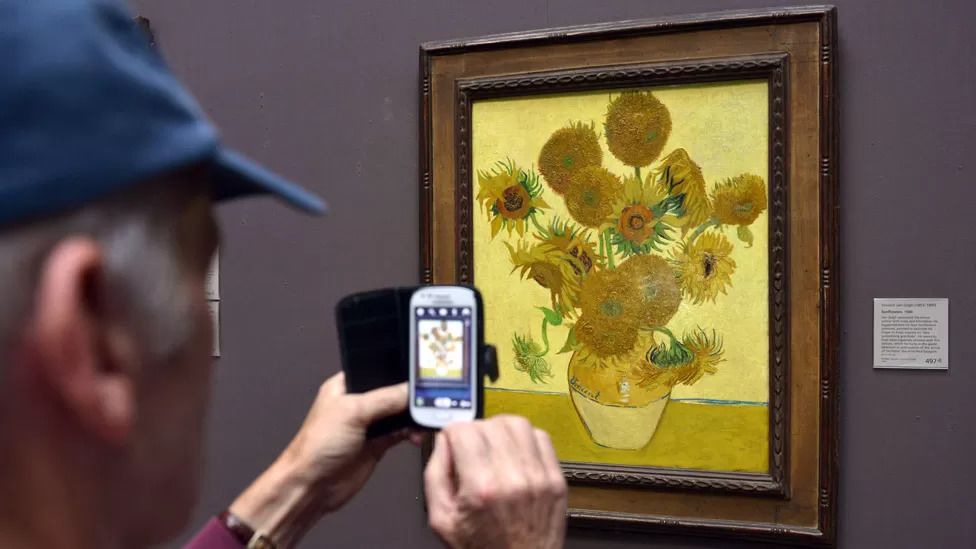 One of Van Gogh's famous Sunflowers paintings has been cleaned and is back on display, after climate activists threw tins of what appeared to be tomato soup over it.

London's National Gallery confirmed it is now back in place, about six hours after the soup incident.

Footage showed two people in Just Stop Oil T-shirts opening tins and throwing the contents on the masterpiece before gluing their hands to the wall.

The gallery said earlier the painting was covered by glass and therefore not damaged.

A statement from the Trafalgar Square venue said: "At just after 11am this morning two people entered Room 43 of the National Gallery.

"The pair appeared to glue themselves to the wall adjacent to Van Gogh's Sunflowers (1888). They also threw a red substance - what appears to be tomato soup - over the painting.

"The room was cleared of visitors and police were called. Officers are now on the scene.

"There is some minor damage to the frame but the painting is unharmed." 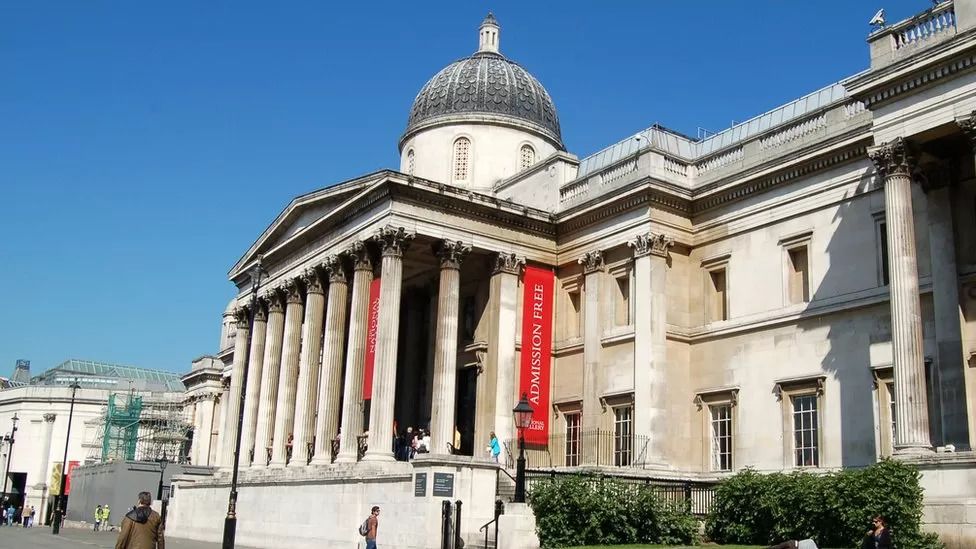 The Metropolitan Police said: "Officers were rapidly on scene at the National Gallery this morning after two Just Stop Oil protesters threw a substance over a painting and then glued themselves to a wall.

"Both have been arrested for criminal damage and aggravated trespass. Officers are now de-bonding them."

She also referenced the cost of living crisis and "millions of cold, hungry families" who "can't even afford to heat a tin of soup".

The painting is one of seven Sunflowers works Van Gogh created in 1888 and 89, five of which are on display in galleries and museums across the world. The artist created them to decorate his house in Arles, France, before a visit from his friend, the artist Paul Gauguin.

The gallery describes the sunflower paintings as "among Van Gogh's most iconic and best-loved works".

The action comes three months after members of the same group pasted paper over John Constable's the Hay Wain in the same gallery.