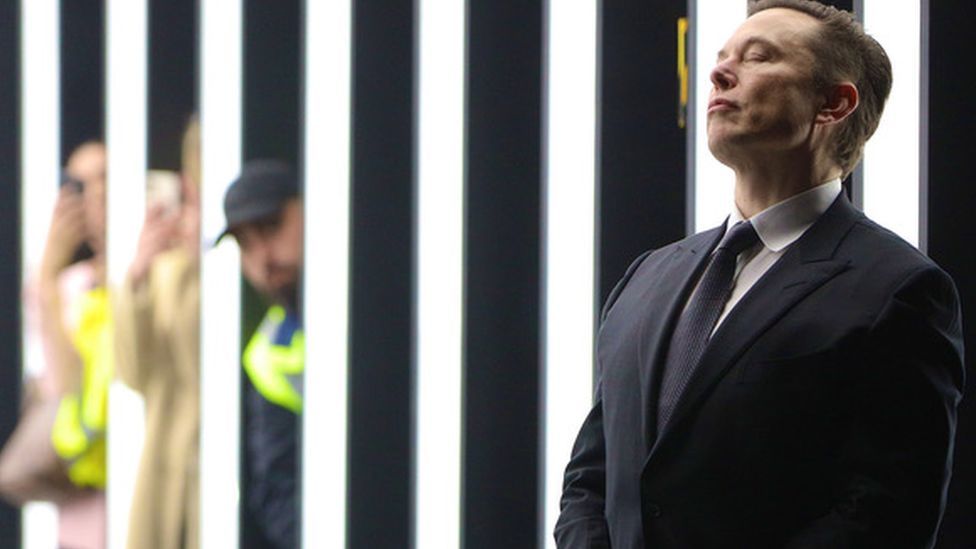 Elon Musk didn't actually tweet about his new stake in Twitter, which for an avid tweeter seemed somewhat ironic.

Maybe it was because the 9.2% he now owns is described as a passive stake, although those who know Musk do not expect it to stay that way for long.

His first move was to launch a poll - asking whether people want an edit button, something long called for and perhaps something he personally needs.

The new announcement that he will join Twitter's board comes as no surprise.

In a tweet on Tuesday, Twitter chief executive Parag Agrawal said "through conversations with Elon in recent weeks, it became clear to us that he would bring great value to our Board".

He added that "as a passionate believer and intense critic" of the service, he is "exactly what we need".

Later Musk replied saying he was looking forward to making changes at the social network giant.

Musk's 9.2% stake in the social media company may sound small, but Dan Ives, from analyst firm Wedbush, describes it as "eye-popping" - equating to 73.5 million shares in the social network.

Shares in the platform soared following Monday's revelation that the Tesla founder had become the largest shareholder in the company - meaning that stake has already grown in value and is now worth more than $3bn.

Musk's shareholding is four times greater than that of Twitter founder Jack Dorsey, who stepped down as chief executive in November.

Mr Ives believes the South African entrepreneur now has his eyes "laser set" on Twitter, and his significant holding will see him push for an active role in the management of the company.

"We would expect this passive stake as just the start of broader conversations with the Twitter board/management that could ultimately lead to an active stake and a potential more aggressive ownership role of Twitter," he said. 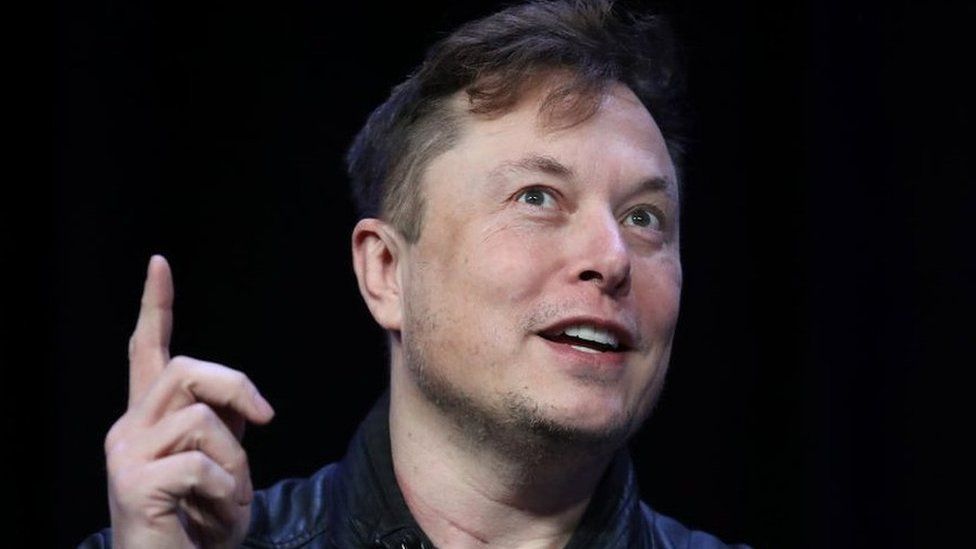 When Elon Musk has an idea, he often turns to Twitter to express it

Musk has something of a love-hate relationship with Twitter. He is a frequent tweeter, with more than 80 million followers - and no stranger to controversy in his interactions on the social media site.

The platform seems to suit his impulsive personality - last year he famously asked if he should sell 10% of his stock in his electric car firm Tesla, to which Twitter users said 'yes'. It led to Musk selling around $5bn (£3.7bn) of shares in the firm in November.

Months earlier he had offered to sign a cheque for $6bn if the World Food Programme (WFP) could explain how it would be used to solve hunger around the globe - after an assertion made by the head of the UN programme.

But tweeting has also got him into trouble. A 2018 post about Tesla stock led to an investigation from the Securities and Exchange Commission which ended with an agreement requiring the firm's lawyers to pre-approve certain tweets. It is unclear if that actually happens.

Interestingly, the Wall Street Journal reports that his Twitter share filings with the Securities and Exchange Commission (SEC), which under normal circumstances would include a line saying he doesn't intend to influence the company, came with a 'Not Applicable' mark.

The timing of the deal has also raised questions and could once again put Musk at loggerheads with financial regulators.

His investment in Twitter was filed on 14 March, but not announced until this week. US securities law requires disclosure within 10 days of acquiring 5% of a company.

Musk uses Twitter not just as a barometer for how he runs his own companies, but also increasingly to take the temperature of the nation.

Last month, after he had lodged his investment with the SEC - but before his shareholding became public knowledge - he asked users whether they believed that free speech was essential to a functioning democracy and whether Twitter adheres to this principle.

Cornell University's assistant professor Alexandra Cirone thinks this is evidence he may use his new stake "to try to influence Twitter practices" and for a "more active play in the social media eco-system".

But others see more immediate issues with his musings.

Howard Fischer, partner at law firm Moses & Singer, told Reuters that, given he had already bought a stake in Twitter, these questions could be seen as a form of market manipulation. "I do suspect the SEC is going to look long and hard into whether they can bring manipulation charges, along with the failure to file," he said.

Mr Agrawal is clearly watching his every move. In response to his edit button poll, which currently has 2.6 million responses, he urged voters to do so "carefully".

"The consequences of this poll will be important," he said, echoing the exact same words Musk used after he launched his free speech Twitter poll.

Jack Dorsey had always rejected the idea, and critics point out that it could allow people to fundamentally change the meaning of tweets after they have been shared.

It would be a big change for Twitter to include an edit button, and Musk is clearly keen to be part of that conversation. 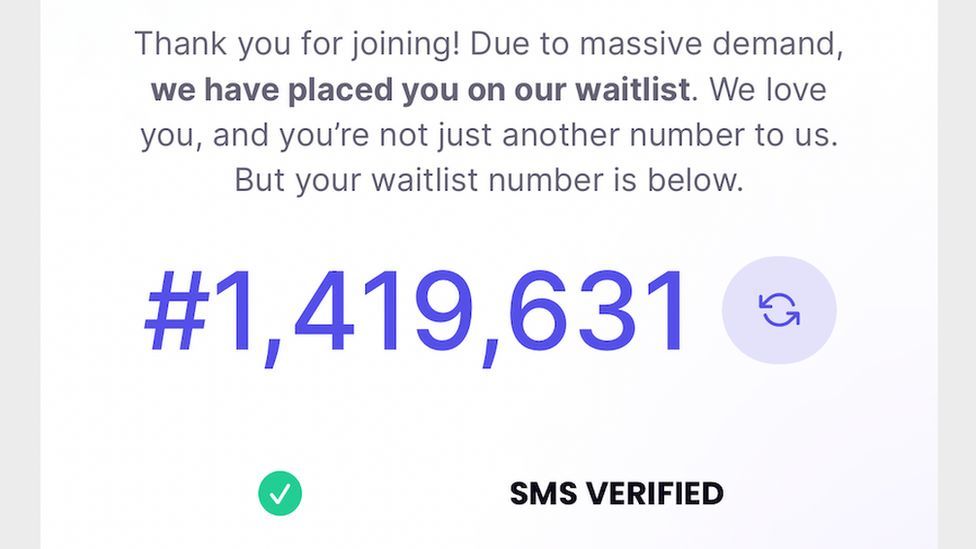 For a while last month, it looked as if Musk was intent on building a new social media platform as a rival to Twitter - and there he does have precedent from another prolific and controversial tweeter.

Donald Trump, who was banned from Twitter in January 2021 after the Capitol riots, announced last autumn that he was launching his own social network - dubbed Truth Social - to "stand up to the tyranny of big tech".

But six weeks after its launch, there is a waiting list of 1.5 million who are unable to use it - with the platform branded a disaster by Joshua Tucker, director of NYU's Center for social media and politics.

According to Reuters, two key executives quit after the troubled launch.

For those with shares in Musk's many other businesses - Space X, Tesla, Neuralink, The Boring Company - there will doubtless be a sigh of relief that he didn't go down the same route as Mr Trump.

But there will also be concerns that he has yet another passion project to distract him from the serious business of running his established firms.

Not to mention the issues that might now be raised about the Twitter deal by the SEC.

Social media expert Casey Newton points out that it is not the first time a big tech firm has eyed Twitter. Microsoft chief executive Steve Ballmer once bought a four percent share of the company "and essentially did nothing with it," he writes.

But he goes on to say that Ballmer never tweeted like Musk did: "gleefully, annoyingly, constantly".

And it seems most likely that it will be from this Twitter account that Musk will let the world know what he intends to do next.