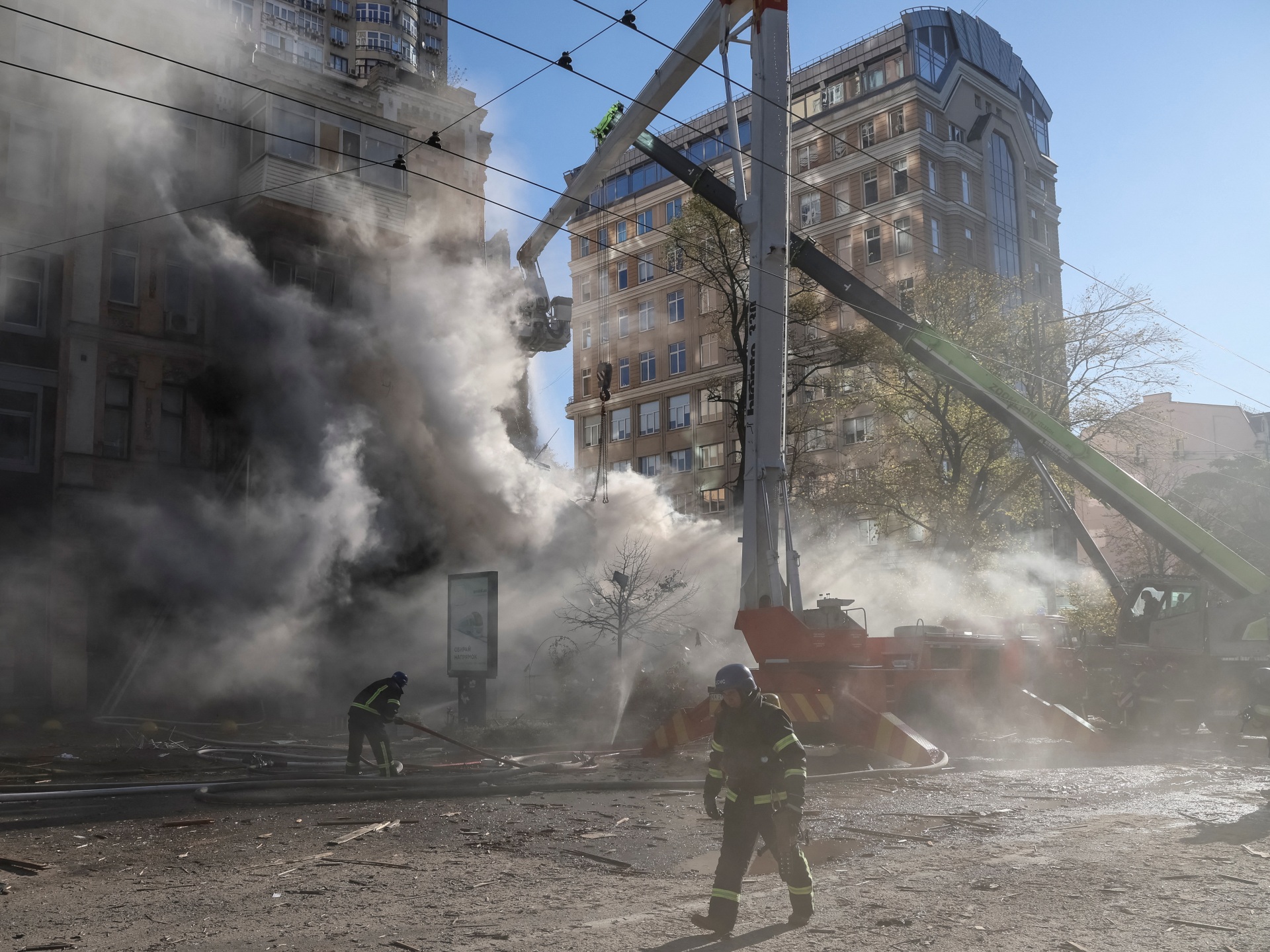 The White House has accused Iran of being “directly engaged on the ground” in Russian-occupied Crimea, helping to train the country’s forces on Iranian-made drones that have been used in attacks in Ukraine.

US National Security Council spokesman John Kirby said on Thursday that a “relatively small number” of Iranian personnel are operating in the Ukrainian region that was annexed by Russia in 2014.

“Tehran is now directly engaged on the ground and through the provision of weapons that are impacting civilians and civilian infrastructure in Ukraine,” Kirby said.

“The United States is going to pursue all means to expose, deter and confront Iran’s provision of these munitions against the Ukrainian people.”

Tehran has denied supplying Moscow with drones or helping launch them.

Russia has carried out deadly drone attacks across Ukraine, but the Kremlin has rejected reports that it is using Iranian weapons.

Speaking after a United Nations Security Council meeting on Wednesday, Russia’s Deputy Ambassador to the UN Dmitry Polyanskiy insisted the weapons had been made in Russia and condemned “baseless accusations and conspiracy theories”.

Kirby said on Thursday, however, that the Iranian drone systems “were suffering failures and not performing to the standards that apparently the customers expected”, which prompted the on-the-ground intervention.

“So, the Iranians decided to move in some trainers and some technical support to help the Russians use them with better lethality,” he said.

Kirby added that Washington will “continue to vigorously enforce all US sanctions on both the Russian and Iranian arms trade”.

The United Kingdom and European Union announced their own sanctions on Iran earlier in the day over the drones.

Russia launched the invasion of its neighbour in February after a months-long standoff that saw Russian President Vladimir Putin demand an end to NATO expansion into former Soviet republics.

But Moscow’s military campaign has been mired by setbacks. In recent months, Ukrainian forces — backed by US weaponry — recaptured large swaths of territory in a counteroffensive in the east of the country.

The drone allegations against Iran came as the US and its allies continued to impose sanctions against various Iranian officials and state institutions over a crackdown on anti-government protesters in the country.

Iran is witnessing nationwide demonstrations sparked by the death of Mahsa Amini, a 22-year-old woman who was arrested in the capital, Tehran, for “unsuitable attire” last month. Amini died in police custody, but authorities deny that she was beaten or mistreated.

Washington has expressed support for the protests but said it is still willing to restore a 2015 Iranian nuclear deal based on mutual compliance. The pact saw Iran scale back its nuclear programme in exchange for sanctions relief.

On Thursday, Kirby said reviving the deal is not an imminent priority for the US administration.

“We’re not focused on the diplomacy at this point,” he said. “What we are focused on is making sure that we’re holding the regime accountable for the way they’re treating peaceful protesters in their country and supporting those protesters.”