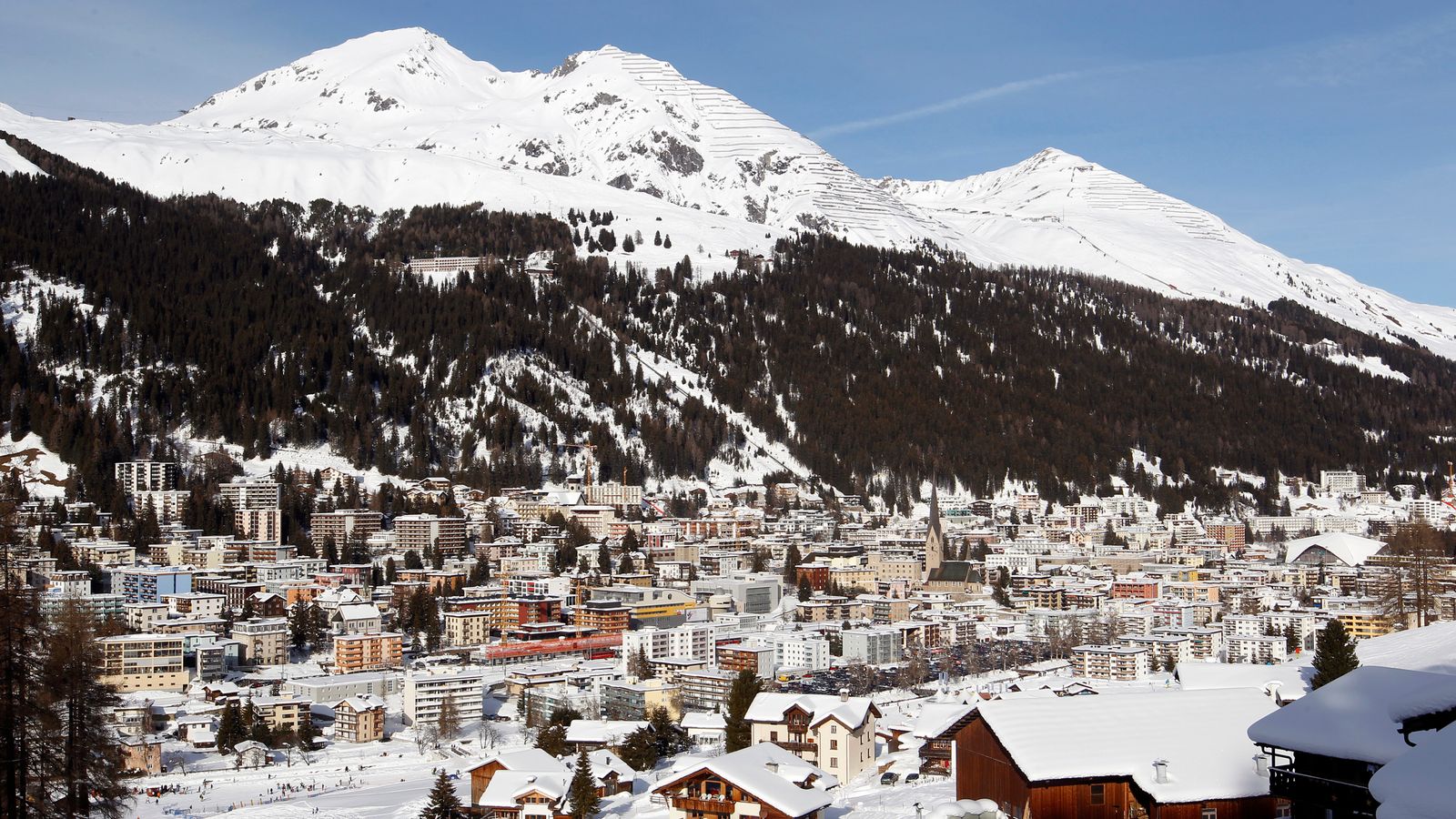 Why an absence of A-listers at Davos is not just deep trouble for the World Economic Forum, but for globalisation too

The world Davos thrived in is disintegrating and the summit has fewer heavyweights attending than in years gone by as the era of globalisation itself appears to be ending.

Davos, the World Economic Forum (WEF) and its founder, Klaus Schwab, have become more famous than ever before in the past couple of years - albeit not for the reasons they might have wanted.

As COVID-19 spread and the world battled the pandemic, Mr Schwab and the WEF, not to mention regular delegates such as Bill Gates, became the subject of a suite of outlandish conspiracy tales, most of which came back to the premise that they were hell-bent on world domination.

Leaving aside the lurid detail of these stories, they seem to have missed the most important point of all, far from becoming more powerful than ever before, Davos is failing.

Before we go any further it's worth pointing out that pinning down what Davos "is" is surprisingly tricky.

At its core, it is a four-day-long meeting of businesspeople, politicians, academics, campaigners and, yes, celebrities, up the mountain in a Swiss ski resort.

There are speeches from world leaders, forums where people talk about the big issues of the day, from poverty to climate change to inequality and countless meetings and parties outside the official World Economic Forum cordons.

Bankers come here to meet potential clients and do deals in hotel suites, politicians have quiet bilateral meetings with their peers and with businesspeople.

But there are two overarching reasons why Davos matters. The first is: convening power.

The second is something deeper: most of the delegates here benefit from a world where capital and trade move freely from one part of the world to another. This place is not the explanation for the globalisation of the past few decades, but it has certainly thrived in that world.

And on both of these fronts, things are not looking good for Davos.

There are plenty of A-list delegates coming to the forum this year, from German Chancellor Olaf Scholz to US climate envoy John Kerry, not to mention the business mainstays like JP Morgan chief executive Jamie Dimon and, of course, Bill Gates. 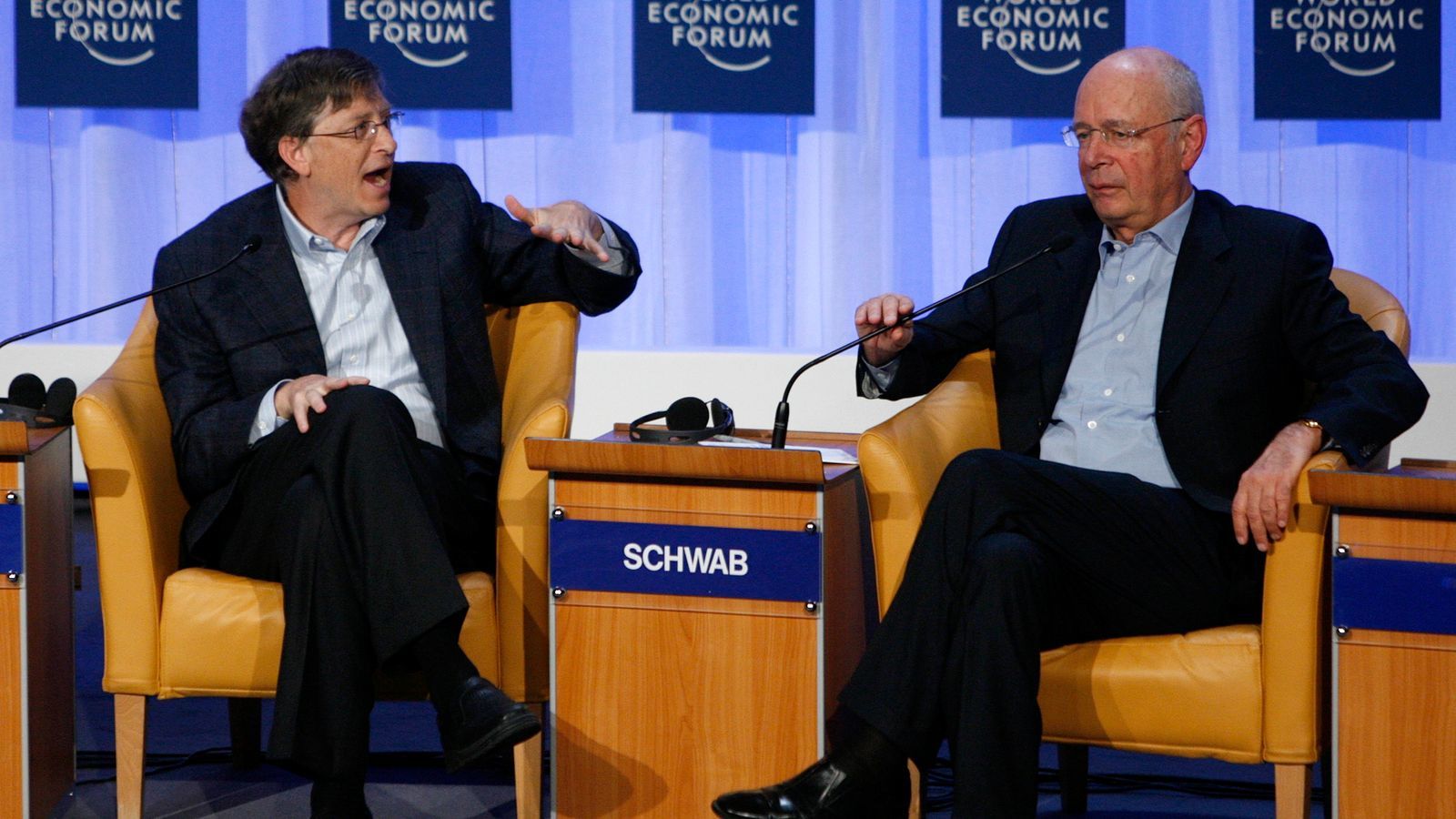 Microsoft founder Bill Gates (L) talks to Klaus Schwab, the founder of the World Economic Forum (WEF) in Davos in 2008
But the guestlist this time around looks considerably less heavyweight than usual.

There is no US president, no UK prime minister and even Emmanuel Macron is giving the meeting the cold shoulder - little wonder given these nations, and so many others, are battling a cost of living crisis back home.

The end of globalisation itself?

But more important still is the fact that the very world Davos thrived in is disintegrating.

There is a war in mainland Europe. Indeed, some have described the conflict in Ukraine as simply the earliest movements in a world war.

Relations between China and the West are at a new low point. Countries around the globe are re-engineering their supply chains, and the era of untrammelled globalisation seems to be ending.

Davos has been written off many times before (possibly including by yours truly) yet it has managed each time to defy such prognostications.

A lot of people thought Donald Trump's election would spell disaster for the forum, yet he attended it more than once, and was here at the last winter meeting back in early 2020.

Yet there are two other reasons, on top of the two above, why Davos is facing its biggest threat yet.

The first is the pandemic that erupted shortly after that last winter meeting, which has undoubtedly dealt a blow to face-to-face events such as these.

Davos may be leagues bigger and more influential than most corporate jamborees, but at its core that's ultimately what this event is, and thanks to Zoom and remote working the corporate jamboree sector is trapped in a deep recession of its own.

The other issue comes back to something Klaus Schwab, the forum's founder, has often talked about before: the stakeholder economy.

This idea, his brainchild from decades ago, is that businesses do not exist in isolation: they are at a nexus of various different groups, from shareholders to customers to employees and, for that matter, the state and society in which they operate. 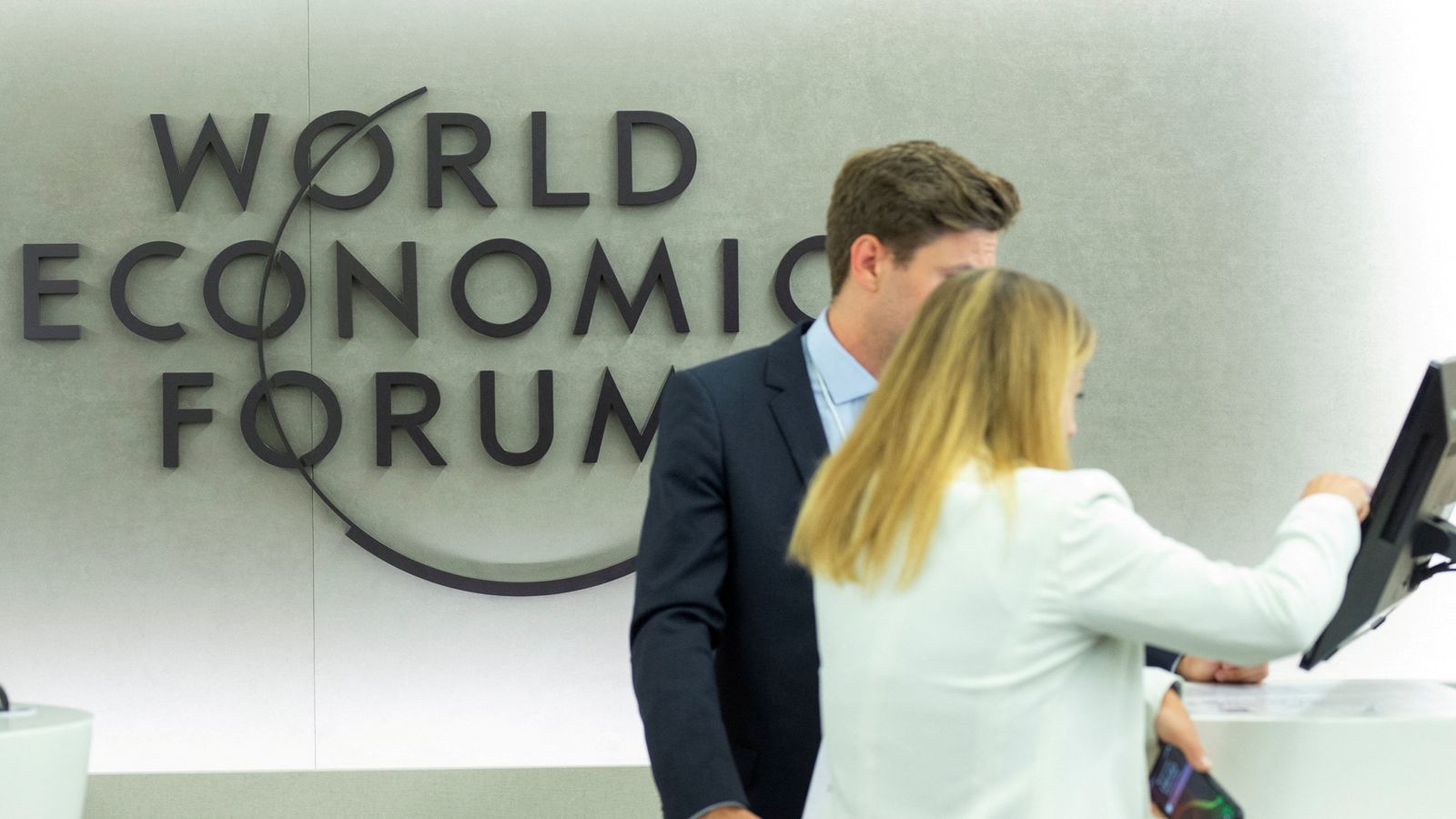 The idea was that by engaging more sensibly with each of these parties the stakeholders could all get along. The Forum's official motto is "Committed to Improving the State of the World" but it might have done better to borrow the old BT slogan: "It's good to talk".

Yet in the face of the cost of living crisis, these lines of communication seem to have frayed, or possibly snapped altogether.

There has been more industrial action in recent months than at any time in recent decades.

Dialogue seems to be failing.

On pretty much every front, then, Davos seems to be in deep trouble.

Far from gaining power in the past few years, it is under greater threat than ever before.

There will be fanfare aplenty from this Swiss town in the coming days: Ukraine, the state of globalisation, climate change - all of these issues will be discussed here by A-list panels.

But quietly, almost indiscernibly, this place is becoming less important as the world around it changes.