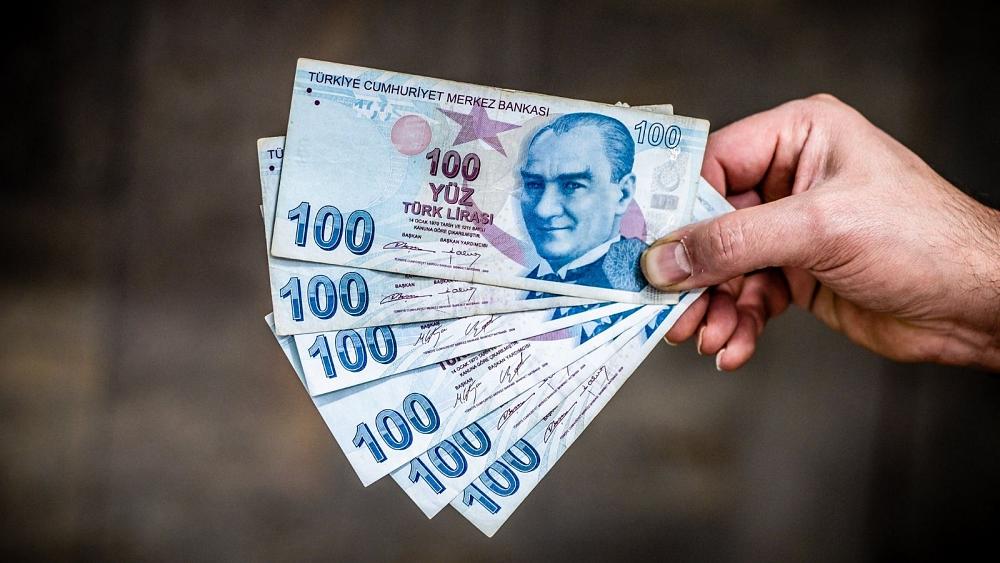 Why is Turkey's currency crashing and what impact is it having?

Turkey's currency is at an all-time low, as citizens rush to convert their savings. The fall-out of all this could make things difficult for President Erdogan.

Turkey’s beleaguered currency has been plunging to all-time lows against the US dollar and the euro in recent months as President Recep Tayyip Erdogan presses ahead with a widely criticised effort to cut interest rates despite surging consumer prices.

As a result, families are struggling to buy food and other goods and the Turkish lira has lost around 40 per cent of its value since the start of the year, becoming one of the world's worst-performing currencies.

Here is a closer look at the Turkish currency crisis and its impact on a country with eye-popping inflation.

What is going on with the Turkish lira?

Turkey’s Central Bank has cut borrowing costs by four percentage points since September, in line with Erdogan’s wishes, even though inflation accelerated to around 20 per cent.

Erdogan, who has been in power for some 19 years and has grown increasingly authoritarian, has long argued that high-interest rates cause inflation, contrary to what economists generally say: that increasing rates will drive down prices.

The rate cuts have raised concerns over the bank’s independence, while the country’s unconventional monetary policy has spooked foreign investors, who are dumping Turkish assets. And Turkish citizens are rushing to convert their savings to foreign currencies and gold to protect them from soaring inflation.

"People bring their savings and always want to buy dollars. When will it end, where will this go? They’re panicking," said Hulya Orak, a currency exchange office worker. "People are constantly in panic mode and are using money that’s under their mattresses".

As a result, the Turkish lira, which had barely recovered from a currency crisis in 2018, has been weakening to record lows against the dollar and the euro.

It crashed to a record low of 13.44 against the American currency on November 23 after Erdogan insisted there would be no turning back from his unconventional policies. On Tuesday, the lira plummeted again to an all-time low of 14 against the dollar after Erdogan reiterated that cuts would continue and amid signs the US Federal Reserve would tighten credit for consumers and businesses as inflation rises.

The lira recovered a bit Wednesday after Turkey's Central Bank announced it was intervening in the foreign exchange market to stem the volatility.

How have people been affected?

With inflation running at more than 21 per cent, according to government figures released Friday, the prices of basic goods have soared and many people in this country of more than 83 million are struggling to make ends meet. The independent Inflation Research Group, made up of academics and former government officials, puts the inflation rate at a stunning 50 per cent.

The devalued lira is driving prices higher, making imports, fuel and everyday goods more expensive in Turkey, which relies on imported raw materials. Meanwhile, rents have skyrocketed and prices for home sales, mostly pegged on the dollar, are increasing.

Every morning, long lines form outside kiosks selling bread a lira cheaper than in bakeries and shops.

"We are cutting down on everything," Sinasi Yukselen said as he waited in line. "I used to buy 10 loaves, now I buy five. We’ve given up trying to buy meat".

At a shopping centre selling discounted goods in Ankara, Emine Cengizer said she wanted to buy her teenage daughter a winter coat but left empty-handed.

"If I buy the coat, we won’t have anything to eat for the rest of the week," she said.

"When your salary gap between what you can earn in Turkey versus what you can earn abroad widens so much, it’s just going to be very difficult for us to keep those highly educated white-collar people at home," she said. “And that’s that’s a major threat for the future of the country".

The Turkish president has been pushing for low borrowing costs to stimulate the economy, boost growth and exports, and create jobs. He has vowed to break the cycle of an economy dependent on short-term “hot money” lured by high-interest rates.

Economists say raising borrowing costs eases inflation, which has been surging worldwide as the economy recovers from the coronavirus pandemic but is especially acute in Turkey because of the government's unorthodox policies.

A devout Muslim, whose religion regards usury as a sin, Erdogan has described interest rates as “the mother and father of all evil.” He has fired three central bank governors who resisted lowering rates. In a further shake-up, Erdogan on Thursday appointed a new finance minister considered to be supportive of the push for low borrowing rates, leading to a slight decline of the lira. 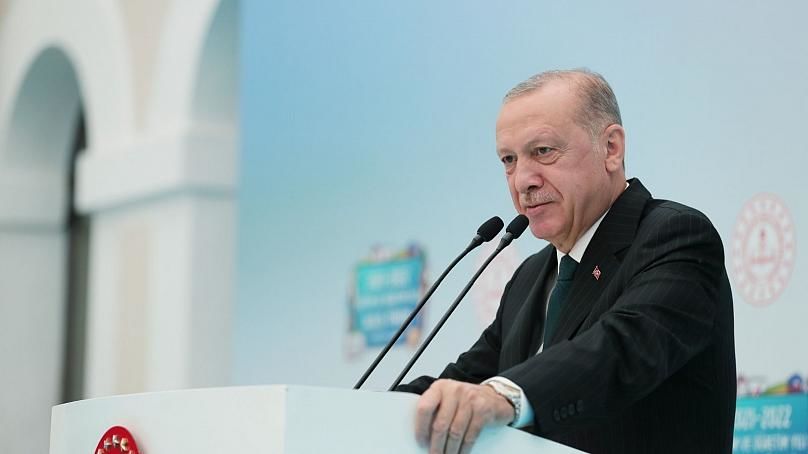 President Erdogan speaking at a conference earlier this year.

"With the new economic model, we are pushing back the policy of attracting money with high-interest rates. We are supporting production and exports with low interests," Erdogan said this week.

The Turkish leader has blamed the currency crash on foreign forces bent on destroying Turkey’s economy and says his government is waging "an economic war of independence".

Demiralp, the economist, says the government is doing the opposite of what is normally done to tamp down prices.

"The central bank claims that by cutting interest rates, they’re going to contain inflationary pressures. The markets are not buying this story," she said.

Turkey is focused on growing the economy rather than controlling inflation, Demiralp said, “but I think even growth is highly questionable at this point because you are going to see more contraction coming as a result of the panic and uncertainty and escalating costs coming from this crisis.”

What's the political impact for Erdogan?

His early years in power were marked by a strong economy that helped him win several elections. Recently, soaring consumer prices have hurt his popularity, with opinion polls pointing at unease over his economic policies even among supporters.

Last week, police broke up small demonstrations that erupted in Istanbul and several other Turkish cities by groups protesting the high cost of living. Dozens of people were detained.

An alliance of opposition parties that have formed a bloc against Erdogan’s ruling party and its allies has been climbing in opinion polls. Members of the opposition coalition are calling for early elections and accusing Erdogan of “treason” for mismanaging the economy.

Erdogan has refused to call early elections, insisting voting will take place as scheduled in 2023.

He said this week that the government is working on programs that would create 50,000 new jobs and it is expected to raise the minimum wage.

"We are preparing to, one by one, take steps to comfort citizens whose purchasing power has fallen," Erdogan said. 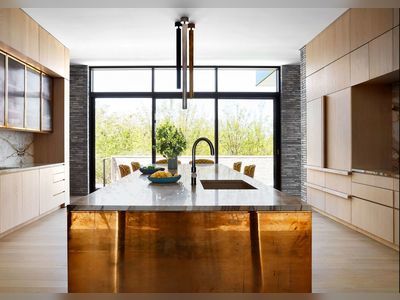 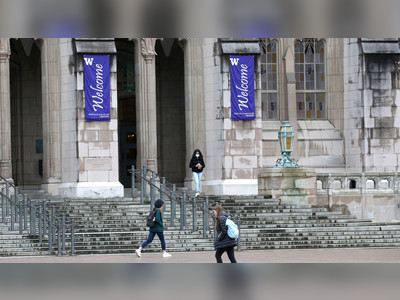 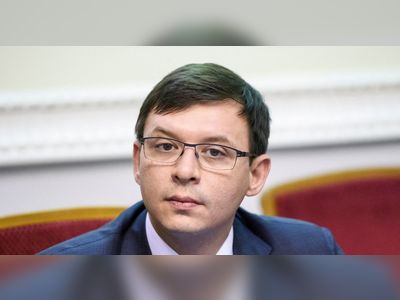