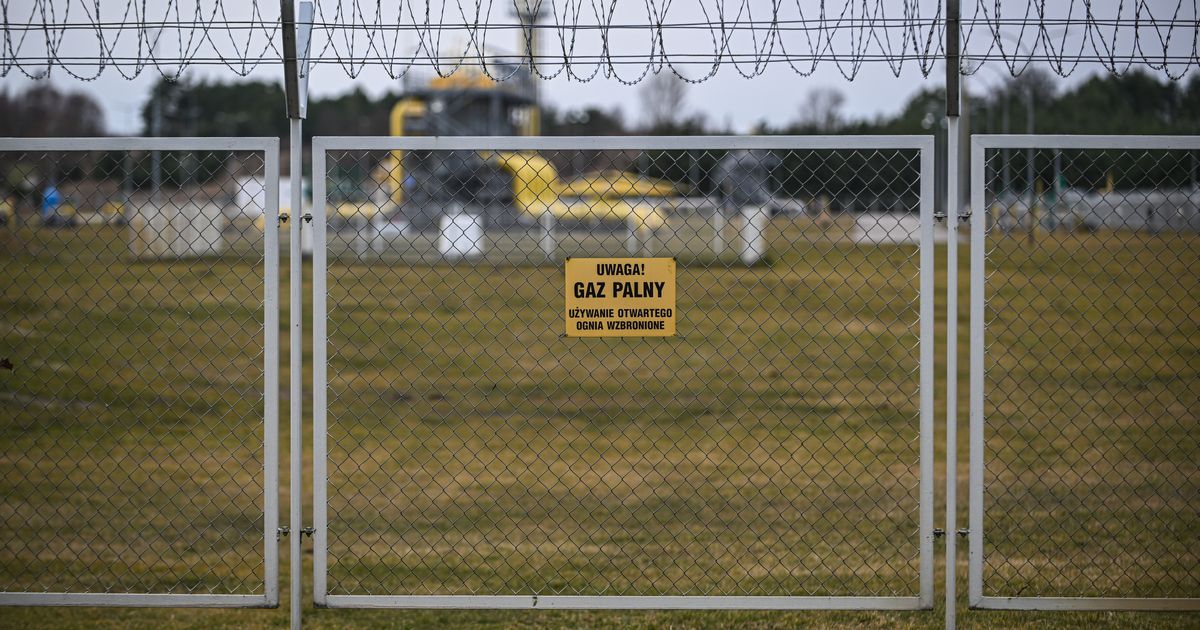 You’re next: Kremlin warns anyone not paying in rubles also faces gas shutoff

The European Commission insists that paying for gas in rubles ‘is a breach of our sanctions.’

Any country refusing to bow to the Kremlin's demands to pay for natural gas in rubles will face the same fate as Poland and Bulgaria, Moscow warned after those two countries saw their deliveries drop to zero on Wednesday.

"Payment in proper form will be the basis for the continuation of supply," said Kremlin spokesperson Dmitry Peskov, referring to a March 31 decree signed by Russian President Vladimir Putin demanding that all gas payments be made in rubles.

The European Commission insisted on Wednesday that payment to Russia in rubles is forbidden as it undermines sanctions imposed after it invaded Ukraine.

"Our guidance here is very clear," said Commission President Ursula von der Leyen. "If this is not foreseen in the contract, to pay in rubles is a breach of our sanctions."

She added a warning for companies with contracts denominated in euros or dollars — accounting for 97 percent of EU gas deals with Russia. They "should not accede to the Russian demands, this would be a breach of the sanctions, so a high risk for the companies.”

That sets up a major clash between the EU, which gets 40 percent of its natural gas from Russia, and Moscow, which depends on those sales and which can't easily shift gas deliveries from European to Asian markets.

But six EU diplomats countered that Brussels' instructions have been anything but clear — and instead potentially undermine EU unity on the issue.

In guidance issued earlier this month, the Commission said companies could open an account with Gazprombank (as requested by Moscow) to make payments for gas in euros or dollars (as specified in their contracts) and then issue a declaration that their payment obligation ends with the deposit of funds. That leaves any later conversion into rubles in Russian hands.

But the Russian decree only considers payment obligations met once the currency conversion is complete.

For the Commission's payment fudge to work, Russia has to agree to play along. Putin's decree allows for exemptions at Russia's discretion but does not detail the process for requesting or granting such privileges — handing Putin the chance to play favorites in issuing waivers, or to announce that companies engaging in the workaround really are paying in rubles in defiance of EU sanctions.

One EU diplomat described the Commission’s guidance as a “trap.”

"We expected the Commission to deliver a clear message" that Russia's instructions breached sanctions, said a second diplomat. "Instead we got instructions on how companies are supposed to deal with Gazprom on their own."

"This is the key issue: will all European countries follow the EU indication to pay only in Euros/Dollars as indicated in the contracts? Or will some decide to go their own way, complying with the Russian request," said Simone Tagliapietra, an energy expert with Bruegel, a Brussels think tank.

At a meeting on Wednesday, "several ambassadors made critical comments about that ambiguity and asked for more clarity,” a third EU diplomat said. "The goal was to all have the same understanding of what’s possible and what’s not, but there have been clear differences in interpretation.”

When asked by POLITICO whether the Commission still condoned EU companies opening Russian payment accounts in the wake of the gas shutoff to Poland and Bulgaria, a Commission spokesperson on Wednesday said: "There has been no change to the guidance."

For now, an angry Moscow is showing no sign of budging.

Peskov said that the ruble measure was retaliation for Western sanctions, which froze more than $300 billion in the Russian central bank's currency reserves. “This need was dictated by the fact that, as you know, they blocked from us — or, to put it plainly, stole — a fairly significant amount of our reserves."

Both Poland and Bulgaria said they had made payments on time for their gas — but not in Russian currency — but were still cut off.

However, both countries are fairly resilient to an immediate shutdown of Russian gas, especially now that home heating demand has fallen with the end of winter. Neither one uses much Russian gas for generating electricity, and both said they have enough in storage and supplies from other sources to ride out an immediate crunch.

Countries further down the line, like Germany, Italy and Austria, could be more vulnerable.

A shutoff due to nonpayment in rubles "would have dire consequences for the German and European economies," said Jonathan Hackenbroich with the European Council on Foreign Relations. "Factories would have to curb production, or even close. Some key industries could be lost forever, and it is in fact hard to assess the full range of consequences."

Austrian Chancellor Karl Nehammer reiterated on Wednesday that gas company OMV "will continue to pay for gas deliveries from Russia in euros. Austria is sticking to the jointly agreed EU sanctions."

The German economy and climate ministry said it will follow the Commission's guidance, telling its companies to make payments in euros or dollars to a Gazprombank account, and declare their payment fulfilled.

A spokesperson for the Dutch economy and climate ministry said the Netherlands is also hewing to the EU recommendation stating that payments can still take place in some cases.

Italy's Eni declined to comment on the matter, and France's Engie did not respond to a request for comment.

The problem is set to grow as more bills come due: Payments for April gas deliveries usually must be made in May under standard industry invoicing, according to a report by the Oxford Institute for Energy Studies.

Moscow insists that ending gas deliveries to Poland and Bulgaria and threatening other customers won't ruin its commercial reputation.

"This is not blackmail. Russia has been and remains a reliable supplier, committed to its obligations," Peskov said. "The conditions that have been fixed in the presidential decree, the need for them has been caused by unprecedented unfriendly steps against us."

But even at the height of the Cold War, Moscow kept energy sales divorced from politics.

Russia briefly cut off gas to Ukraine in 2006 and 2009 over payment disputes, but what's happening now is permanently undermining Russia's relationship with its largest gas buyers, EU leaders said.

Russia's "suspension of the gas flow is a gross violation of contract and it is blackmail to implement a plan for payment in rubles through third parties, which wasn’t agreed," Bulgarian Prime Minister Kiril Petkov said Wednesday. "We will not succumb to such a racket."

Gazprom's contracts with Poland and Bulgaria expire at the end of this year, and neither country planned to renew. Gazprom's move ends those links even sooner.

"Today Poland has become gas independent from Russia. We are not threatened by any blackmail," Polish Prime Minister Mateusz Morawiecki said on Wednesday.

Petkov added that Sofia was examining all of its contracts with Gazprom, including transit deals allowing gas to be pumped across Bulgaria to other countries. Polish utility PGNiG said it would sue to force Gazprom to resume supplies and seek damages.

For the European Commission, those threats and counterthreats are strengthening the view that the bloc can no longer rely on Russia.

"The era of Russian fossil fuels in Europe will come to an end," said von der Leyen. "We are determined to make this happen as soon as possible ... for good and forever."